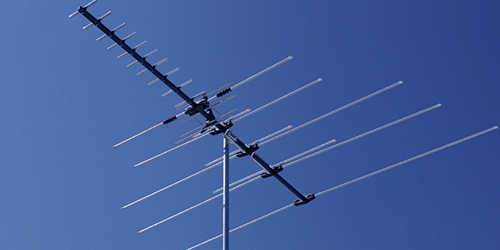 We tend to focus on two cord cutting solutions on this site: over-the-top streaming services (like Netflix) and free over-the-air TV (which you can access with an antenna). These two solutions usually live on different devices – but, if CES was any indication, that is going to change this year.

For the overwhelming majority of those who use both OTA and OTT, switching between the two involves changing the input on your TV. The most cost-effective OTA solution is a simple antenna, which you can plug directly into the back of your TV. It hangs out on a different input than your streaming solutions, which probably come through the HDMI port via a Chromecast, Roku, or other device.

It has been possible to integrate your OTA and OTT solutions for a while, but the answers were usually either pricey or short-lived. For instance, you could opt for a Tablo or another OTA DVR and then use an app to set access the OTA broadcasts on a streaming box. But then you're talking about hundreds of dollars for the DVR and subscription – and you still need the streaming box and the antenna. That's a high price to pay just to avoid hitting the “input” button on your remote.

Still, many of us want to see OTA and OTT come together a bit more. Cord cutting solutions are modular, and that's a strength – but they shouldn't be entirely separate.

As manufacturing costs fall, products that were once only for early adopters become mainstream. And 2017 is shaping up to be the year that OTA/OTT integration goes mainstream.

When we asked Nuvyyo CEO Grant Hall last spring if he was worried about streaming boxes adding TV tuners, he told us no, saying: “[A]dding the ATSC capability and the capability to transcode it and stream it to other devices is not inexpensive (…) If Apple or Roku were to add that to their box, that would add a substantial additional cost to that box, an additional cost to the end user.” 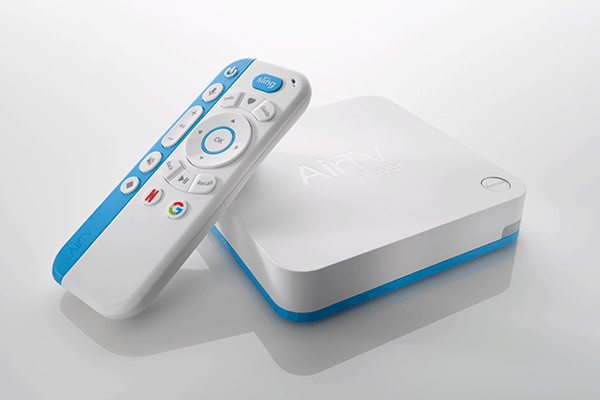 But a lot can change in a short time in this business, and now our question seems prescient. Sling TV parent company Dish has released a new streaming box that offers a $50 tuner dongle, making it the first streaming box to truly integrate OTA.

Then there's Mohu, which just released a wireless antenna. No wires means that the antenna is essentially taking an OTA broadcast and making it stream over your Wi-Fi. The new device uses an app, so in practice it works a lot like the live streaming portion of the Tablo's functionality. The difference is the price point: at $150, the new device is much closer to being a product for the masses.

We're less than two weeks into 2017, so this trend has plenty of time to more fully develop. I expect it to do so. Other streaming box companies are not going to sit idly by while a newcomer boasts a huge new feature that sets it apart from the competition. Look for companies like Roku and Amazon to bring tuners to their streaming boxes, too (it's worth remembering that Roku already integrates the OTA input into its menu on its smart TVs, and that Amazon just announced that it, too, is getting into the smart TV business).

Similarly, expect other antenna companies to make moves toward adding wireless antennas. Expect prices to drop on devices like these. OTA DVRs will have to compete, too. We've already seen (pricier) OTA DVRs that drop the subscription fees, which cord cutters tend not to want to pay for. Might we see further price reductions as other options for watching OTA broadcasts go mainstream?

It's still very early in the year, but it's an exciting time to be a cord cutter. As more consumers realize how great OTA broadcasts are, more companies want to give us ways to watch OTA – and to switch easily between OTA and Netflix, Sling TV, and other OTT solutions. We'll just have to wait and see.

Correction: An earlier version of this piece incorrectly stated that the AirTV's OTA capabilities are built-in and misstated the price of the Mohu AirWave.