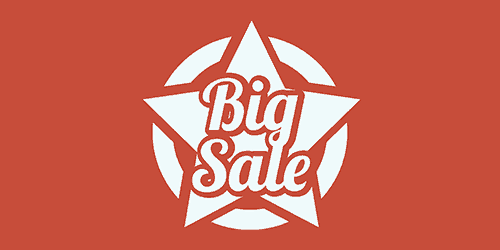 America's big discount weekend is coming to a close. It was a big one for cord cutters, with big markdowns on streaming services, streaming devices, and other cord cutter-friendly buys from Black Friday through today's Cyber Monday.

Traditionally a day for chaos in big box stores and other brick-and-mortar retailers, Black Friday has increasingly become an online phenomenon — good news for Amazon, which pushed its own Fire TV devices hard all weekend and continues to do so at the time of this writing (actually, all Amazon devices — including Echo devices and Fire tablets, as well as those aforementioned Fire TV devices — are on sale). Amazon also offered discounts on other cord cutting products, even giving consumers a deep discount on Fire TV competitor Roku at one point over the weekend.

E-retailers like Amazon were active on Black Friday, so it's no surprise that traditionally brick-and-mortar retailers like Walmart are now making a push on Cyber Monday. Walmart has some great streaming deals active right now, including a big discount on the Nvidia Shield.

But the most jaw-dropping deal of the weekend might be Hulu's huge offer. They're offering new (and eligible returning) customers 12 months of Hulu for 99 cents a month.

That's Hulu's streaming video on demand (SVOD) subscription, of course, not the Hulu with Live TV skinny bundle — but the price is amazing all the same. If you are looking for a Cyber Monday deal on a live TV skinny bundle, though, you can get your fix from PlayStation Vue (half off the “Core” plan for one month) or fuboTV ($15 off your first month of the “fubo Extra” plan).

If you prefer your live TV free, then you'll want to check out the over-the-air TV antenna deals available right now from Mohu.

As always, you can count on Cordcutting.com to clue you into great deals on cord cutting gear and services. Follow us on Facebook and Twitter for the latest.