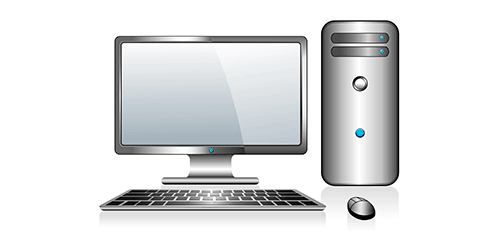 Not that long ago, streaming boxes were a new and tiny part of the cord cutting world. Most people who lived without cable watched their OTT services either on a media center PC or on a gaming console, and the Roku – which was the only streaming box in the game – had a relatively slim market share.

Now, everything has changed. With their small footprint, huge app libraries, and relatively low prices, streaming boxes have become legitimate options for cord cutters from all walks of life. They coexist in home that already own gaming consoles and computers, and they only seem to be becoming more common.

But the old solutions aren't dead yet – particularly the PC, which many cord cutters still use to run Kodi or server programs like Plex. There are a few of us still using PCs as media centers, but is the PC really a better choice than the sleek streaming boxes on the marketplace? Yes – and no.

When you have a media center PC in your entertainment center instead of a streaming box, you've made your TV one giant computer monitor – meaning that everything on the internet is at your fingertips.

That includes social media sites. Social media support is a place where streaming boxes still lag pretty badly. Roku has some private channel support for Twitter, but it's fairly limited. You can sideload Facebook onto Amazon's Fire TV, but the app doesn't work very well. With a media center PC, of course, you can just hop on the internet and view all of your social sites on your big screen.

PCs can also act as overpowered gaming consoles. Just like owning an Xbox One or a PlayStation 4, having a PC will give you streaming service access and gaming on one device. Streaming boxes, on the other hand, are still a bit behind on gaming. The Nvidia SHIELD can “stream” games from your gaming PC (if you have one), and the Fire TV has some decent time-killing games, but neither can compete with a gaming/media center PC.

You can also integrate OTA into your media center PC by using a PC TV tuner. This will let you watch live over-the-air TV on your computer, and some programs will even allow you to turn your media center PC into an OTA DVR or make your OTA content available over a local server.

Speaking of servers, you can set up a media server and make your local content available on all of your other devices. You need a computer to run a program like Plex, so why not have it pull double duty as your media center PC? (The one exception here is the Nvidia SHIELD, which can run a Plex server itself.)

On top of all this, PCs can do pretty much everything that streaming boxes can. You can buy separate remote controls and gaming controllers to replicate streaming box conveniences, and you'll still have access to streaming services with PC or browser apps, which is the vast majority of them.

There's really not much a streaming box can do that a PC can't – after all, streaming boxes are just little (less powerful) computers. The advantage for streaming boxes isn't what they do, but how they do it – their user-friendly, media-focused interface. 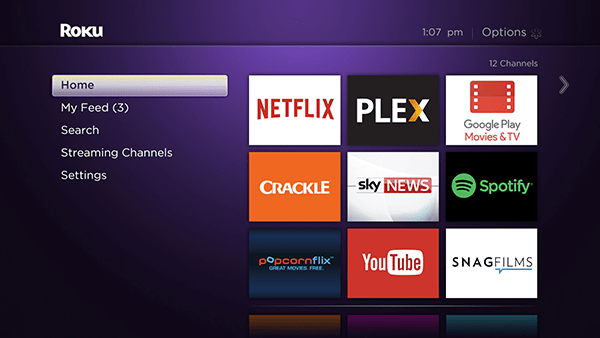 There's no Start Menu on a Roku, no endless settings or bloatware, and no real potential for malware. Roku's simple, lightweight OS isn't very customizable, but its “just works” style is perfect for a media center.

You can get a great interface from a PC, too, but you'll have to download a program like Kodi and set it up yourself. Streaming boxes have a simple, easy-to-use setup right out of the box.

Speaking of setup, setting up a streaming box is incredibly quick and easy. There are only a few cords to plug in and a few things to type, and you're good to go.

The must-have peripherals are also included. You'll get a remote control right in the box, often with voice search included.

Speaking of the hardware, the streaming boxes have a much smaller footprint than a PC tower. They'll fit more neatly in your entertainment center and will be more aesthetically pleasing out in the open next to your TV.

And, above all, streaming boxes are usually cheaper than PCs. You can re-purpose an old PC or laptop and save big, but a newly purchased one is likely to be far pricier than streaming boxes, which can usually be had for something in the ballpark of $150 – or far less in the case of the smaller streaming sticks.

One thought on “Is a Media Center PC a Better Choice Than a Streaming Box?”