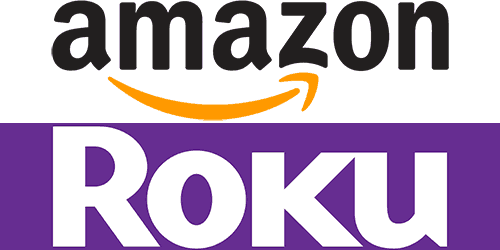 It's a good time to be a cord cutter. Not that long ago, streaming boxes were uncommon (Roku made just about the only noteworthy ones) and underdeveloped. Cord cutters had to watch their content on computer screens or use gaming consoles, and cord cutting just wasn't that user-friendly on the whole.

That's changed, thanks to the arrival of new companies in the streaming box space and the continued work of established companies like Roku. Now, cord cutters have plenty of great streaming box options – including the excellent Roku 4 and Amazon Fire TV. 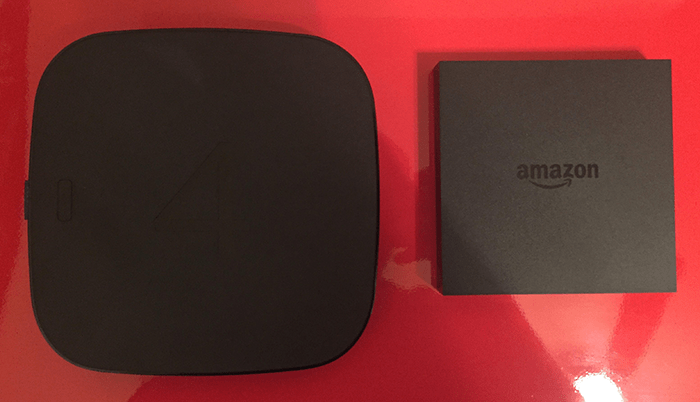 Both the Fire TV and Roku are black boxes, and both are easy on the eyes. The controllers are also very similar. Fire TV gains a slight edge here because of its smaller footprint, but both devices are very pleasant to look at.

There's probably no more important quality than this one. After all, we're talking about streaming boxes here – how they stream is the most important thing, right? Luckily for consumers, both of these boxes excel at streaming. Both are noticeably better than Wi-Fi-only streaming sticks like the Roku Stick, and both stream more reliably when wired with an Ethernet cable. Both support 4K UHD streams. There's really not much of a difference worth noting between the devices.

When I review streaming devices here at Cordcutting.com, I place the most importance on streaming quality and on this category, user experience. A streaming box's whole purpose is to put all of your content on one device and to make accessing it easy and pleasant.

Both of these devices have well-designed user experiences, but they have a slightly different character. While both devices are quite user friendly, the Fire TV has the simpler interface of the two. Roku's interface is also more agnostic, while Amazon's tends to surface offerings from (who else?) Amazon. This is where the narrative that ¢€œFire TV is for Amazon users¢€ comes in. I don't buy that completely – even if you don't have Prime or a big Amazon digital library, the Fire TV is still a good choice – but there's a kernel of truth to it. If you're a heavy Amazon user, you could call this category a tie; if you don't use Amazon at all, you could call it a blowout.

It's worth noting that the Fire TV is a bit more customizable, which may appeal to some users. You can even sideload apps that aren't designed to be used with the device. If you want to boil this down to a simple formula, the Fire TV vs. Roku battle is a little like the iOS vs. Android battle in the user experience department.

There are no shortage of apps on either device, and all of the major streaming services (like Netflix, Hulu, HBO, and YouTube) are covered by both devices. There are some missing ones on each service, though – FOX Sports Go isn't available on Roku, for instance, and the Fire TV is missing NHL TV.

Overall, I think Roku has more “real” channels than the Fire TV has apps. Amazon claims to have more, and technically does, but their app store has been growing so fast in a large part because of low-quality apps made from YouTube channels. It's worth noting that you can also sideload Android apps to your Fire TV. They don't always work, but it's kind of fun. Roku, too, can add “unofficial” apps via their “private channels.”

There's really no contest here. While neither machine seriously rivals gaming consoles or gaming PCs, the Fire TV boasts a pretty impressive lineup of games. Fire TV users can choose from addicting mobile-style games, ports of classics like Sonic the Hedgehog, and even some more modern console/PC ports like The Walking Dead (you can check out a few of my favorites in this piece I wrote on the best Fire TV games). Amazon also makes a gaming controller for the Fire TV and even sells the device and controller together in a ¢€œgaming bundle.¢€

Meanwhile, the less that's said about the Roku's gaming capabilities, the better. You'll find a few classic arcade ports, but that's about it, and there's no gaming controller.

, depending on the retailer. The Amazon Fire TV is a bit cheaper, at around $100, and sales sometimes bring it down even further.

Conclusion: What Are Your Priorities?

I'll tell you my personal favorite, but before I do, it's worth noting that both of these devices are quality products. You can't go too wrong with either of them. When it comes to choosing between them, you should try to consider your priorities. Do you have a large digital library already purchased on Amazon? Do you want the ability to sideload apps and tinker around with the device? If so, consider the Fire TV. Users who prefer a super-simple user experience, on the other hand, may prefer Roku 4.

In my book, the winner of this showdown is the Roku 4. Roku's advantages in app count and user experience aren't enormous, but they were enough to earn the device wins in the most important categories.