Network differences, overall speeds, and customizable TV options are the key differences between Xfinity and AT&T Internet. All three are covered in detail below. 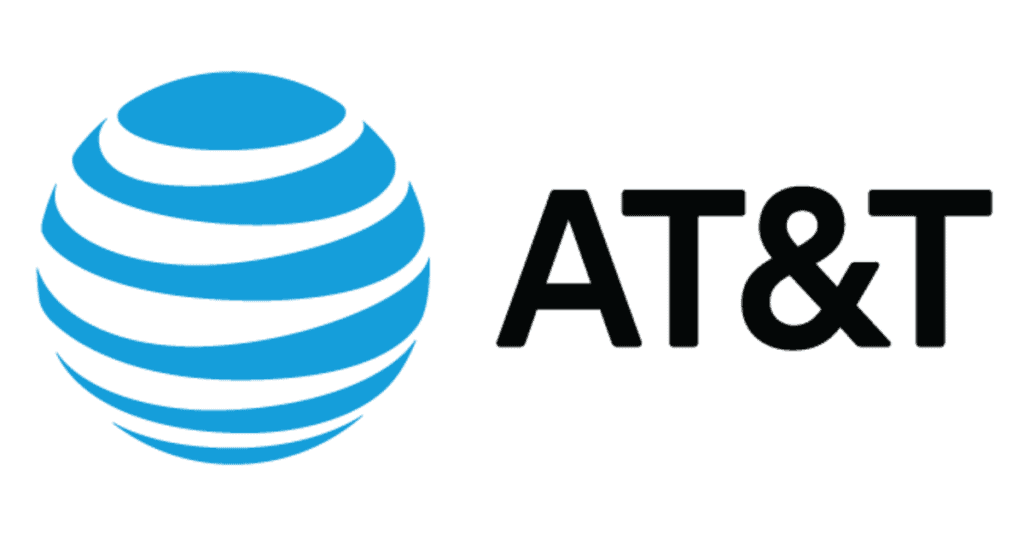 AT&T is a great choice for budget shoppers and students. They combine reliable speeds and widespread DSL coverage with flexible TV plans.

AT&T is commonly bundled with satellite TV from DirecTV, which offers some of the best entertainment options including NFL Sunday Ticket. DSL service isn’t usually as fast as cable from Xfinity, but it is often the best option in rural areas.

Xfinity’s data caps are high enough that most customers will have no problem streaming content, and their bundle pricing is good for those who prefer direct premium entertainment. Their x1 “smart TV” platform offers a good mix of on-demand and live programming.

Compare XFINITY and AT&T Internet at a Glance

The biggest difference between Xfinity and AT&T is the networks that power them.

Xfinity uses a Cable infrastructure to deliver digital data and TV service. In most areas, their network is “fiber to the node” (FTTN), which means that futuristic fiber-optic cables extend into your neighborhood, at which point data switches over to traditional coaxial TV cables (which have been around for decades and originally served Cable TV exclusively). Maximum speeds in most areas are well over 150 Mbps. However, bandwidth is shared within neighborhoods and connections tend to slow down during peak use times. (Usually afternoon/evening when everyone logs on to Netflix.)

AT&T is a bit more complicated in that they offer two distinct services: DSL and Fiber. For the vast majority of customers, DSL is the only option.

Although the VDSL technology AT&T currently uses is much faster than traditional DSL, it still clocks in a little slower than cable in most cases (closer to 75 Mbps). It’s still perfectly serviceable for the average household. (In general, most Internet users opt for plans in the 50 Mbps range anyway for cost savings.) The connections are also direct, so the speed you get will be much more consistent than Xfinity cable, even if it is slower overall.

The silver lining here is that AT&T has been upgrading their network aggressively, and true “Fiber to the Home” (FTTH) connections are becoming a reality in some cities. These connections offer speeds from 500–1,000 Mbps.

AT&T has also been integrating fiber into their network to relieve deteriorating copper networks, resulting in a hybrid fiber-copper system similar to Xfinity.

As you can see in the coverage maps below, there’s a strong chance that you are. AT&T and Xfinity are among the largest telecom providers in the world. Even in areas where AT&T doesn’t offer Internet or phone service, their DirecTV satellite service has almost universal coverage in the US.

Speed: Is Xfinity Faster than AT&T?

Speed may be the most important metric here — so we’ve collected speed averages nationwide to give an approximate idea of how each provider performs.

The Television Wars: X1 vs DirecTV vs Digital Cable TV 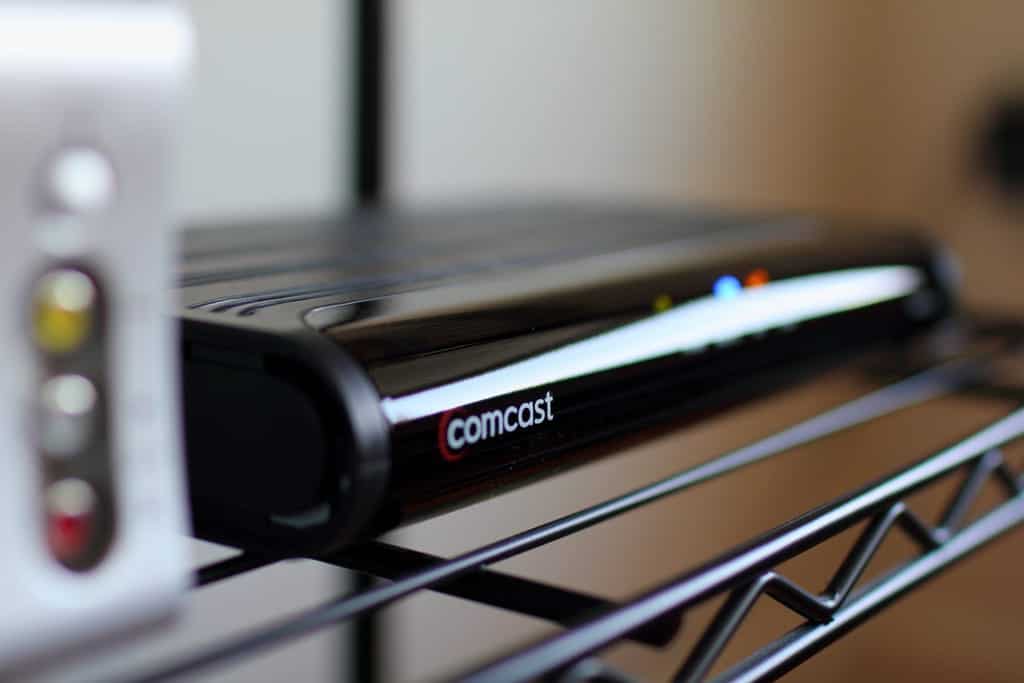 AT&T offers two distinct options for TV service: DirecTV, which is satellite and requires a dish; and AT&T U-Verse Digital TV, which is digital TV over the same network that carries their Internet data.

Of the two, DirecTV has more channels, better sports options, and nationwide availability. Their digital TV offerings are a little more limited, and in the long run will be rolled into a single package called “AT&T Entertainment.” Like DirecTV, this will likely include data-cap-free streaming to your mobile devices… so long as you use AT&T mobile, of course.

Xfinity’s X1 platform is mainly interesting because of the futuristic interface and advanced “smart DVR” options. It’s the clear winner for large families that need access to every channel, and detailed recording options.

So far as channels, the options are more or less the same — DirecTV is cheaper for TV-only service, while Xfinity is often cheaper as a bundled Internet/TV service. 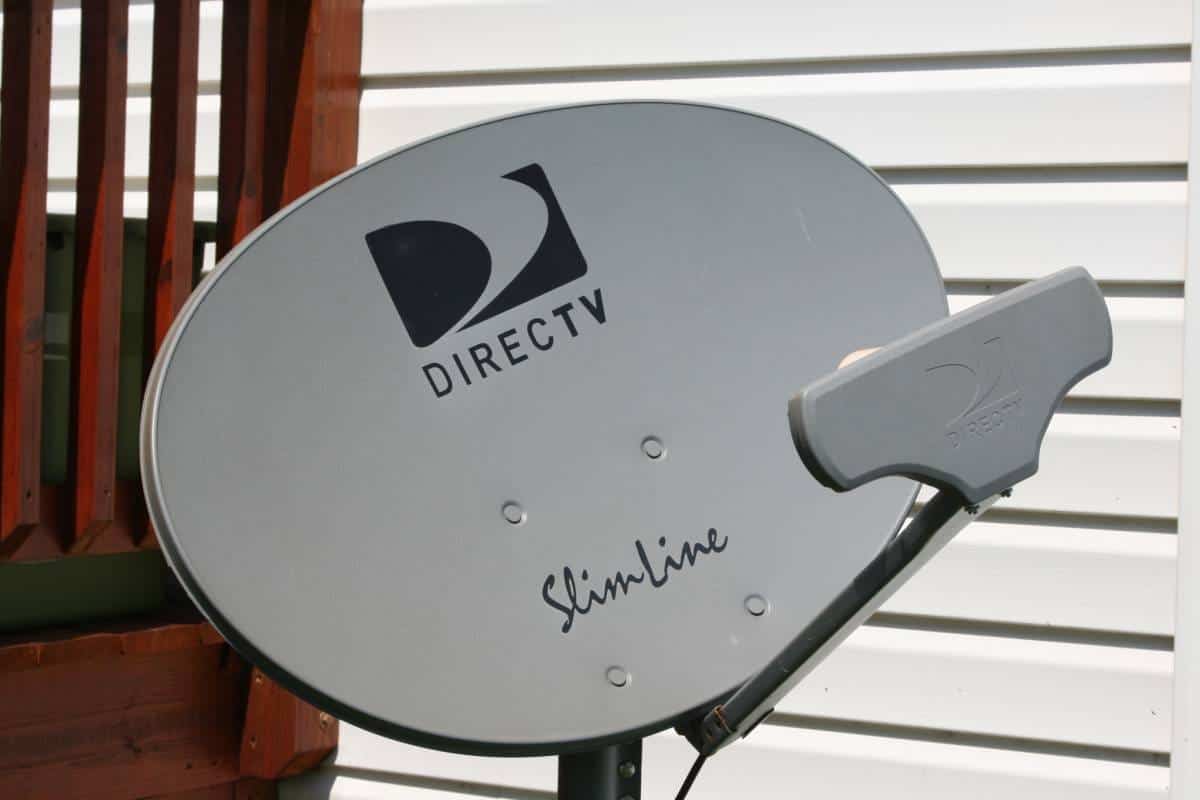 Access to NFL Sunday Ticket for sports fans is the main advantage DirecTV has over the other options. Xfinity, however, offers the best budget cable TV service with ridiculously cheap plans (around $20/month) for customers who only need a handful of channels.

Data caps: close to 200 Internet providers in the US have them now, in spite of widespread consumer outrage about the issue. As of this writing, Xfinity and AT&T both have data caps of close to 1 Terabyte in most coverage areas.

Data caps are a pain for frequent streamers and large Internet-active families. Limiting usage means that customers who use more than a Terabyte per month will have to upgrade to a pricey business-class plan — or face steep overage data fees.

That said, the average monthly data usage on Xfinity plans was only 100 Mbps as of June 2017, meaning that a customer would have to use ten times as much as other users to even come close to breaking the limit.

For context, I’m writing this on an Xfinity connection, and according to their dashboard I use around 150–200 Mbps per month. I use my residential 200 Mbps connection for a home office, and frequent bandwidth-heavy applications like Skype every single day. The speeds I get over Wi-Fi vary widely from 90/4 to 190/25 upload/download depending on how many neighbors are online.

Xfinity and AT&T rate similarly when it comes to customer service, with AT&T usually snagging a slightly higher score. Xfinity seems to have been upping their game in recent years, working to improve the quality of their call centers and make pricing more transparent.

Xfinity and AT&T both offer installation for a fee, which varies based on location and how much needs to be done to wire and/or hook up your home.

If you want to use your own modem and router, Xfinity is overall much friendlier about it. They clearly list recommended modem, router, and gateway makes and models across all price ranges, and setting up is easy. Using your own equipment can even save you the installation date and fee, assuming your home is already wired for Xfinity cable service. Just call when you’re ready to hook it up and they walk you through activation on the phone.

AT&T, on the other hand, has some caveats. Their fiber service requires the use of a leased AT&T modem. However, you can use your own router on top of that for network customization if you desire. Getting rid of the $5–10/month leasing fee that comes with it, however, is a no-go. (Unfortunately, this is true for most fiber services.)

AT&T U-Verse and DSL plans are more open so far as equipment, but they don’t make the process nearly as clear or simple as Xfinity. A shop for approved devices is available at the AT&T site. A more user-friendly list with third-party purchasing options like Amazon is available at approvedmodems.com.

Both AT&T and Xfinity will lease modem/router combo units for between $5–10/month. DVRs, set-top boxes, and other home networking equipment is available for additional monthly fees. With both companies, select equipment may be thrown in as a “freebie” with more complex bundled Internet/TV/phone plans.

Bundle plans are where AT&T adds the most value. If you need decent Internet, a landline phone, and excellent TV service, their pricing is hard to beat. Their DirecTV service is by far one of the best TV services nationwide, although their digital TV isn’t half bad either. If you’re lucky enough to have their fiber service at your address, there’s no question — at least try it out for 30 days.

You can view the latest promotions at our AT&T deals page.

If Internet service is much more important than TV for you, Xfinity will probably cost more but delivers better speeds in most areas. If you’re in a suburban area, it’s likely the Xfinity will have speeds at least twice as fast as the DSL competition.

Xfinity’s latest packages are collected and compared on our Xfinity deals page.

If you feel like the person you’re talking to on the phone for tech support isn’t helpful, don’t be afraid to just hang up and call back — you’ll almost certainly get routed to a different agent, who may be better able to assist you.

To recap: AT&T wins on TV and reliability, while Xfinity wins on network customization and speed.

For most customers, making the call comes down to speed requirements and which TV service you prefer. DirecTV gets our bet, but Xfinity competes hard on pricing. If you have a large family or don’t care much about the NFL, Xfinity has the most flexible pricing.

As for speed: Xfinity usually has better options, but AT&T is catching up fast.