Free over-the-air TV forms a huge part of what we cover here on Cordcutting.com, and for good reason. Surveys show that cord cutters are increasingly awakening to the potential of OTA TV, which offers many cord cutters the chance to watch local news and major network broadcasts for free.

But OTA TV has its drawbacks. You may not have to pay the cable company, but you also won't have your familiar cable box — or its ability to record programming and access the TV guide.

That's where companies like Channel Master come in. A new generation of DVRs is changing the way we look at OTA broadcasts. Now, consumers have the ability to record their favorite network shows, sporting events, and local news and play them on demand, blurring the line between OTA and on-demand cord cutting solutions.

Today, we're taking a closer look at one of these new types of DVRs. The Channel Master DVR+ is an OTA DVR that also includes some OTT support. Here's our complete review. 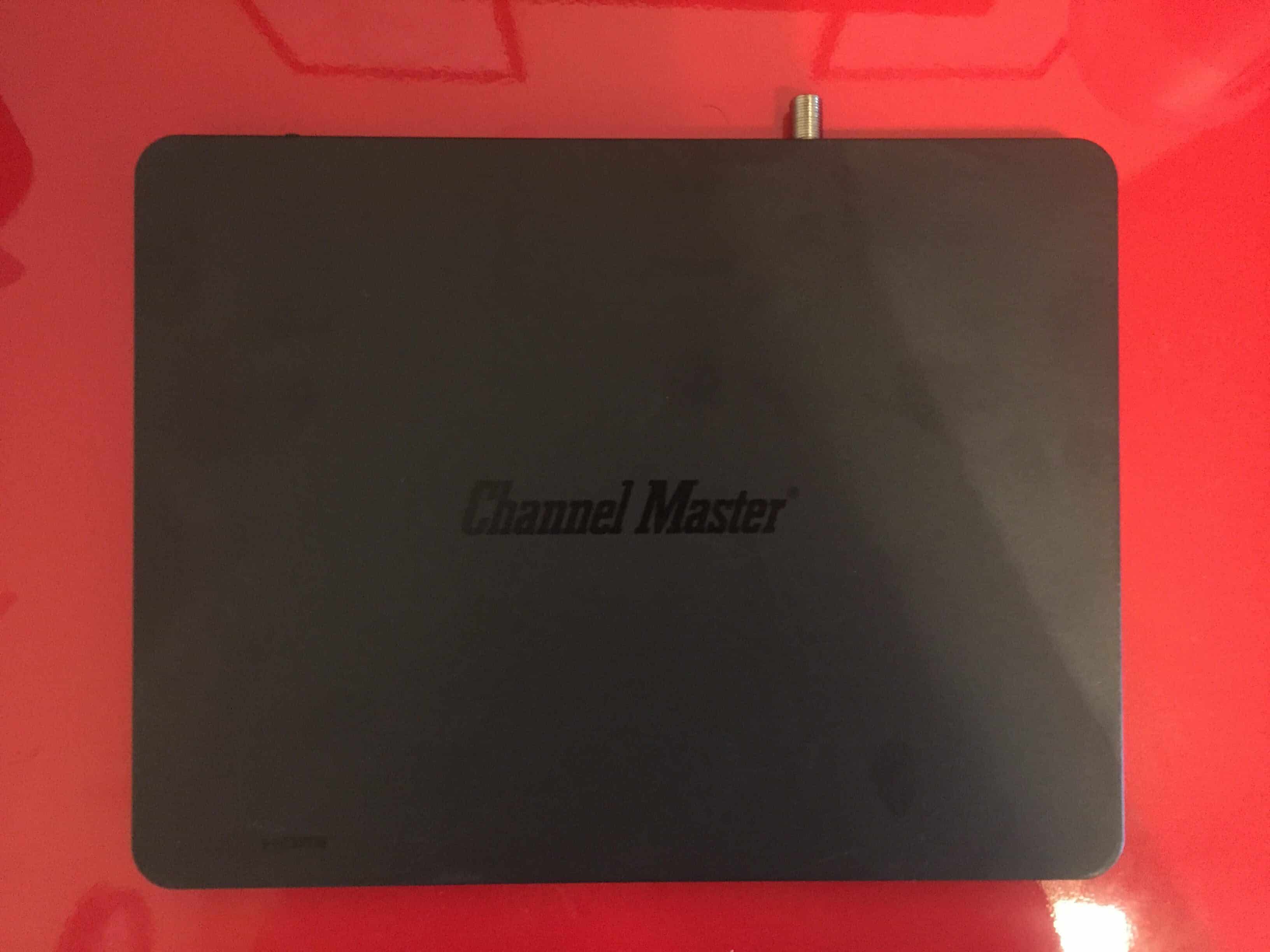 The DVR+ itself is a pretty straightforward-looking thing: it's a thin black rectangular tablet. In the box, you'll find the device itself, a power cord, a remote control, and an instruction booklet.

To do its job, the DVR+ needs to be set up like this: 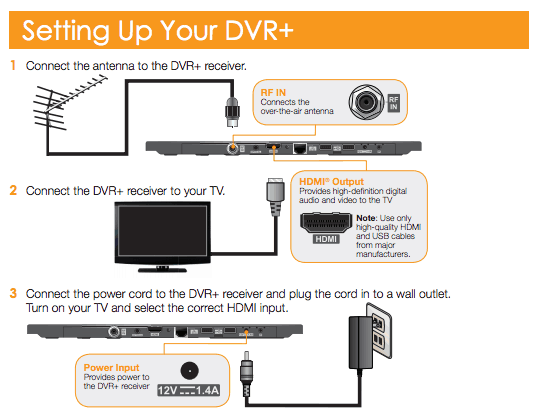 To record content and show TV guide information, the DVR also needs an internet connection, either via Ethernet cable or Wi-Fi dongle (not included). To store as many recorded shows as you're likely to want, the DVR will also need an external hard drive connected via USB (the device itself comes with just 16GB of storage). The hard drive is also not included.

It's a little frustrating that so many other things are needed for this setup, but not included. You'll need to buy the antenna, hard drive, and Ethernet cable or Wi-Fi dongle (optional) separately.

Once you've set it up, the DVR+ is a very pleasant device to use. Setup is simple: scanning for channels and choosing your location is all done through a quick step-by-step menu the first time you turn the device on. I used my own antenna, and it detected all the channels that it usually does. After confirming that I wanted to use the USB storage device and a wired network, things were off and running.

You can navigate through channels with the remote, which can also be programmed to control your television, making things nice and simple. The guide is pretty effective — not all channels have guide information, but the vast majority of them do (and all of the major networks are covered).

Choosing to record a show is as simple as hitting the “record” button. You can also select a show first to bring up a menu that lets you choose to change to that channel, record the show, or record all the shows that include the words in the title (in other words, record the series — though this method seems a little less precise than what is available on legacy DVRs).

I had no problems at all recording what I wanted to record, and the saved shows were easy to access. There didn't seem to be any way to search through them, though, which could make it tricky if you recorded a ton of stuff.

The DVR function uses the same antenna feed as the live TV, so any disruptions in reception that happen during recording will be preserved in your digital copy.

In addition to the product's core OTA features, the DVR+ also gives users access to OTT services like Sling TV and YouTube (sadly, most major players — like Netflix and Hulu — are not available). These services appear right in the channel guide, occupying numbers in the 900s.

Those aren't the only non-traditional channels available. A bunch of channel numbers above 200 and below 900 are occupied by Channel Master's own streaming channels, part of a service called Channel Master TV – which brings us to the next section.

Channel Master TV is a nice touch, and it hints at the massive potential of this product. Being able to get streaming channels in the same place as you access OTA channels is a huge step towards combing OTA and OTT into one simple cord cutting solution.

For now, though, Channel Master TV is mostly unfulfilled potential. The streaming channel selection is quite weak compared to Pluto TV – a lot are just news clip aggregation channels – and the programming isn't broken down on the TV guide screen (each channel just gets a description, without any program guide). That's not a huge deal, since the live streaming channels were never the DVR+'s selling point in the first place.

The Channel Master DVR+ retails for $250. Remember, that price doesn't include a Wi-Fi dongle, hard drive, or antenna. It's a little pricier than competitor Tablo's product, which goes for around $220 (Tablo's product comes similarly unequipped with antenna or hard drive).

Antenna DVRs are pretty awesome, but they don't come cheap. I was really impressed with everything that the DVR+ could do, and I really thought it upgraded my OTA experience quite a bit. But once you add in the price of an external hard drive (at least $50), you're looking at about $300 for the ability to record live OTA TV.

That's not that far off of the price of a traditional DVR, but there's less to be recorded when you limit yourself to OTA channels, so it's not a perfect comparison. The DVR+ isn't that overpriced relative to the competition, but this entire market space seems a little overpriced at the moment.

With that said, if you have the budget for it, the DVR+ performs quite well. It keeps things simple and does its job well. If you're willing to pay a few hundred bucks for the functionality Channel Master promises, you can rest assured that you'll get it.

4 thoughts on “Review of the Channel Master DVR+”