Over in the United Kingdom, they really know how to do a Christmas special. Holiday episodes of TV shows are a big deal over in Britain, where even shows that have wrapped things up for the season (or “series,” to the Brits) will make a triumphant return just for their Christmas episodes. So it’s no surprise that one of the U.K.’s longest-running TV classics has more than a few legendary Christmas episodes. Of all of the Doctor Who Christmas specials that have aired over the years, few are as beloved as the “A Christmas Carol” episode, which aired as a part of the 2010 season (series!). 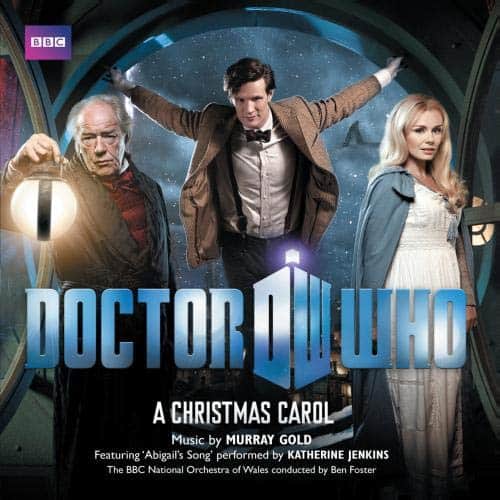 Doctor Who’s “A Christmas Carol” episode is worth watching this and every Christmas season, but that’s easier said than done. How can you stream this classic? Let’s take a look.

Where Can You Stream Doctor Who’s “A Christmas Carol” Episode?

Streaming shows like Doctor Who can be easy and convenient. When a show or movie is on a streaming service you subscribe to, you can simply log in and start streaming — most of the time, anyway.

The thing is, though, that most streaming services don’t just serve one country. Services like Netflix exist in the United States, but also in other countries in North America, Europe, Asia, and beyond. Each of these countries has its own copyright laws and streaming rights, and each of them also has its own Netflix library, which houses all of the shows and movies that Netflix has won the right to stream in that particular country.

This means that our task here is a two-parter. First, we need to figure out which streaming services offer Doctor Who’s iconic “A Christmas Carol” episode, and then we need to figure out which country or countries those streaming services offer the episode in. Fortunately, we’re up to the task. Read on to find out where to watch Doctor Who’s “A Christmas Carol” episode.

Where to Watch Doctor Who’s “A Christmas Carol” Episode Online


Pro Tip: With a VPN, you can unlock Netflix in the UK to stream Doctor Who's A Christmas Carol.
ExpressVPN is our #1 Pick.

What if Doctor Who’s “A Christmas Carol” Episode Isn't Available in Your Country?

It’s a funny thing: Sometimes, the show or movie that you want to watch will be available on a service you subscribe to, but not in the country where you live. When that happens, what can you do? Are you stuck with regional blackouts no matter what?

Good news: You don’t need a Tardis to travel to the right time and place to stream Doctor Who (or any other great show, for that matter). All you really need is a virtual private network — also known as a VPN.

VPNs are great ways to protect your privacy and encrypt your data. They can also make it look like you’re logging onto the internet from somewhere other than where you actually are, which can be a really handy thing in the world of streaming. With a VPN, streaming services’ foreign libraries are not out of your reach: Just set your location to a place where Doctor Who is available on a streaming service you already subscribe to, log in, and enjoy!


Did You Know: VPN's can make it look like you are in another country? ExpressVPN is our top-rated VPN that will allow you to stream Doctor Who's A Christmas Carol on Netflix.

Is the “A Christmas Carol” episode the best Doctor Who Christmas special ever? That’s for the die-hard Whovians to debate. But this episode is certainly in the top tier, and it’s well worth watching this Christmas. Starring Matt Smith as the Eleventh Doctor, this episode reimagines Charles Dickens’ A Christmas Carol as only Doctor Who could. The good Doctor himself stands in for the Ghosts of Christmas Past, Present, and Future, and he helps save the soul of a rich miser — and the lives of folks aboard a crashing spaceship, to boot. See more with the movie trailer below.

Looking for Things to Stream Next?

So there you have it: You now know how to stream Doctor Who’s “A Christmas Carol” episode. But there’s much more to watch online this holiday season, so don’t stop here! From Dr. Who to Whoville, the holiday season is full of classic TV specials. If you’re looking for another British classic, allow us to suggest The Office (UK)'s legendary Christmas special. If you’d rather watch a movie, you could stream Elf (2003) — or the arguably seasonal action classic Die Hard (1989). No matter what you want to watch this holiday season, we can help you find the best way to stream it online.