The holiday season is a beautiful time of year. It’s a time for family, for reverence, for holiness and love. It is also a time for Mr. Hankey, the Christmas Poo.

Yes: Mr. Hankey, the Christmas Poo! For fans of South Park, our beloved paper-animated Yuletide log is as much a part of the season as Christmas lights and presents. Cheerful and crass, the South Park Christmas special from season one is an annual must-watch in my household, and I can’t recommend it enough to my fellow degenerates. Whether you’re a first-time viewer or a longtime fan, here’s how you can watch “Mr. Hankey, the Christmas Poo” this holiday season. 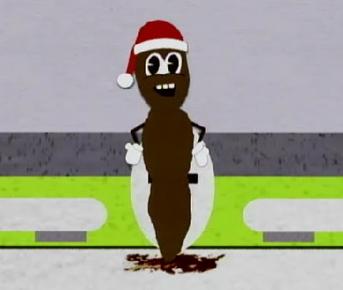 Where Can You Stream South Park’s “Mr. Hankey, the Christmas Poo” Episode?

Streaming services were supposed to make life easier — and, in many ways, they have! But they can also be a bit confusing. Now that there are so many different streaming subscription options, it can be tough to know which shows and movies are streaming on which services.

And it gets worse: Not only are there more streaming services than ever, but there are also multiple streaming libraries within each streaming service. Netflix, for example, shows users different titles to stream in the United States than it does in the United Kingdom or France. So what’s a streamer to do? Don’t worry: Just read on to learn exactly which services carry South Park’s “Mr Hankey, the Christmas Poo” — and where you’ll have to be in order to watch it.


Pro Tip: With a VPN, you can unlock Netflix in the UK to stream Mr. Hankey, the Christmas Poo.
ExpressVPN is our #1 Pick.

What if South Park’s “Mr. Hankey, the Christmas Poo” Episode Isn't Available in Your Country?

When you’re a streamer, there’s always the frustrating possibility that the show or movie you want to watch is available on a streaming service that you pay good money for — but not in the country where you’re living. What can you do then?

Well, you didn’t hear it from me, but some people use a virtual private network (VPN). VPNs are great things, and we strongly recommend them for all kinds of reasons — including the fact that their encryption and privacy features help keep you safer online. In the context of streaming, though, VPNs have one particularly delightful feature: Since VPNs route your internet traffic through other servers, they can allow you to appear to be somewhere that you’re not. Somewhere like — and this is just an example, of course — a country where “Mr. Hankey, the Christmas Poo” is available to stream.


Did You Know: VPN's can make it look like you are in another country? ExpressVPN is our top-rated VPN that will allow you to stream Mr. Hankey, the Christmas Poo on Netflix.

Back in 1997, our beloved Mr. Hankey made his debut in an episode of South Park called — what else? — “Mr. Hankey, the Christmas Poo.” As with so many other episodes in South Park’s incredible first season, “Mr. Hankey, the Christmas Poo” is a South Park classic. It delighted children, teens, and the young-at-heart (or humor) while horrifying parents and executives at Fox, who (and I am not making this up) actually tanked negotiations with South Park over season one’s controversial sentient poo, which is why Mr. Hankey made his debut, along with the rest of season one, on Comedy Central.

Looking for more to watch this holiday season? You could try streaming South Park’s twenty-odd other holiday specials, but if you’re looking for a bit of variety, we can help you out. Read our guide to streaming Doctor Who’s holiday special or our instructions for watching The Office (UK)’s Christmas special.