When you’re binge-watching a series, do you watch the Christmas special, or do you skip it? Either way, now is the time of year to go back and enjoy all of those special Christmas episodes. And if you’re looking for a unique blend of yuletide charm and cringe-inducing moments, then you’ll want to check out the Christmas special from The Office — the U.K. version, of course, for you connoisseurs of cringe.

But before you can drive the Free Love Freeway all the way to holiday town, you’ll need to take a short detour to our article below. That’s where you’ll find everything that you need to know about tracking down Britain’s cringiest Christmas special. Here’s how to watch The Office’s Christmas special online this year. 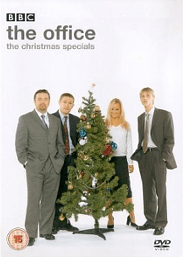 Where Can You Stream “The Office” (UK)'s Christmas Special?

If you’re a longtime fan of The Office, then you know that streaming the U.K. version can be tough. The U.S. version of The Office (which is also great, of course), is readily available — it has been on Netflix for years, and it will eventually make the jump over to NBCUniversal’s own streaming service, Peacock.

But The Office (UK)? Well, that’s a tougher one. And even if we were to tell you that The Office (UK) was on Netflix, that wouldn’t necessarily solve all your problems. Netflix maintains more than one library: Depending on where you are in the world, you may see different TV shows and movies on the service.

So which streaming service has The Office (UK) — and, specifically, the Christmas special from the UK version of The Office? Let’s take a look.

Where to Watch “The Office” (UK)'s Christmas Special Online


Pro Tip: With a VPN, you can unlock Netflix in Canada to stream The Office (UK) Christmas Special.
ExpressVPN is our #1 Pick.

What if “The Office” (UK)'s Christmas Special Isn't Available in Your Country?

Depending on where you live, our list could contain good news or bad news. Maybe The Office (UK)’s Christmas special is on a streaming service you subscribe to (that’s good!) — but it’s also possible that the Christmas special is only available in a country that you don’t live in (that’s bad!). So what can you do if The Office (UK)’s Christmas charms are being denied to you on a geographical basis?

One thing that you could consider is a VPN. VPNs are “virtual private networks,” and they’re a security measure that helps hide your data and encrypt your communications when you browse the web. To do this, VPNs route your traffic through servers elsewhere in the world — which means that your browsing appears to be happening from somewhere other than where you are.

In theory, this should allow you to trick Netflix or another streaming service into showing you the “wrong” streaming library. And, in fact, that can happen — as long as the VPN that you use isn’t blocked by the streaming service that you want to watch, and as long as you choose a server in the country that has the title you’re hoping to watch.


Did You Know: VPN's can make it look like you are in another country? ExpressVPN is our top-rated VPN that will allow you to stream The Office (UK) Christmas Special on Netflix.

Since 2005, fans have been asking: Which version of The Office is superior? The U.K. version is undeniably rawer, with a bit more grit and a whole lot more cringe. But the U.S. version has its fair share of cringe, too, and its long-run allowed it to explore the characters in-depth and give fans even more reasons to feel attached to them. Both versions also have great Christmas episodes, too (in fact, the American version has a bunch of classics among its nine seasons’ worth of holiday specials).

But the holiday special from the British version of The Office is really something special. It’s a two-parter, and it also serves as the U.K. Office’s de facto series finale. Christmas specials are a big deal across the pond, and The Office’s huge special plays into that while returning viewers, for the last time, to the grim little office that a film crew has been documenting for a few years. It’s a fitting farewell to the landmark mockumentary series, and a perfect reason to revisit the U.K. version of The Office at least once a year. Want to see a clip of the show? We've found a scene for you below.

The Office (UK)’s Christmas special is worth watching at least once a year, but even this two-part wonder won’t cover you for more than a couple of the twelve days of Christmas. To make sure you don’t run out of things to watch, check out our guides to streaming other Christmas classics — including the similarly British Doctor Who Christmas specials and the wonderfully crass South Park episode that introduced Mr. Hankey, the iconic “Christmas Poo.”