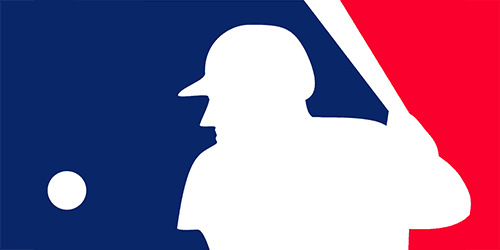 Disney's acquisition of 21st Century Fox has dramatically altered the landscape of the cord-cutting business space, and further changes are still coming. The next ripple effect will be the fate of Fox's regional sports networks (RSNs), which are to be auctioned off as a condition of the larger deal's approval by the U.S. Justice Department. Amazon is expected to be in on the bidding, and now a new suitor is hinting at a run on Fox's old RSNs: Major League Baseball.

That's according to none other than MLB Commissioner Rob Manfred, who told Fox Business Network host Maria Bartiromo that MLB is “interested” in the channels. After talking up MLB broadcast ratings, Manfred called the RSNs “really valuable, valuable assets” and hinted one possible MLB broadcast strategy, saying “we think that the combination of that traditional mode of delivery and the digital rights that we control is an opportunity for the game.” The Fox RSNs in question include channels that have ongoing broadcast deals in place with MLB teams.

MLB isn't necessarily going to close the deal, of course. “New Fox” – the company comprising the bulk of the 21st Century Fox assets that were not acquired by Disney in the deal – remains the front-runner to win back its old RSNs. Other big spenders, including Amazon, will be after the same prize. Further complicating the situation is that fact that an individual MLB team, the New York Yankees, has the right of first refusal to buy one of the RSNs, YES Network, which the Yankees already own 20% of. The Yankees can't afford to buy the whole thing on their own, but they are reportedly working with partners on a bid.

Regardless of how likely MLB is to actually land these RSNs, the league's thought process should be of interest to cord cutters. Traditionally, baseball has sold its broadcasts: MLB cuts deals with national broadcasters, while individual teams manage their local broadcast deals. But MLB also pioneered the direct-to-consumer streaming model with its MLB.TV service. With live TV's future a bit uncertain and with companies from outside the traditional cable/satellite space eyeing these RSNs, it makes sense that MLB would try to step in and replace its own broadcast middlemen. And if the league owned its own teams' local broadcast rights, that could bring the sport a step closer to ending regional blackouts on MLB.TV (currently, games being broadcast in a given area are blacked out for local users).

Underlying all of this is the fact that sports are still a big driver for live TV. Sports channels are a huge part of the reason that live TV bundles cost so much; but, without sports, it's reasonable to wonder how much longer live TV bundles (including legacy pay TV bundles and skinny bundles alike) could last at all in their ongoing war with on-demand streaming.

There's still a lot up in the air, but the fate of Fox's RSNs could be the first sign of a serious shift in live TV.