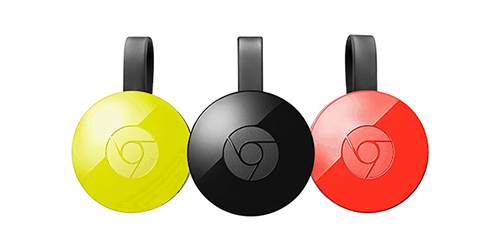 Google has totally redesigned the Chromecast, which now sports a circular shape and a smaller footprint. You'll also be able to choose from three different colors. 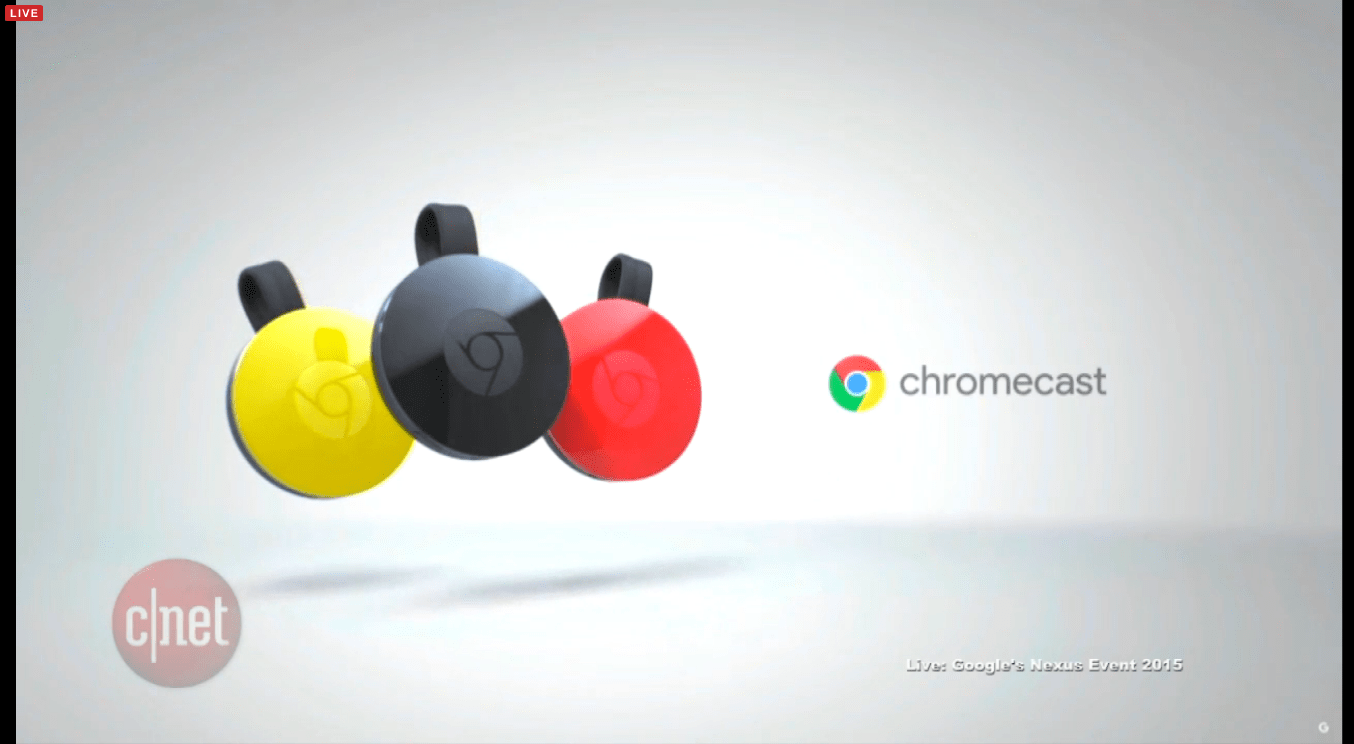 The new device features three internal antennas working together in an adaptive system. Google says that setup will give the new Chromecast a better WiFi connection than the original model: 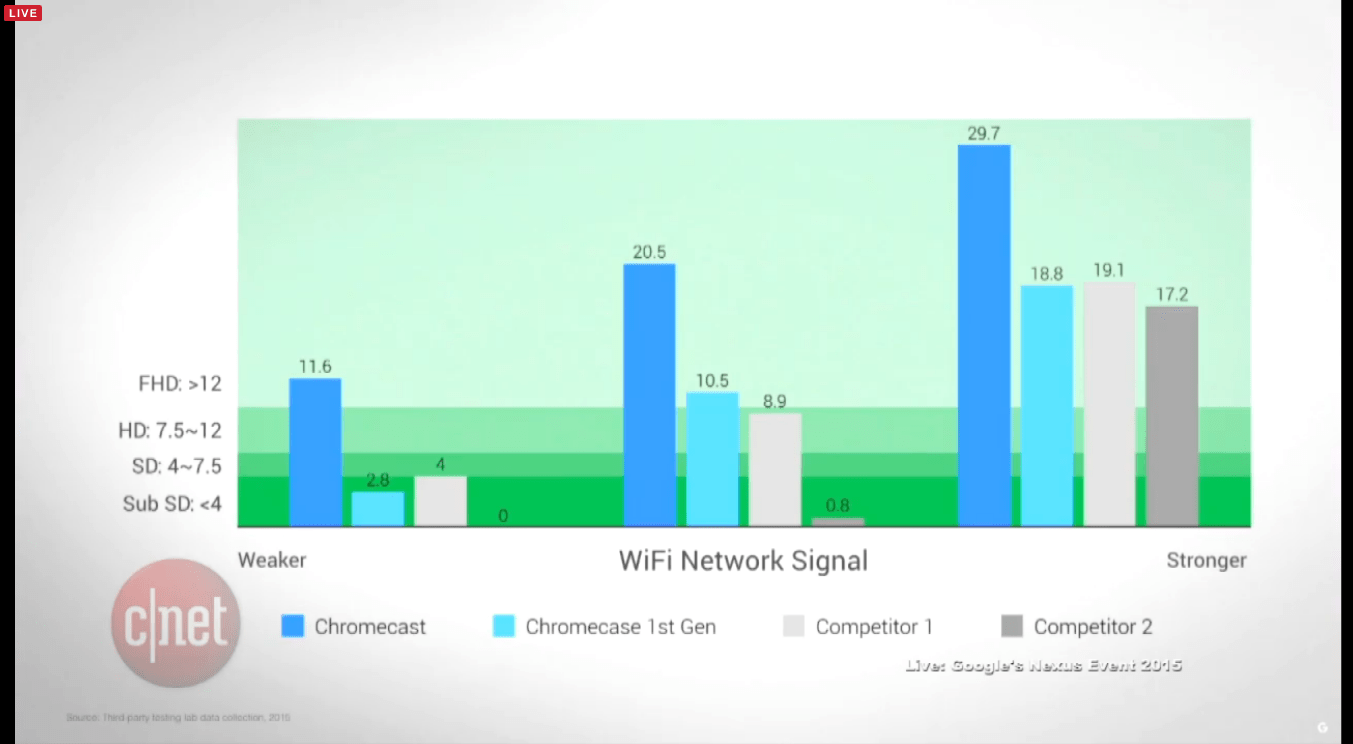 The Chromecast app itself has also been redesigned, and features:

The new Chromecast is available now

Chromecast Audio offers very similar functionality. It shares some design aesthetics with the new Chromecast, and also has some flashy grooves that Google says are a salute to old vinyl records.

Google had some cool news about this device, too: