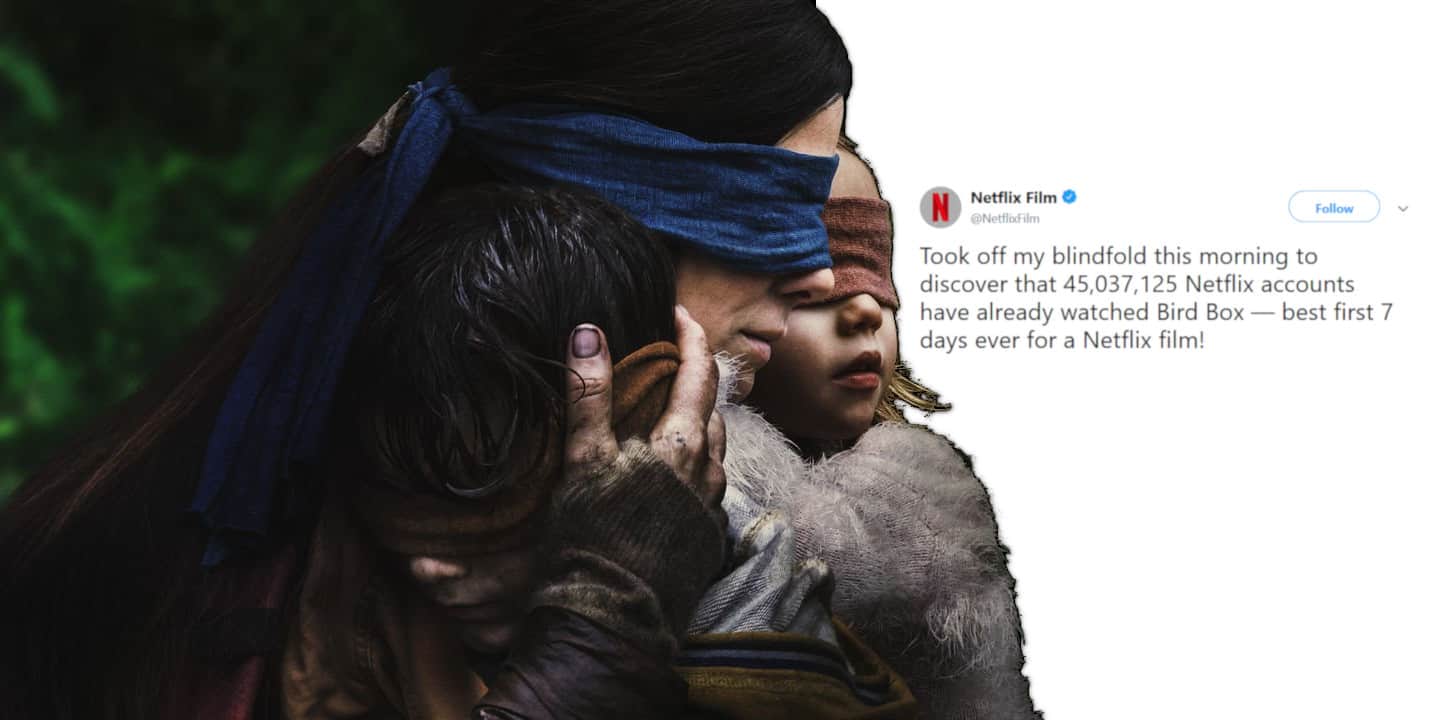 Netflix's original horror flick Bird Box is having something of a moment, if you haven't noticed. The film has gone viral, complete with memes and spoilers galore on social media networks like Twitter – where Netflix boasted to its followers that Bird Box has been “discovered” by “45,037,125” accounts and counting.

Took off my blindfold this morning to discover that 45,037,125 Netflix accounts have already watched Bird Box — best first 7 days ever for a Netflix film! pic.twitter.com/uorU3cSzHR

Does this mean that 45 million Netflix subscribers have seen Bird Box? That seems a little high: Netflix has somewhere north of 137 million subscribers. The 45 million accounts Netflix claims have streamed Bird Box would amount to 32.8%. That's a lot!

But Netflix can be pretty opaque about streaming numbers, and the tweet above is no exception. It doesn't say how much of the movie these accounts actually watched.

The Verge got Netflix to go on the record, though. Netflix told them that the 45 million accounts in question watched at least 70% of Bird Box‘s running time (including the credits). That's a fair bit of Bird-watching!

But recall as well that Netflix's 137 million accounts include about 58 million U.S.-based accounts, leaving about 79 million accounts abroad. Netflix refused to tell The Verge how many Bird Box streamers were based in the U.S. (Cordcutting.com has reached out to Netflix for comment, too, and we'll update this piece if Netflix shares any new information with us). A good guess: the significant majority of Bird Box viewers are streaming from outside of the United States. Most Netflix subscribers are abroad, and those subscribers often have access to streaming libraries that are much smaller than the one Netflix offers here in the States.

So 45 million accounts have not seen the entirety of Bird Box – they've seen most of it, and it's a safe bet that many of them are not U.S.-based accounts. But it's also important to note that Netflix is counting by accounts. Plenty of folks share Netflix accounts, so some of those Bird Box viewings may be by more than one person at once. And Netflix is counting each account once, even if the account streamed Bird Box multiple times.

Being clear-eyed about Netflix's Twitter brags doesn't mean that we have to be unimpressed with Bird Box‘s success. Netflix has managed to turn a horror flick with pretty middling reviews into a viral hit. We can take issue with the nitty-gritty numbers, but Bird Box‘s big debut is an important reminder of the power of Netflix's original content strategy and its straight-to-streaming approach.