TV Watchers Overwhelmingly Want More Reboots of Classic Shows Only a third of fans oppose revivals or reboots of Game of Thrones, The Office and Breaking Bad. An outlier is M*A*S*H.

Nobody likes to see their favorite TV show canceled. Unfortunately, cancelation comes for just about all shows sooner or later. Fewer than half of all new shows make it beyond their first season, and only the biggest of hits go out on their own terms. But cancelation isn’t always the final chapter for a show. Some series are kept alive with a jump to another network or streaming platform. Others are revived years later. Yet others are rebooted with new cast members. All of these possibilities seem brighter than ever for fans of canceled series, and we have streaming services to thank for that.

Beginning with the Netflix “original” series “Arrested Development” — which was actually a revival of a canceled Fox comedy with a cult following — streaming services have made a habit of bringing back fan favorites. Shows have been rescued from cancelation (as “Community” was), revived (like “Arrested Development”), or rebooted (as Netflix did with “Full House”).

Of course, a reboot or a revival isn’t always a good thing. “Arrested Development” fans decried the series’ first season back (the series’ fourth season overall). But other revivals, like Hulu’s “Community,” have gone over better. We asked TV watchers for their favorite shows, and their opinions on whether or not it should be rebooted or revived. The data shows that fans remain optimistic about the quality of a potential revival or reboot of their favorite show. A clear majority of fans would like to see their canceled favorite revived and/or rebooted. 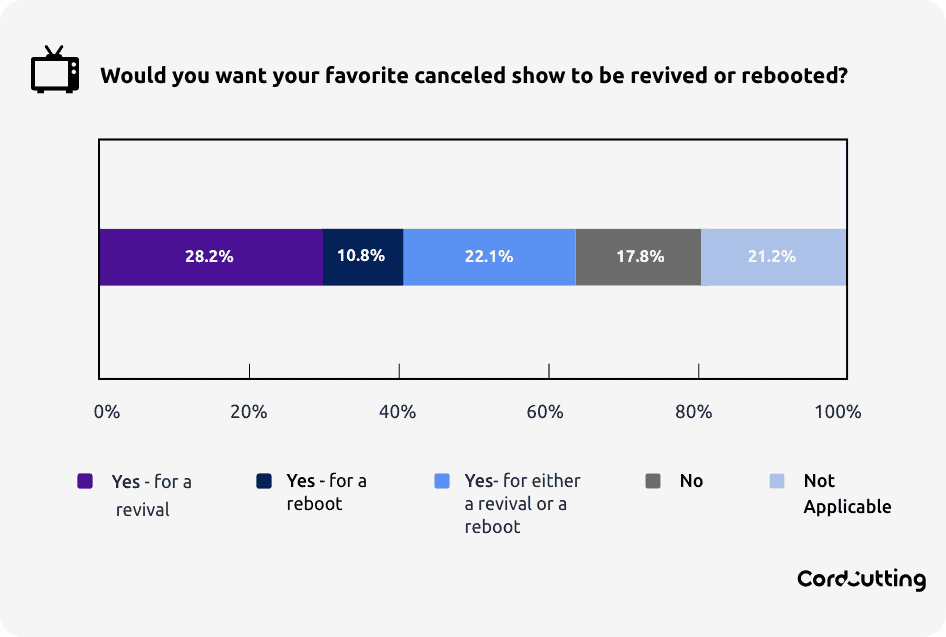 Which Shows Do Fans Want Back Most?

The hard part for streaming services and networks will be figuring out which shows to revive. While some shows, like “The Office” and “Friends,” were cited repeatedly by our respondents, there was no clear consensus on what the best show was, much less what the next big revival ought to be. Comedy shows represented 30.6 percent of all titles chosen — the highest of any genre — but individual picks were incredibly diverse, ranging from obvious choices like The Office to more unusual choices. For those who chose Bones as your all-time favorite show: you may need more help than a revival or reboot can offer (kidding!). 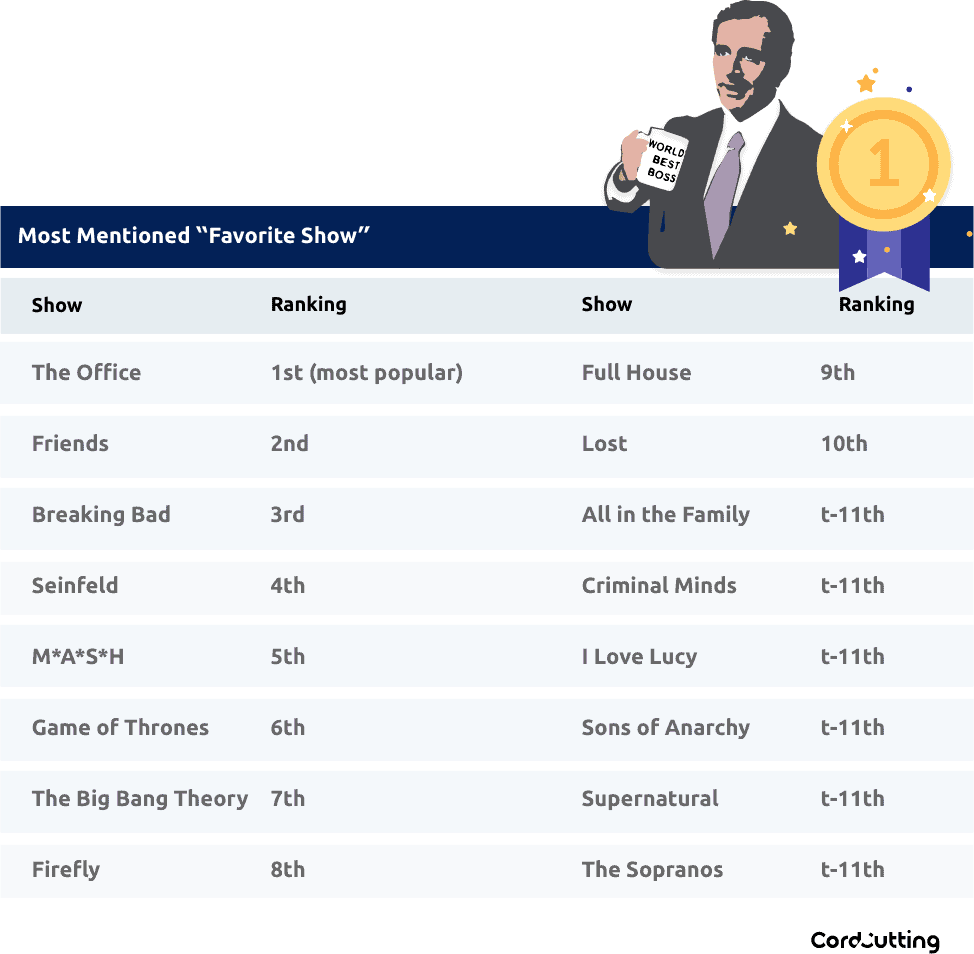 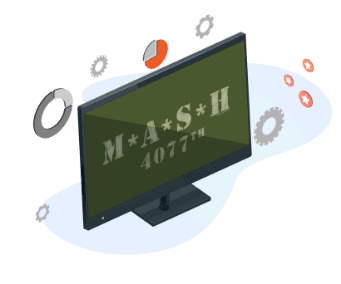 And not all fans who miss their shows actually want to see new versions. While fans of some shows — like
Friends — are ready and waiting for a revival, others would rather let their favorite live on only in their memories. This was particularly true of classic programs: Fans of M*A*S*H seem to agree that a reboot would be a bad idea. 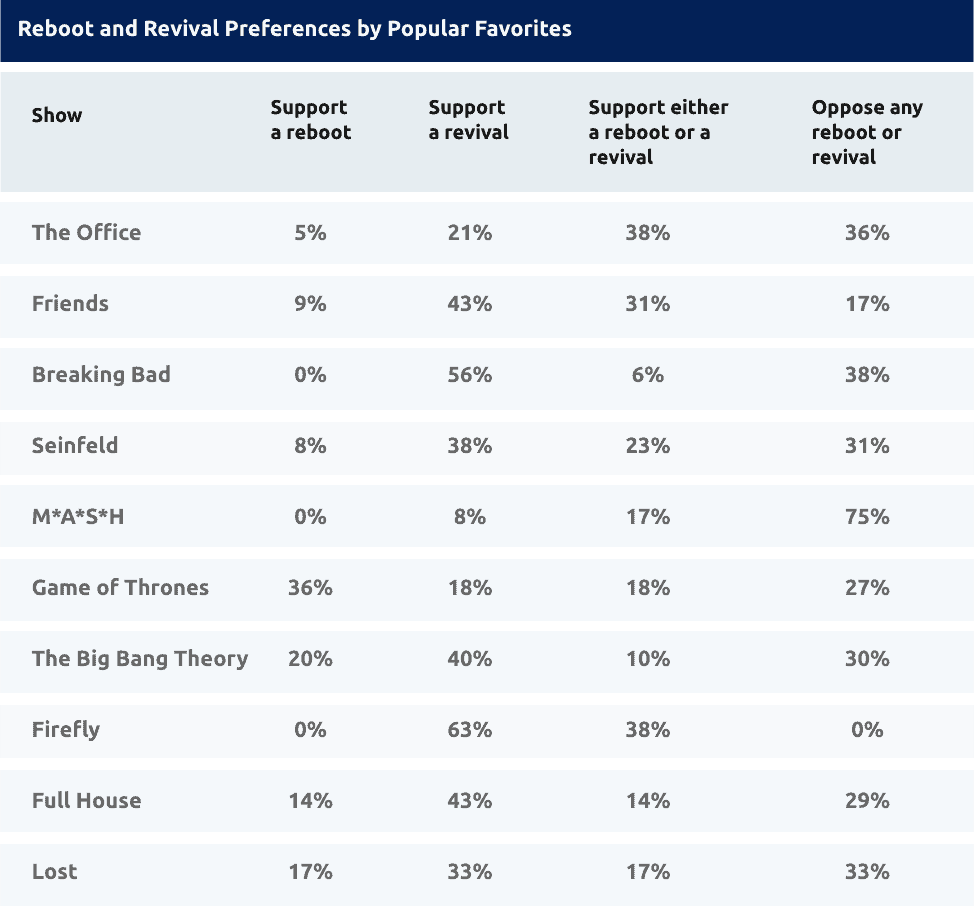 Fans tend to be much more interested in revivals than reboots, though there are notable exceptions. Game of Thrones fans, for example, are unusually open to the idea of getting a fresh start.

Reboots and revivals are both popular ideas, but not equally so. Our study revealed that TV fans have a clear preference for revivals, which continue a series with the original cast, rather than reboots, which start fresh.

More than half of all respondents said they’d like to see their show revived, while only about a third were hoping for a reboot. Most pro-reboot respondents were also keen on a revival, but a majority of fans who wanted a revival did not express interest in a reboot.

This same pattern played out in enthusiasm levels. Among all respondents, enthusiasm was extremely high for potential revivals. Our study suggests that you don’t have to be fervently wishing for a show’s comeback in order to be excited by a revival. 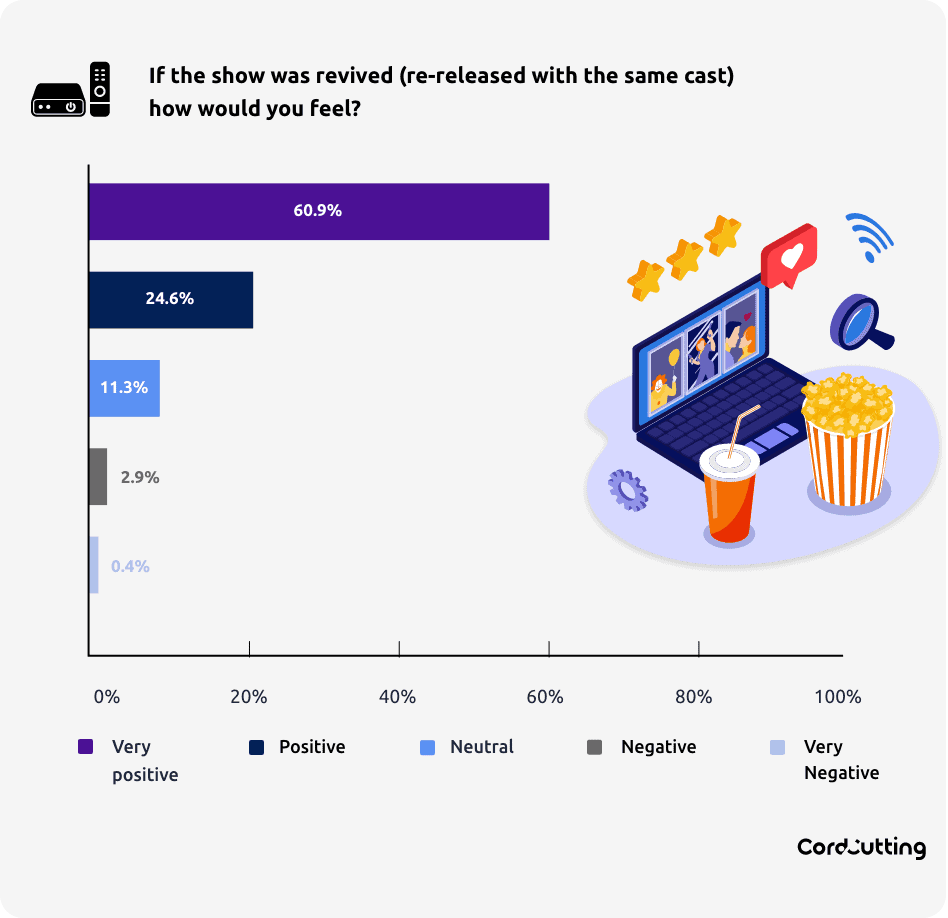 But with reboots, our respondents were much more skeptical. While more than 85 percent of respondents said they’d receive a revival positively, fewer than half said the same thing about a reboot. 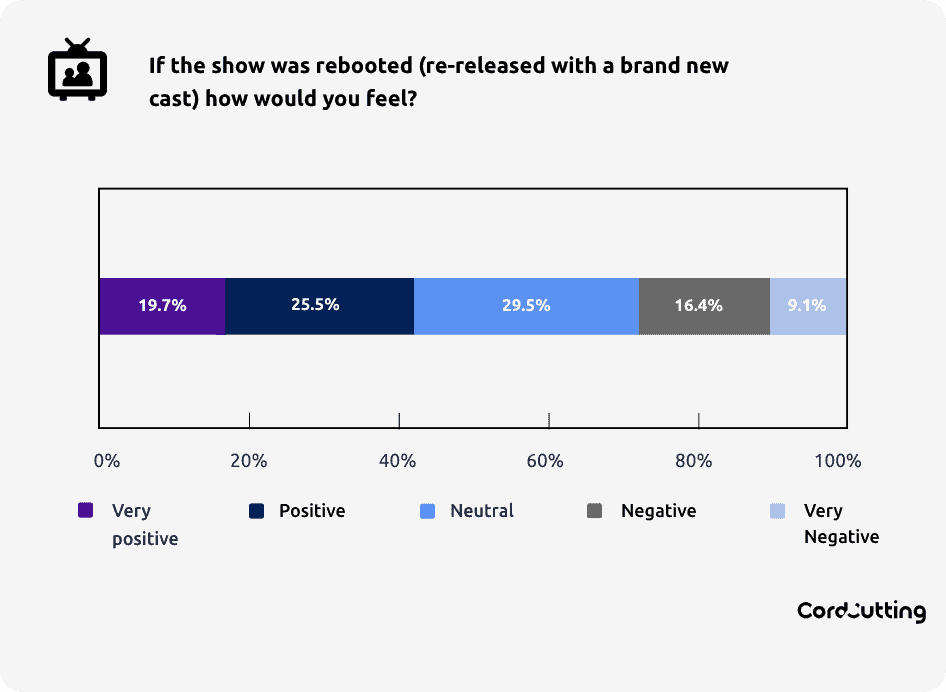 However, this doesn’t mean fans are dead set on hating reboots. The most popular response was “neutral,” suggesting that fans take a wait-and-see attitude toward reboots. This makes sense: A revival is, at least in theory, the return of an old favorite that fans have already decided they like. A reboot is, by definition, a new show — so fans, while generally more positive than negative about the idea, are largely undecided.

The Same, but Different: Fans Say Revivals Don’t Have to Be Clones

The good news for both revivals and reboots is that fans are fairly tolerant of deviations from the original show. About one in ten fans said they would not tolerate any deviation from whatsoever, but the vast majority indicated that they’d give showrunners some wiggle room to make a revival or reboot their own. 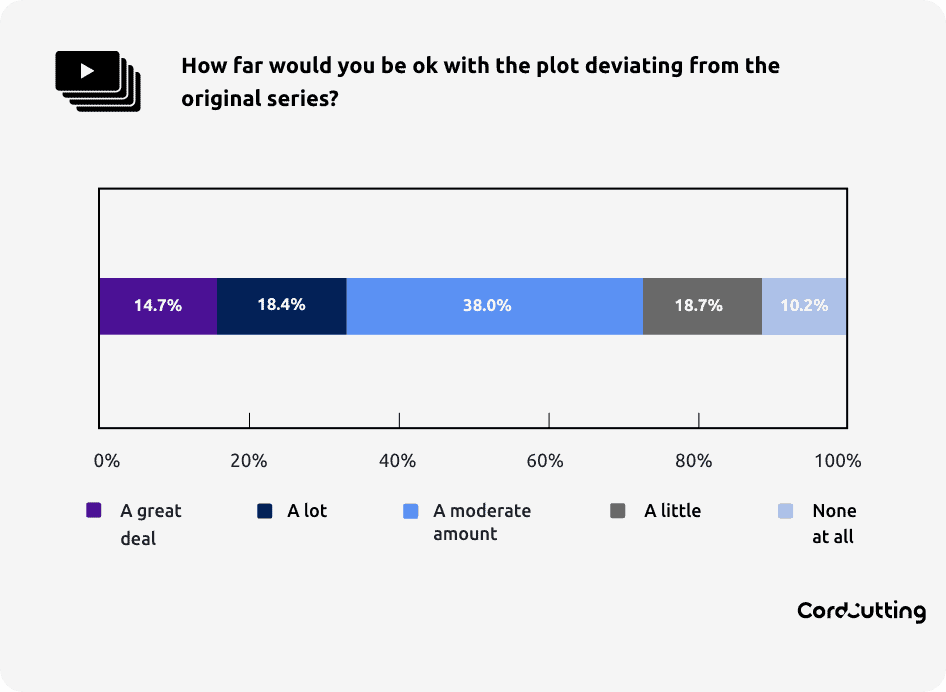 Plots and characters aren’t the only things that can change about a show. The streaming era has seen many popular shows get relocated to new networks and streaming homes. Shows like “Arrested Development” and “Community” came back, but not to the same channels they debuted on.

Fans don’t seem to mind. While some preferred to see their favorite return to its original home, most expressed a willingness to go to another network or streaming service. Most fans want their show back, but most don’t mind if it lands somewhere new. 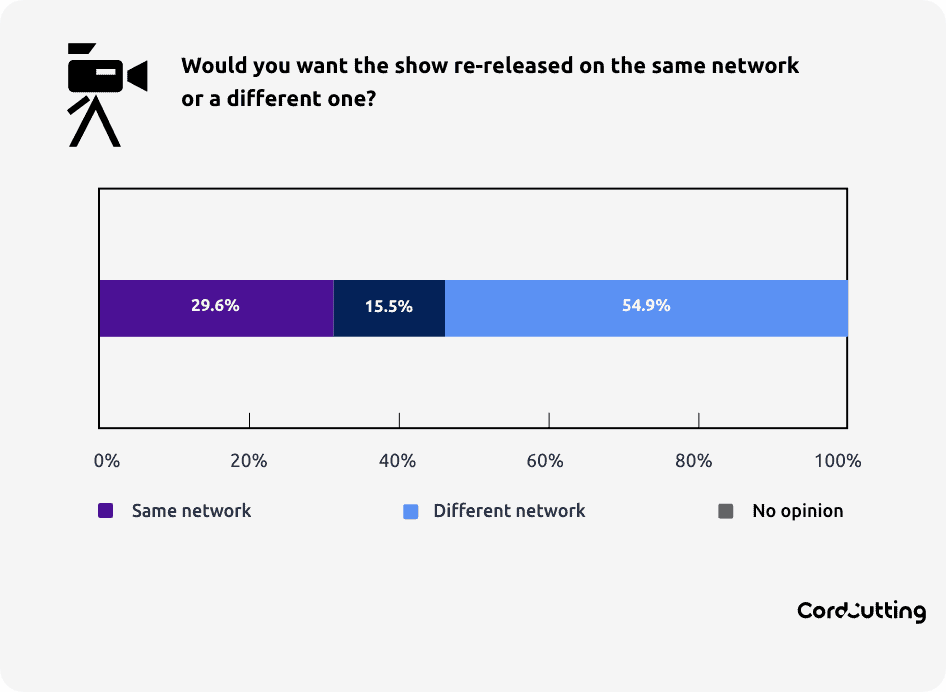 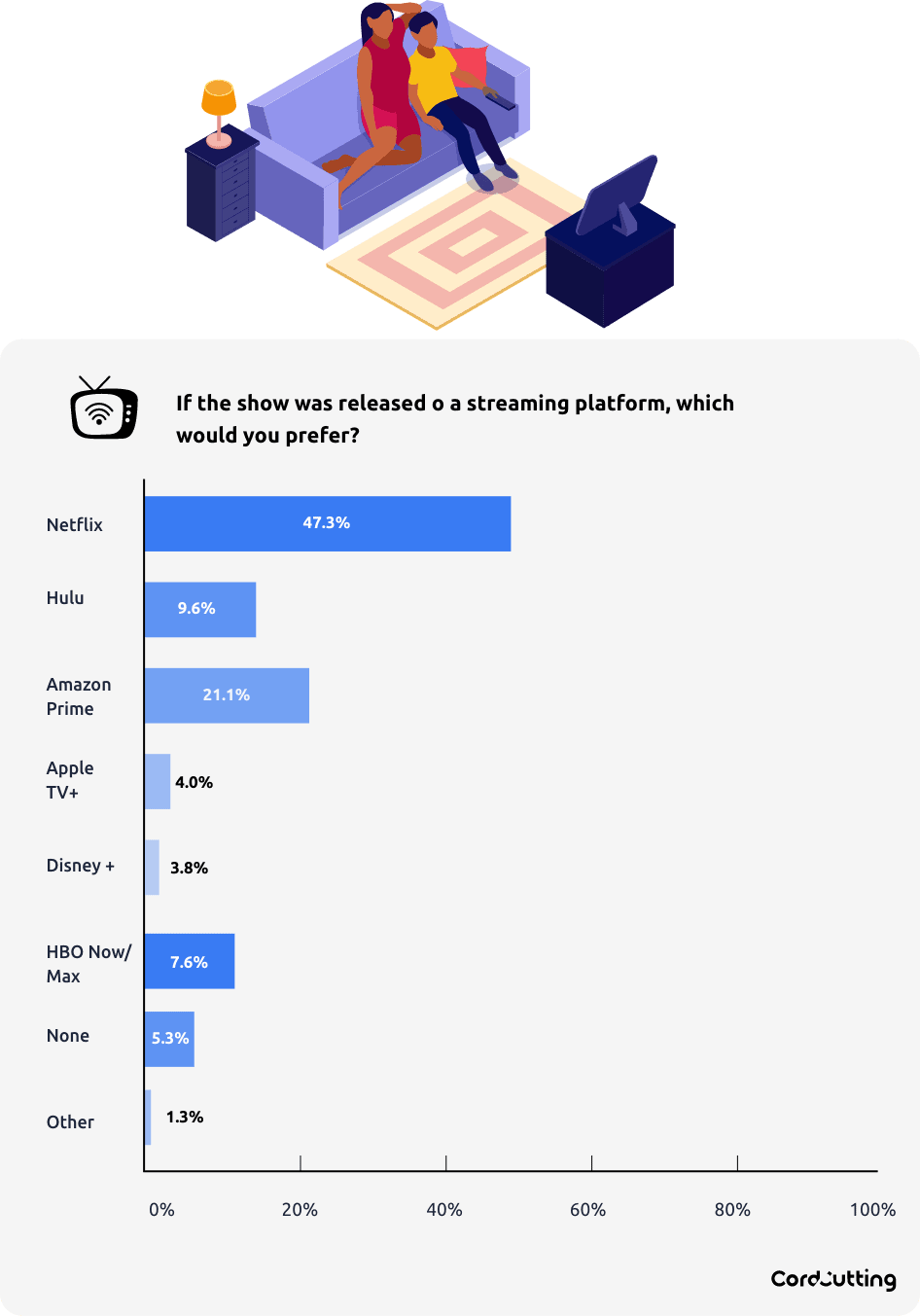 Does this indicate that Netflix is the most trusted producer of original content? Not necessarily: Our results closely mirror the populations of streamers with subscriptions to these major services. Netflix, Amazon Prime, and Hulu fill out the podium in the same order here as they do in overall subscription counts, suggesting that fans are interested first and foremost in the convenience of being able to watch their old favorite on a streaming service they already subscribe to.

For this research, we surveyed more than 900 U.S. adults about their favorite shows and their feelings about potential reboots and revivals. Our survey was conducted online. Our sample is selected and weighted in order to best reflect the demographics of the nation at large.