A VPN adds an essential layer of security to your internet browsing. It encrypts the traffic you transmit and receive online, ensuring no one can take a peek and glean any information from it. Some VPN providers offer other features to protect you further. Below, we’ll look at KeepSolid’s VPN Unlimited in detail to see what it does to defend you from data thieves online, as well as KeepSolid’s pricing and features.

What Do I Get With VPN Unlimited?

VPN Unlimited focuses on the core features of a VPN service. KeepSolid’s VPN emphasizes its core feature set, and it sets aside some of the bells and whistles other providers may offer. As we explained in our KeepSolid VPN Unlimited review, that gives VPN Unlimited a straightforward, no-nonsense feel. For many users, this is a good thing. If you just want to connect securely to the internet, you may appreciate what VPN Unlimited does. If you prefer added features and you want to play around with tricky advanced settings, then you may want to check our list of the best VPNs for a more in-depth option. 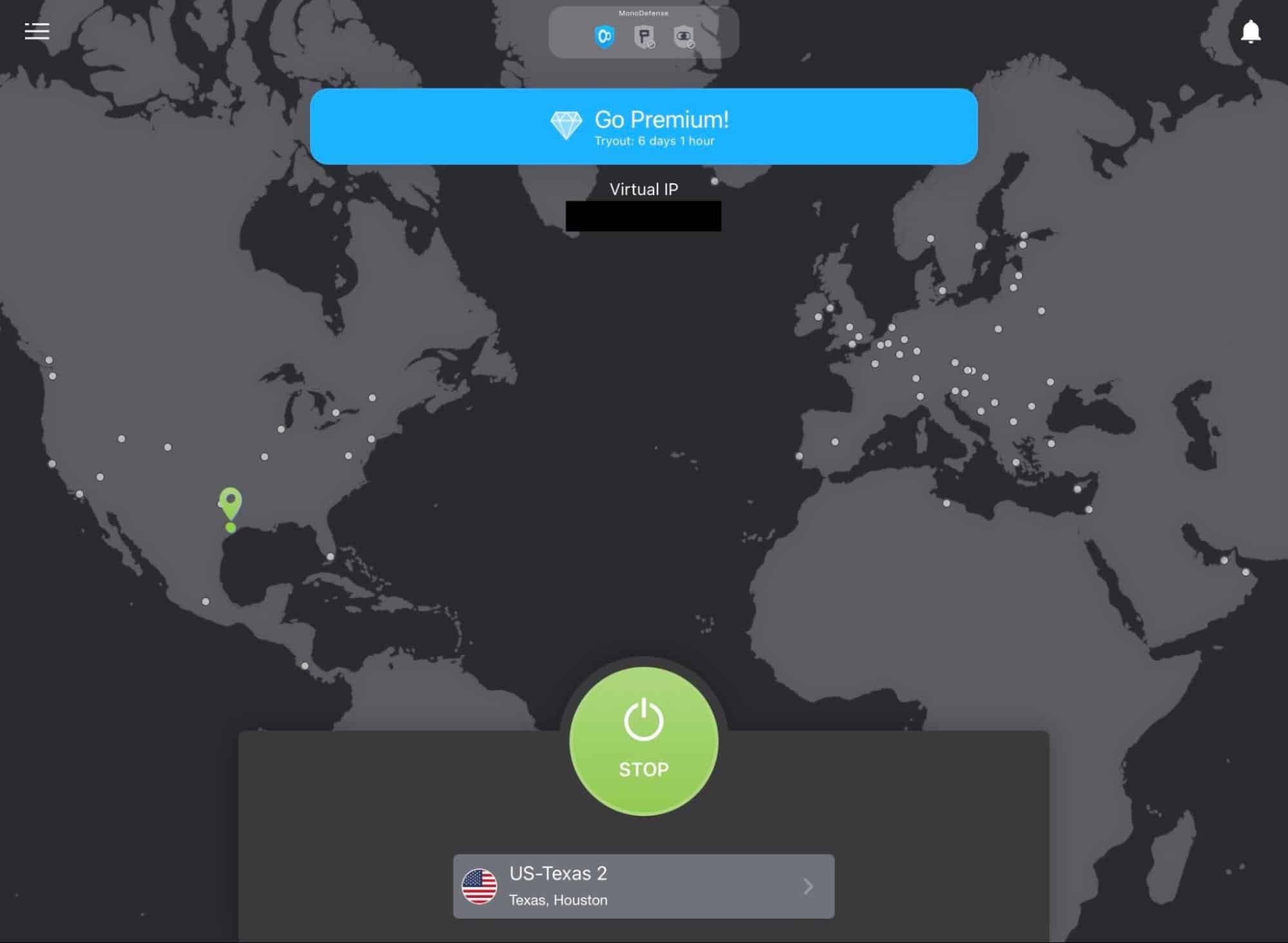 That’s not to say VPN Unlimited is totally without features. KeepSolid VPN Unlimited offers some important safety nets and user-friendly features, including a kill-switch feature that makes sure your internet connection is blocked if you get disconnected from a VPN server. There’s also a DNS firewall to block sites known to host malware, which is important if you want to make sure your computer or mobile device isn’t compromised by malicious apps. Beyond that, VPN Unlimited doesn’t have a lot going on.

KeepSolid VPN Unlimited takes the same no-frills, no-nonsense approach to VPN servers. The company claims to have “500+ super-fast servers in 80+ locations,” so it would appear a lot of effort is going into ensuring those servers run at top-notch speeds. But VPN Unlimited doesn’t have many servers compared to other VPN providers. Some of its competitors boast thousands of servers around the world, which could make it easier to find a server that will work for your particular situation. Setting your VPN to a specific server is one extra step, and you can skip it with VPN Unlimited.

How Much Does VPN Unlimited Cost?

Now we get into the dollars and cents. A VPN service can be outstanding, but you still want to know what it’s going to cost. VPN Unlimited’s prices are pretty reasonable, and one tier in particular offers a deal very few other products can compete with.

If you want just one month of VPN Unlimited’s service, it’ll cost you $9.99 — lower than many other providers. A year of service paid in advance costs just $59.99, or about $4.99 per month. The doozy, however, is VPN Unlimited’s lifetime subscription, which costs just $99.99. If you plan to subscribe to your VPN provider of choice for many years, the lifetime subscription is a no-brainer.

As we wrote in our VPN Unlimited review, this lifetime option really helps make the case for VPN Unlimited against some of its more established competition. Why choose VPN Unlimited instead of grabbing a Private Internet Access VPN subscription or checking the prices for NordVPN?  What brands like these and ExpressVPN's VPN service can't match is VPN Unlimited lifetime price.

What Can I Watch Using VPN Unlimited?

VPN companies aren’t shy about advertising how they work with streaming video. Once upon a time, that was kept quiet, but now the best VPN services actively promote that you can watch various streaming services outside your home country. VPN Unlimited is more than happy to tell you it can get around any geographical blocks so you can stream the content you want.

What does KeepSolid’s VPN Unlimited support? Just about any major streaming video service you can think of: Netflix, Hulu, Amazon Prime Video, HBO Max, Disney Plus, and a bunch more listed on the company’s website. It seems likely that most major subscription video services will work with VPN Unlimited, which is great news if you’re traveling abroad and want to catch a hot new movie or series.

This is relatively common, but not a sure thing in the VPN business — some of VPN Unlimited's competitors, including the VPNSecure VPN service, have not fared so well. We found gaps in streaming coverage when we ran tests for our VPNSecure review, whereas VPN Unlimited performed consistently well.

How Private Is VPN Unlimited?

If you use a VPN provider or you’re interested in getting one, you likely have privacy on your mind. You want a secure internet browsing experience, and you want to keep your data as protected as possible. You don’t just want to keep your information safe from hackers; you also want to make sure companies and governments aren’t watching your every move. 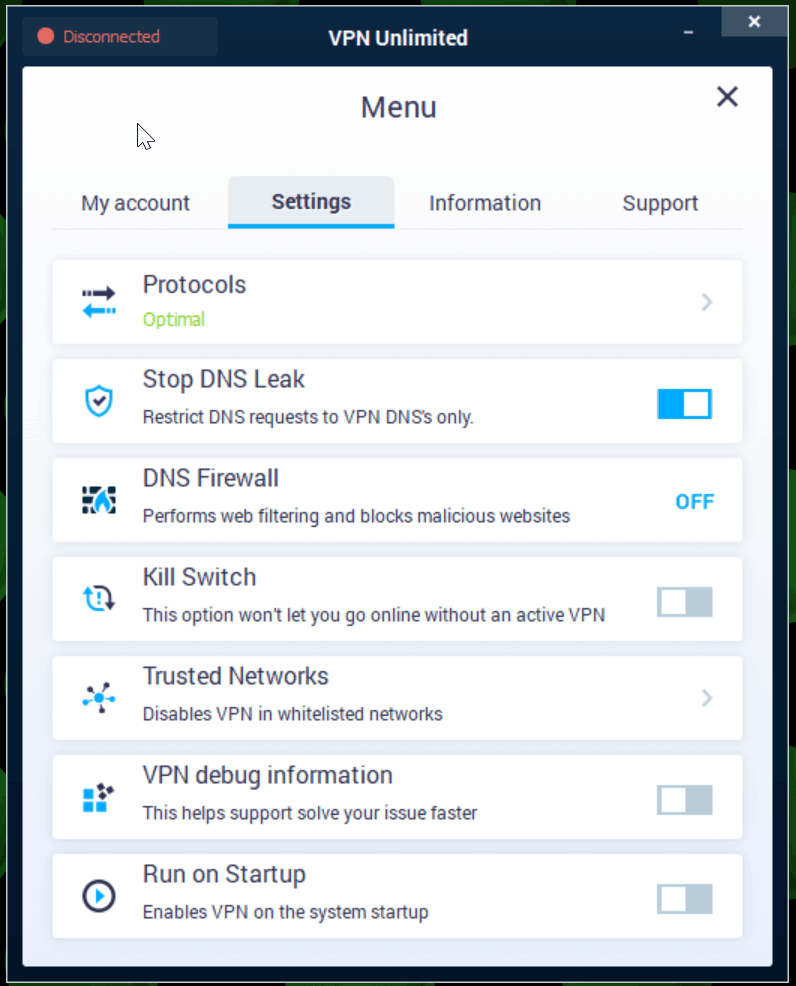 VPN Unlimited is a slightly mixed bag in the privacy department. The company has a no-logs policy, which means it doesn’t track your activity while you’re connected to a VPN server and therefore has no data about you to store. The company falls a bit short, however, with the VPN protocols it supports, since it has only two — OpenVPN and WireGuard — while some competing providers offer many more. The good news, though, is that we recommend both of these VPN protocols for maximum security. Some of the protocols VPN Unlimited leaves out are ones we wouldn’t recommend anyway.

KeepSolid is headquartered in New York City, which means the company is in the jurisdiction of the United States. Law enforcement officials in the U.S. could force VPN Unlimited to track and hand over data.

What Devices Does VPN Unlimited Work On?

When you think about all the ways you interact with the internet, you may realize you do so on more than just a laptop. There is your smartphone and tablet, as well as a streaming set-top box plugged into your TV. It’s important for a VPN service to offer support for multiple devices, so you can get the widest coverage possible and be protected no matter what you’re doing. VPN Unlimited does a fine job hitting just about every device you may come into contact with. 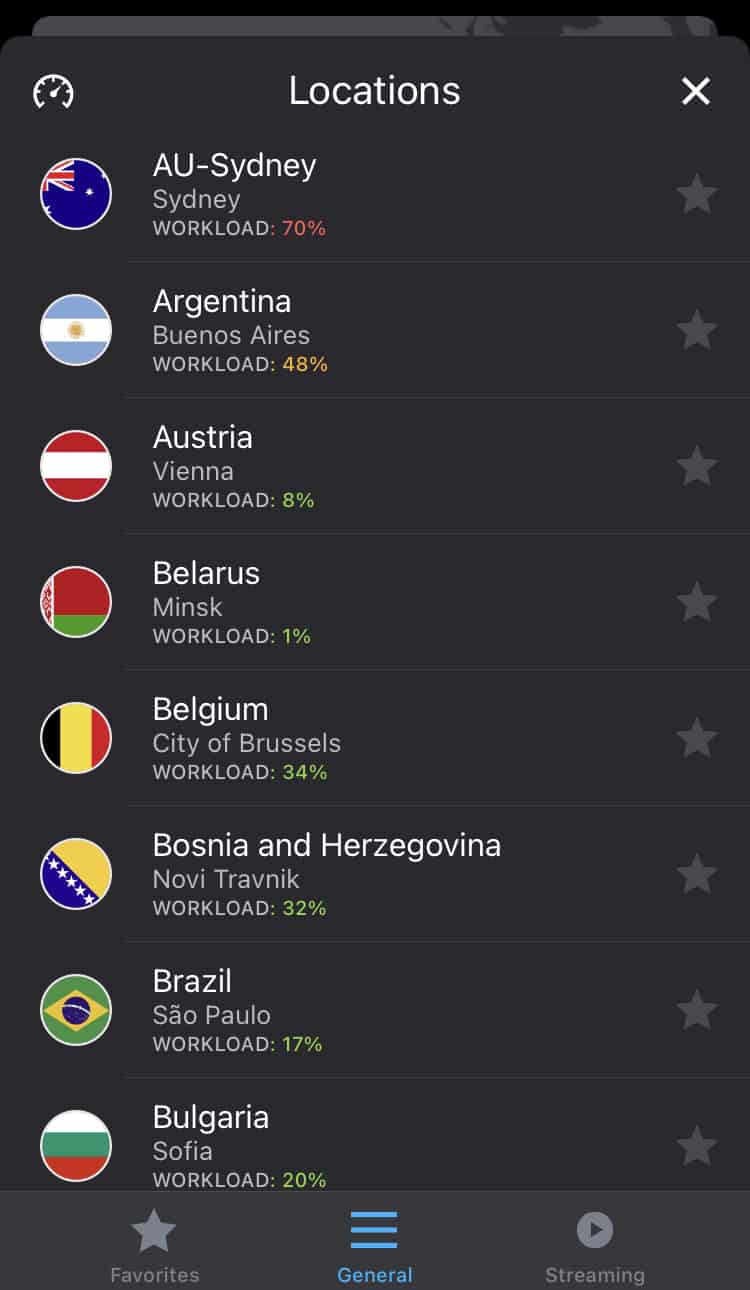 VPN Unlimited works on macOS, Windows, and Linux PCs, and it also offers apps for iOS and Android. If you just want to protect your browser, then there’s support for Chrome, Firefox, Opera, and Edge. If you want a security buffer on your streaming video box, then VPN Unlimited works with Apple TV, Amazon Fire TV, Roku, Google Chromecast, and Kodi.

How to Get a VPN Unlimited Free Trial

It’s understandable why you may want to test a VPN service with a free trial. Without fronting any money, you can get a sense of what the company has to offer and how it’ll perform. The folks at VPN Unlimited get it, and the service provides a free trial.

VPN Unlimited’s free trial lasts for seven days. You don’t even need a credit card to sign up; you only need to provide your email address. The trial version works the same as the full version, so you can test the VPN fully to see whether it does what you need it to.

Does VPN Unlimited Require a Contract?

There are some VPN services that lock you into a long-term agreement — undoubtedly to make it harder to leave if you find the service unsatisfactory. A lot of VPNs, however, are coming around to the idea that contracts aren’t necessary, and it’s easier to win over customers by providing a great product. VPN Unlimited does not try to tie you down with a contract, and instead lets you come and go as you please.

All of VPN Unlimited’s plans last only as long as the period you sign up for. After that, you’re free to choose a different VPN company if you wish. VPN Unlimited offers a 30-day money-back guarantee, so you can still get your money back even if you sign up for a year-long plan. The service appears to stand behind what it offers, which is good since a VPN is the type of product you need to put a lot of trust in.

Is VPN Unlimited Worth Getting?

You may find yourself weighing two things when deciding whether VPN Unlimited is right for you. One is the price, which is downright incredible if you’re willing to pay $99.99 for the lifetime subscription. The other side of the coin, however, is privacy concerns. VPN Unlimited being based in the United States means it isn’t as private as a VPN provider headquartered elsewhere.

You’ll ultimately have to determine what is more important to you. Do you care more about the money you’ll save using VPN Unlimited? Or does the potential for the FBI to see the websites you visit on the VPN bother you too much? Take a close look at your situation, see where you land, and go from there. If you’re still stuck, you can read our VPN Unlimited review to get a sense of how the service may perform for you. be sure to check out our coverage of other VPN brands, too, such as our ProtonVPN pricing guide, our Norton VPN review, and our complete guide to Ivacy.