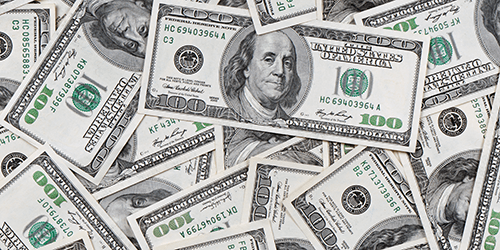 Netflix is cheaper than cable, but that alone doesn't mean much. After all, a service is only worthwhile when you use it. So rather than asking how much Netflix costs relative to cable, we should instead ask: how much does Netflix cost per hour of content viewed, and how does that compare with cable's figures?

That's math is pretty simple – so we went ahead and did it.

We know from Netflix's own numbers that Netflix's more than 75 million users stream 125 million hours of content every day. So that's (roughly) 100 minutes per user, per day. Using the price of Netflix's most popular plan ($9.99) and a 30-day month, we can say that the average user is paying about 0.33 cents per minute of content, or 20 cents an hour. Not bad!

But what about cable? Well, Nielsen tells us that the average American adult cable subscriber watches 2,260 minutes of TV per week (including timeshifted TV). That's equivalent to 5.38 hours per day, or 161.43 hours per 30-day month. Thanks to Leichtman Research, we know that the average American pays $99.10 per month for cable TV. That means that subscribers are paying a whopping 61.4 cents per hour to watch cable TV – more than three times as much as users pay per hour of Netflix! 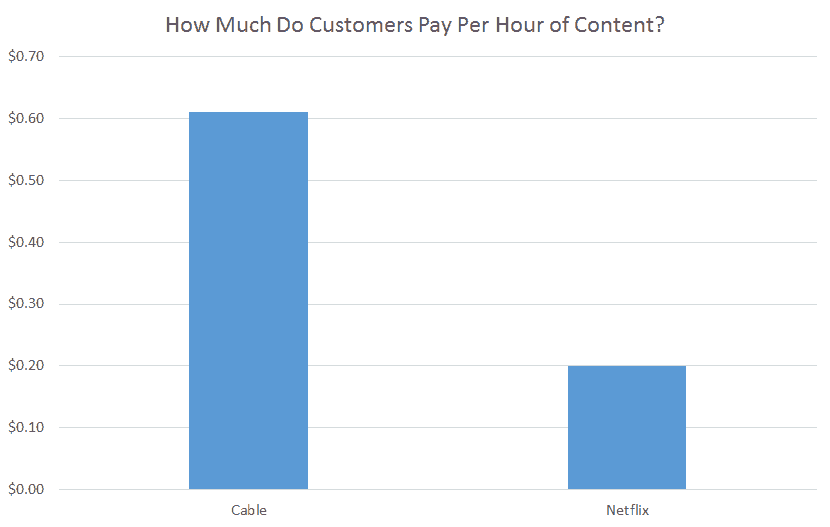 These are ballpark figures, of course – you could quibble about Netflix's price (though the mean is probably pretty close to the median we used, since the $9.99/month plan is so popular) or about whether or not to count DVR content in cable's total, for instance. But no matter how you slice it, it's clear that Netflix is far, far cheaper per hour than cable TV.