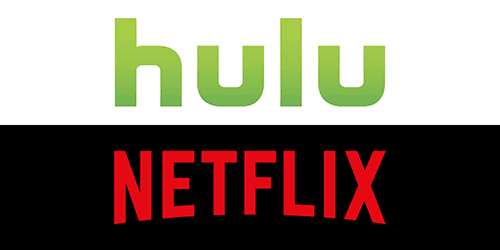 Netflix vs. Hulu is one of the streaming space's oldest rivalries, and it's one of our favorites. We've broken down their rivalry plenty of times before: by the numbers and in terms of library size and user ratings, among other things.

Hulu and (especially) Netflix have enormous followings, with each boasting subscriber counts in the millions. But how do the habits of all of those subscribers line up? We know that streaming services have ushered in the era of “binge-watching;” so, with that in mind, which service is winning the binge-watching battle?

How Much Time Do Netflix and Hulu Subscribers Spend Watching Content?

We can pretty easily calculate the number of hours the average Netflix viewer watches in a day. All we have to do is take the total number of Netflix hours streamed per day and divide it by the number of users. Thanks to Netflix CEO Reed Hastings, we know that Netflix users stream a total of about 125 million hours of content each day. Dividing that by Netflix's roughly 75 million subscribers, we get a rough average of 1 and 2/3 hours per day per user. If this math seems familiar, it's because we used it in our piece on how many commercials Netflix saves us from and again when we (rather depressingly) concluded that most people spend twice as much time on Netflix as they do with their own friends.

So we know that Netflix users stream an average of about 1 hour, 40 minutes a day. But what about Hulu? That's a little tougher, since the statistics aren't as readily available. We do know that Hulu's 2015 Upfront Presentation included the claim that Hulu users had streamed 700 million hours of content in the first 90 days of the year. Divided into individual days, that's an average of 7,777,777.78 hours per day. Divided by Hulu's 2015 subscriber base of 9 million people, we get .86 hours (or 51.85 minutes) per day, per user – but the data is a year old.

This year's Upfront Presentation did not include any specific figures on hours of streaming, but it did claim a 30% increase in hours viewed per user. So we can just multiply our 2015 number by 1.3 to get a newer daily figure, which gives us 67.41 minutes per day. 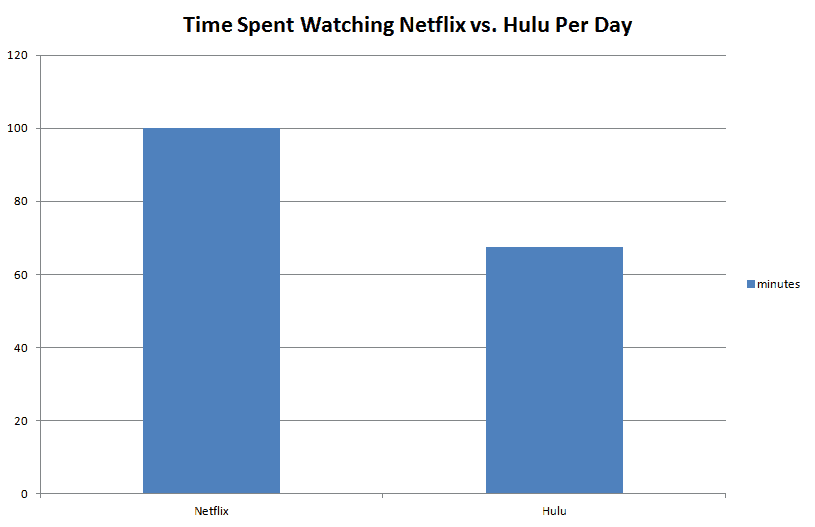 There's fairly appreciable difference between these two figures (32 minutes, 35 seconds, to be exact). In terms of percentages, we can say that Netflix users watch 48.35% more hours of Netflix content than Hulu users do of Hulu content. That's a significant gap, even when considering that our numbers were rough here and there.

Why Do Netflix Users Watch More?

This is a pretty interesting finding, especially because Netflix is the service with the larger user base. If anything, we might expect that the more niche the service, the more loyal the customers. That doesn't seem to be the case, at least not in this particular comparison.

Instead, the more numerous subscriber base is also the most dedicated. Perhaps that's simply because Netflix's content is better – but that doesn't play well with the fact that we know Hulu users consistently rate their content higher than Netflix users (both services use the same five-star scale).

It's possible that it's the type of content that is driving this gap. Netflix has done very well in the original content wars, and it has focused a lot of shows that inspire binge watching. Some of Hulu's most acclaimed content – like the Criterion Collection films – is less conducive to binge watching. Or perhaps it's Hulu's commercials that are causing viewers to end their viewing sessions sooner.

Of course, these are just a few possible reasons. The reality could be more complicated. All that we know for sure is that, despite its huge and diverse subscriber base, Netflix has consistently loyal customers who are watching an awful lot of content each and every day.