You may or may not have heard about ATSC 3.0, the “next-generation” video over the air standard. But since antenna use is growing among cord cutters and ATSC 3.0 is the next big thing in OTA technology, now is the time to learn more about it. To that end, we've put together this useful guide to the ATSC 3.0 basics.

So what is ATSC 3.0? To put it simply, ATSC 3.0 is what will let you someday (but not yet) watch super-HD channels that are broadcast over the air. Let's take a closer look at what that means. It's the next-generation standard that has been adopted by the Advanced Television Systems Committee.

First things first: we're not using ATSC 3.0 yet. In fact, we're not even using ATSC 2.0. If you have an antenna, the broadcasts you're receiving are using the ATSC 1.0 standard.

ATSC 1.0 allows us to get a lot of great content, which is why we recommend investing in an antenna to most cord cutters. But it won't allow us to get all of it. ATSC 1.0 lets us get some really great content, including HD content, but it has some limitations. For instance, it can bring us 1080p HD, but not full 4K HD. Integrating cable-like perks (like on-demand graphics and data) isn't possible, either.

This isn't a deal-breaker right now, because very little content is currently broadcast in 4K Ultra-HD. But 4K is the wave of the future, and broadcasters know that lots of content will soon be shot in it. And once that content reaches your local OTA broadcast networks, they'll want to be able to send 4K over the air.

That's why broadcasters started working on ATSC 2.0, which was supposed to be the next big standard for OTA broadcasts. This would add a bunch of the stuff that ATSC 1.0 is missing, and it would be backwards-compatible, meaning that you could still pick it up even if you had an old antenna.

So why are we talking about ATSC 3.0? Well, ATSC 3.0 is likely to leapfrog ATSC 2.0. It's very possible that OTA broadcasters will jump straight from ATSC 1.0 to ATSC 3.0, skipping ATSC 2.0 altogether.

Okay, so what is the difference between ATSC 3.0 and ATSC 2.0? Nothing too complicated: ATSC 3.0 is just the even-more-improved version. It will incorporate many of the advantages of 2.0, but will bring even more to the table.

Simply put, ATSC offers one thing above all: higher definition broadcasts. There are other key features (which we'll get to in a minute), but the main reason to improve the standard and the main appeal of the new one come down to better resolutions. 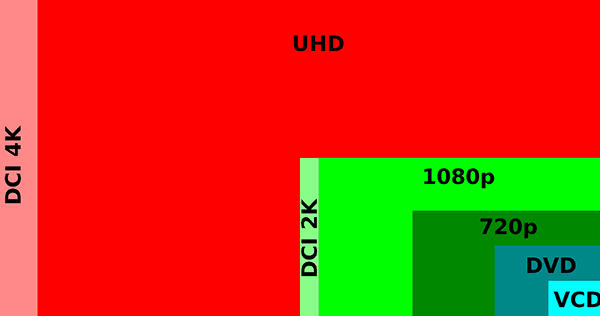 And boy, are the resolutions on ATSC 3.0 better. In fact, ATSC 3.0 may not even stop at 4K ultra-HD. It will likely be made “extensible” so that it can soon accommodate 8K HD, which of course doesn't even exist yet. In other words, with a few future tweaks, we'll be able to stick with this standard even as HD quality doubles again.

The developers of ATSC 3.0 haven't just stopped at improving picture quality, though. They're also working on a range of other features, most of which add cable-like capabilities to OTA broadcasts. There's planned support for on-demand content, as well as for pay-per-view content. By using “hybrid delivery” – with content coming both OTA and via broadband – the new standard will allow content providers to send more complex content. They'll even be able to broadcast to mobile devices like smartphones and tablets. For the first time, OTA broadcasters will gain some of the capabilities that broadband-based OTT services already have.

We touched on this above, but the ATSC 3.0 revolution will be a big deal device-wise, too. While it's likely to be backwards-compatible like ATSC 2.0 was planned to be, ATSC 3.0 will also open the door to new types of antennas and new devices to watch on. The IP-based service will be accessible on smartphones and mobile tablets. And new antennas may look a whole lot different than old ones.

Part of the dream of ATSC 3.0 is the idea that antennas could be much, much smaller than before. This is all still in the idea stage, but some manufacturers and industry insiders have suggested that ATSC 3.0 compatible antennas could have a much smaller footprint than their current counterparts. There's even the possibility that a small Chromecast-sized device could replace your bulky outdoor antenna.

The hybrid broadband-OTA nature of the standard will also enable new interactive experiences. That means that broadcasters could use tablets and smartphones as “companion screens,” interacting with their viewers with polls or offering additional controls on the smaller screen.

So now we know what ATSC 3.0 is, and we know that it's a pretty big deal. So how long will we have to wait until it arrives?

Well, it's probably still a ways away. The ATSC only adopted 3.0 as the next-generation standard this past October, and there's still a ton of work to be done on it. So don't delay buying an antenna over this.

With that said, ATSC 3.0 is clearly the wave of the future. Expect it to arrive sometime around when sports broadcasts make the jump to 4K. Sports broadcasts are usually fairly quick to adopt new HD technology (at least compared to other programming), and NFL, MLB, NBA, or NHL games are almost certainly going to be the first 4K-enabled programs available from OTA broadcasters (all of these leagues broadcast at least in part on one or more of ABC, CBS, NBC, and FOX). Until then, we'll just have to wait for all the goodies that ATSC 3.0 has to offer.