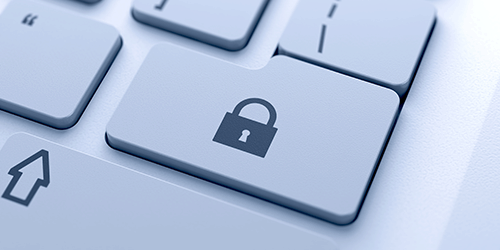 The chances are good that you're heard of net neutrality. It's one of the most important issues facing internet service providers, internet users, OTT services, and cord cutters today. Sling TV CEO Roger Lynch made headlines when he spoke out on the subject in our recent interview, and politicians' most recent attempt to limit net neutrality is all over the news. So you've almost certainly heard of net neutrality before – but do you know what it is?

If not, don't worry. It's not as complicated as it seems, and we're here to break it down for you.

What Is Net Neutrality?

Simply put, the idea of net neutrality is this: Internet users should be able to access all online content and applications.

If you think that sounds like how the internet already works, you're mostly right (with certain exceptions, which we'll get to later). But there are plenty of stakeholders that would like to see that change.

Net neutrality is good for us and almost certainly good for you, which is why a lot of our peers in the cord cutting media tend to present its opponents as some type of boogeymen. But, of course, the issue is a little more complicated than that. Let's try to take as fair a view as possible and understand why net neutrality opponents feel the way they do, and what they want the new Internet to look like. Then we'll take a look at the case for net neutrality.

Why Some People Oppose Net Neutrality

There's one group in particular that lobbies against net neutrality: the internet service providers (ISPs). Time Warner Cable, Comcast, and the rest of them all think that they could make more money if they put an end to net neutrality, and they're almost certainly right.

Their logic is pretty simple: different people use the Internet in different ways. Why should they pay the same amount?

For instance, I (and you too, probably, since you're here) stream a lot of content over the Internet: Netflix, HBO Now, and YouTube, to name just a few services. Power users also use up a lot of bandwidth downloading torrents or playing online video games. By contrast, my grandma in Florida checks her email once a week. She visits only a few websites and barely uses any bandwidth at all.

So ISPs stand to make a lot more money off of you and I if they can charge us for all of the bandwidth we use to stream and all of the websites we choose to access. And, theoretically, you can argue that my grandma is paying higher rates than she ought to: since all of our rates are the same, she's effectively subsidizing the kid next door who plays Star Wars: Battlefront all day. She's paying for bandwidth she doesn't need, and for websites she never visits.

So what would service tiers look like on the Internet?

Well, we already have one: you can get faster or slower Internet from your ISP today, thanks to their different Internet packages.

The most obvious way to limit Internet access from a user perspective is to block certain websites. In this way, packages of websites could be set up by the ISPs – you'd have to purchase certain packages to get certain sites. This model would closely emulate the cable subscription model. It would be possible to get “basic Internet,” which would only include access to a few key sites like email clients.

The graphic is fiction, but it gives you an idea of what tiered website access could look like. This is the most extreme version of a non-neutral net. It's the furthest from reality right now, but it's certainly not impossible in the future.

Here's a tactic that ISPs actually have used: slowed speeds.

For instance, Comcast has been caught deliberately slowing peer-to-peer file sharing. ISPs have the power to discriminate against certain protocols, and Comcast used it to target specific users and specific Internet activities.

By targeting certain protocols and websites, the ISPs can effectively create a non-neutral net without having to ban anything outright. It's not quite the same as creating service tiers, but it's a work-around. In the past, ISPs have used this tactic to throttle specific websites and get them to cough up some money. For instance, Comcast (why is it always Comcast?) once throttled Netflix speeds until Netflix agreed to pay them off. From the an ISP's perspective, this isn't really unfair: Netflix users were using more bandwidth, so somebody – either those users or Netflix itself – had to pay. From a user perspective, though, this seems very unfair. Those subscribers were paying Comcast the same amount, yet saw their Netflix download speeds plunge and rise again over the course of a few months.

Data caps are the big thing in the news lately, and for good reason. These are the data caps that are really hurting cord cutters in some areas of the country. ISPs claim that data caps don't affect net neutrality, since there's still no limit on which websites users can access. As we'll see, though, that's a little disingenuous.

Whether data caps constitute an assault on net neutrality in and of themselves is debatable (this whole debate is between power users and ISPs, so we were always going to disagree on data caps). But at the very least, the way in which these tactics have been deployed is clearly anti-neutrality. ISPs like to set these data caps right around the levels you'd hit if you're watching streaming video. It's the most common tactic that ISPs use to try to get around the fact that they can't legally put certain websites in a separate paid package. So they'll say that you can always access Netflix – while charging you extra for the data that Netflix is sure to use.

ISPs have also sometimes declared that certain protocols or services won't count against bandwidth or data caps. Comcast (yes, them again) attracted some negative attention by exploiting this when they allowed Xbox 360 users to stream via the Xfinity app without it affecting their bandwidth. Comcast has also said that their streaming services will be exempt from their data caps. This is bad for competition in the OTT space, which is bad for cord cutters. Sling TV CEO Roger Lynch called these tactics out specifically in our interview with him. “We see concerning things happening if you look at cable companies like Comcast now instituting data caps that just happen to be at a level at or below what someone would use if they're watching TV on the internet – and at the same time launching their own streaming service that they say doesn't count against the data cap,” Lynch told us. “It's something we've been warning Washington about for years, and it's a risk to OTT in general.”

We touched on some of the common arguments for net neutrality in the section above, but we'll run through them briefly again here.

The most obvious reason to oppose net neutrality is that it cuts us off from content. And there are strong arguments to be made that we have a right to that content. There's a legal basis for regulating the Internet like a utility, and that's essentially what the FCC is trying to do now. In this view, the ISPs would get paid for the use of their infrastructure, not for the access of specific sites. If we treat Internet as a utility, then there would only be an argument for paying by bandwidth, never by content.

There are also idealistic arguments for net neutrality. To some, cutting off certain websites is an attack on free speech. There's certainly an argument for that, too.

If you've read this far, you've probably figured out that an end to net neutrality would be a pretty bad thing for cord cutters and OTT services. But there are two sides to this issue, so we're going to try to keep this article fair and lay out some pros and cons for the various stakeholders. We've highlighted the stakeholders in bold.

One thought on “What Is Net Neutrality?”