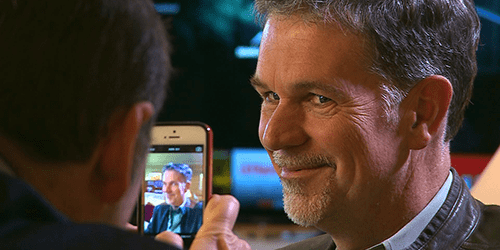 We're cord cutters not just because we can get great content and save tons of money by ditching cable, but because we honestly think that the landscape of television and content creation is changing. It wasn't that long ago that Netflix didn't exist, and now we're seeing it generating ratings that measure up to those of the big four cable networks. Cable companies are losing subscribers, and streaming companies are gaining them.

Of course “streamers win, cable loses” is a cheerful narrative for cord cutters like us, but it's also very simplistic. There's a lot of different factors at play here. Which companies will provide the new streaming content that users crave? Will the streaming companies themselves be the producers of new content, as Netflix has done? Will cable giants like Comcast continue to suffer, or will they develop and market their own OTT solutions?

One place to turn for answers is to the key players themselves. We've combed through interviews and statements from some of the biggest players in cable to gain their perspective on the future of entertainment.

“Prime is one [part of Amazon] that hundreds of millions of consumers know about. I think it's the most important… I think we're in a golden age of television, so if you go back in time even just five years, you couldn't get A-list talent to do TV serials, or, if you could, it was a rare thing. But that's flipped completely.”

“We've had 80 years of linear TV, and it's been amazing, and in its day the fax machine was amazing. The next 20 years will be this transformation from linear TV to Internet TV.”

“[Netflix and HBO] will be like the Yankees and the Red Sox. I predict HBO will do the best creative work of their lives in the next 10 years because they are on war footing. They haven't really had a challenge for a long time, and now they do. It's going to spur us both on to incredible work.”

“We think HBO Now is something of a millennial missile… We see [the HBO Now streaming platform] as an expansion of the pie, not cannibalistic at all of our current business. It is very additive to our business.”

“If you look over the past several years the growth in consumption of online video has been tremendous, whether it was short-form or the Amazon Primes or Hulus of the world… where these markets are going made this the right time for us to get into the [streaming] business.”

“I think the live stream [on Showtime's app] is still important. Some people still want to watch premium the way they watch other television. It was a non-issue for us. We never contemplated the option of not having a live stream.”

“[The new cable and streaming landscape] puts us in a place [where] we're no longer a cable company or a broadcaster, and I think that we're right at the cusp of change in media and technology… you have to re-invent your company all the time, and re-invent what you think the business model to the consumer is.”

“Where I'd like to see us go: it is absolutely to take this overwhelming amount of content choices… make them personalized; make them easy to interact with; and [make them] happen anytime, on any device.”

3 thoughts on “Where Is Television Headed? 5 Quotes From Execs at Netflix, HBO, and More”