According to a widely circulated report, Netflix cuts six days of commercials from the average child's life each year. That's an incredible figure. But while Netflix may be keeping kids away from commercials, it's certainly not keeping them away from screens. According to the findings, kids between the ages of 2 and 18 watch an average of 1.8 hours – or 108 minutes – of Netflix per day, or a total of about 650 hours per year.

That's far, far more time than kids spend on unstructured outdoor play, according to the National Wildlife Federation. Excluding structured activities, modern kids spend an average of just four to seven minutes outdoors playing each day. That means that the average child spends 14 to 26 times more time binge-watching their favorite Netflix shows than they do playing freely outside! 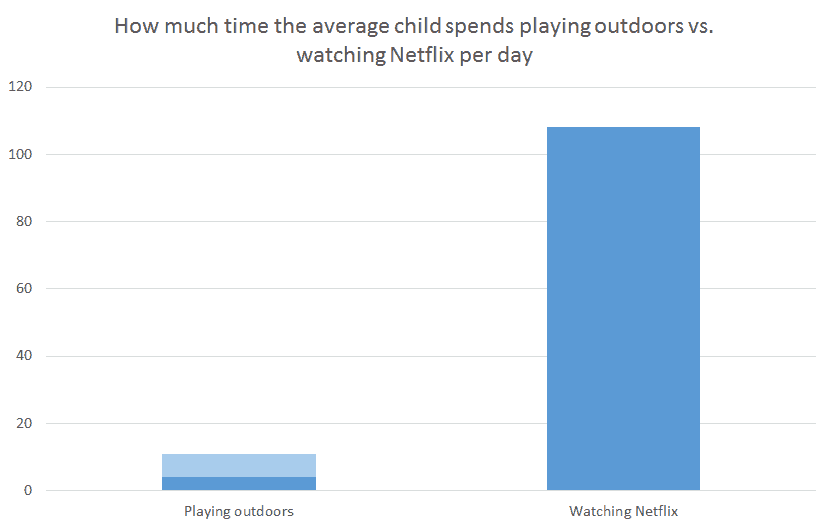 Of course, kids do spend some time outdoors in structured activities. But the lack of unstructured outdoor play really highlights the way that modern childhoods increasingly revolve around screens. Netflix, clearly, plays a huge role in that.