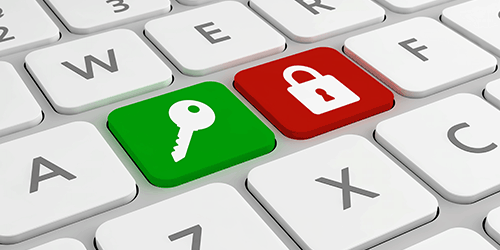 You've probably heard of net neutrality, the hot-button internet issue of our time (and if you haven't, you should read our explainer!). But even if you fully understand what net neutrality means, it's not always easy to identify what's at stake for each party involved – or why any person of sound mind might disagree with your stance on the issue. Let's take a step back for a moment and examine some of the pros and cons of net neutrality for various stakeholders involved.

The Pros and Cons of Net Neutrality

There's a lot of talk about what what will happen now that Ajit Pai and the Trump-era FCC have dropped the hammer on the net neutrality regulations originally established under Tom Wheeler's Obama-era FCC. Companies are newly free to do all sorts of things related to internet speeds, pricing, and business deals, but there's a lot of confusion about what exactly they can do – and what they will actually do, because there are all sorts of ways to use these new powers, some of which are more subtle than others.

To understand the confusion, you have to know a little bit about what net neutrality is. We go in-depth about this in our What is net neutrality? post, but here's the short version: net neutrality means regulating internet service providers in order to ensure equal access to the internet. In its most extreme form, net neutrality would mean regulating these ISPs as heavily as the government regulates utilities like water and power.

The logic behind these sorts of regulations is that utilities are very unique sorts of businesses: it's expensive to build out things like water supply systems, and once you have one, there's not much reason to build a new one. You don't see eight rows of telephone poles on your street, because you only really need one. This creates natural monopolies, which could put consumers at risk: if your water company was able to quadruple its rates tomorrow, what would you do? You couldn't live without water, right? So in most countries – even very capitalist ones like the United States – these sorts of essential services with heavy infrastructure costs become highly regulated. And as the internet has become more essential to living and working, the question has been asked: should the internet be regulated, too? Net neutrality proponents say yes; net neutrality opponents say no. Here's why they each think what they think in the form of a list of net neutrality's pros and cons.

The pros and cons of net neutrality are largely a matter of perspective. There are a lot of stakeholders involved here, and it's clear why many of them feel the way they do. Take internet service providers, who deal with most of the cons. Big companies like Time Warner Cable own the infrastructure it takes to deliver internet service to your house. They pay to maintain it, and they want to profit off of it. And when you use more bandwidth, it costs them more money – yet they can't always charge proportionally. They've tried to get that money out of Netflix and other bandwidth-devouring sites, but the stricter net neutrality gets, the less they are able to do stuff like that.

Without net neutrality, ISPs could push for more money from sites that use a lot of bandwidth, and could even charge users more directly for their bandwidth usage. One way or another, those charges end up with the consumer, and in a moment, we'll see how that could hurt power users and cord cutters in a non-neutral net. For now, though, let's examine what would happen with net neutrality. This stuff still gets paid for, of course, and ISPs can only eat so much of the cost before it gets passed on to consumers. But if all users pay the same amount for internet, then some people must be paying for more than they use, and others must be paying for less. A grandmother checking her email once a week would pay the same as a gamer streaming non-stop to Twitch, and that strikes many as unfair. The less neutral the net gets, the more ISPs can fix this: ISPs can already charge more for higher speeds and more bandwidth, and many also institute data caps. With a non-neutral net, ISPs could also charge more for consumers to access high-bandwidth sites like Netflix. (Of course, with a fully non-neutral net, ISPs would not necessarily have to target only bandwidth-eating sites for higher fees – an issue we'll get to shortly).

ISPs are against net neutrality for one reason: it costs them money. For many consumers, the opposite is true. Why should consumers care about ISP profits?

Cord cutters tend to support net neutrality, and so do the companies that cater to cord cutters. Netflix, Amazon, and the rest don't want net neutrality regulations rolled back, because their bandwidth-devouring sites would be obvious targets for ISPs free to penalize them. Without net neutrality protections, ISPs will inevitably go after Netflix users, online gamers, and other folks whose internet use is pricier for ISPs to handle.

The big question right now is what this would look like. Some observers fear a cable-style model, in which ISPs would charge different amounts for different “bundles” of sites. Without net neutrality protections, ISPs could theoretically block sites: just as your cable bundle might not include MTV2 or HBO, your internet bundle might “not include” YouTube or Netflix.

That's an upsetting idea to the typical user, but even a better-branded attack on streaming sites would eventually cost consumers. For instance, ISPs could merely threaten to throttle Netflix (make it run slower, which would be cheaper for ISPs but would ruin the experience of Netflix users) unless Netflix subsidized all this extra bandwidth the site uses. This has already happened, actually, but the looser net neutrality restrictions are, the more it could happen in the future. That may not sound like a big deal, but remember, this money has to come from somewhere. If Netflix is paying the ISPs, its overhead goes up, and that means you can expect Netflix price hikes. One way or another, a non-neutral net becomes more expensive for streamers and cord cutters – as well as for gamers and internet users who broadcast content, host web servers, upload and download a lot of files, and so on.

Up until now, we've talked about high-bandwidth sites. But while ditching net neutrality regulations would give ISPs the power to punish bandwidth-devouring sites, this power wouldn't apply only to those sites. ISPs could just as easily extort users of Facebook, Twitter, Google, and other sites (or go after the sites themselves in the ways mentioned above). ISPs could argue that these sites take a lot of bandwidth up in total, but they're not necessarily all sites that are costly on a per-visit basis; keeping your Facebook home page open is not comparable to streaming a movie in 4K, of course. But with loose enough regulations, ISPs could find ways to get more money out of popular sites.

Naturally, allowing ISPs to restrict access to sites – either by throttling them and making them cost more, dividing them up into cable-style “bundles,” or simply blocking them entirely – opens up a huge can of worms. The less neutral the net, the more power ISPs have to punish individual sites, and while we've spoken so far about big boys like Netflix, this could have a disturbing effect on smaller sites. Would ISPs provide some balance in what they made available in hypothetical “bundles,” or would news sources with certain political leanings end up favored? Would sites that promote things ISPs don't like – like, uh, cord cutting – be in danger? And if ISPs gain the power to be true gatekeepers of the internet, would they be obligated to block hate sites and illegal content? A neutral net avoid these issues and leaves the internet a relatively untouched bastion of free speech. A less neutral net would give major corporations a disturbing amount of control over what we can see on the internet.

Some of the pros of net neutrality depend on just how regulated things get. In its most extreme form, net neutrality could include serious price caps and rules about how prices would go up over time. We've already established that the money comes from somewhere, and that a neutral net is good for power users and less good for light internet users. But serious price restrictions could theoretically limit the hit taken by light internet users, and instead force the ISPs to eat the cost. This is part of the trickiness of this debate, of course: the question is not just whether a neutral net is better, but how much we are willing to regulate to make a neutral net happen. Should ISPs be limited in what they can change? How limited should they be? Should users pay for higher speeds and more bandwidth, or for the actual data they use? Who should subsidize who, and by how much? What are we willing to let ISPs do in order to make their business profitable? The debate rages on. Cord cutters have an interest in fighting for a neutral net, but, as always, there are two sides to this issue and plenty of pros and cons to net neutrality.

7 thoughts on “The Pros and Cons of Net Neutrality”