$50. Speeds of up to 100 Mbps. T-Mobile 5G Home Internet might be the single most exciting deal in home internet. Sign up today.

Fuse was once known as the place to be for music on TV, as it had music videos, concerts, and more. But since 2015, the focus of Fuse has changed. Fuse added programming aimed at attracting a Latino audience, which includes reality shows, films, and documentaries, as well as some legacy music content. If you don't have cable, though, you might think that you're not going to have access to Fuse. That's not necessarily the case, and we'll explain why as we cover how to watch Fuse without cable.

How to Watch Fuse Online Without Cable

Fuse is a network television channel, which means it is normally only available through a pay TV multichannel service like cable or satellite. Bummer, right? Well, it would be, except that times are changing. Cable and satellite aren't the only pay-TV services around and the other options are really exciting.

Cord-cutters can now watch Fuse without cable, and the reason for that is the rise of the “skinny bundle.” Skinny bundles have a lot of advantages over legacy pay-TV competition. For one thing, they're cheaper. That's because skinny bundles trim the fat off of bulky cable bundles. Since content is delivered over the internet, there are no monopolies. As a consumer, you aren't limited to regional monopolies, and more competition means better service and lower prices. 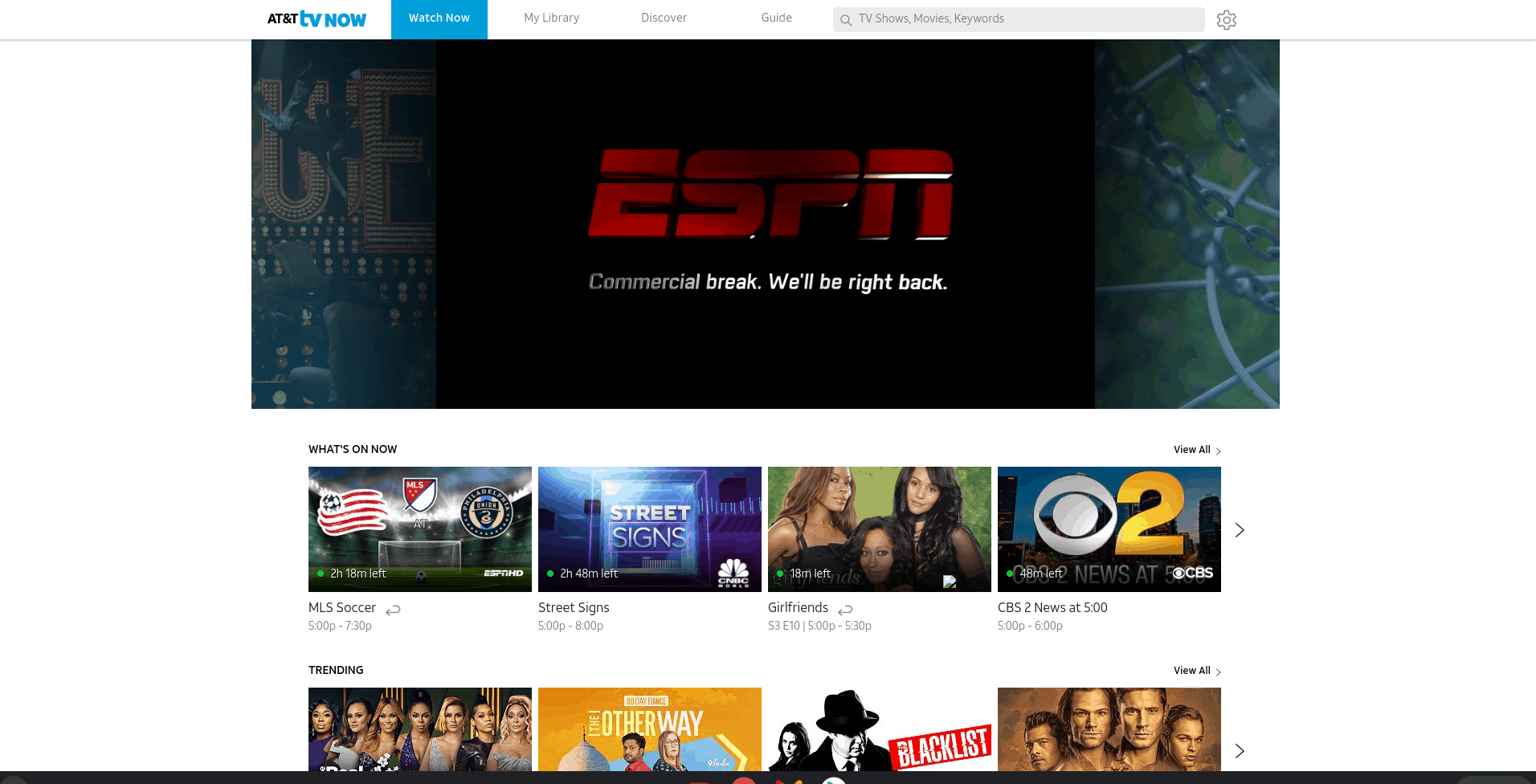 DIRECTV Stream used to be known as AT&T TV, and it's a good fit for Fuse fans. You'll find it in multiple DIRECTV Stream packages, so just pick one to get started.

Stream Fuse for free with fuboTV

fuboTV is a great solution to the question of how to watch Fuse without cable, because it includes a Fuse livestream. Some of the best reasons to check out fuboTV include excellent platform support, solid app experiences, and smooth streaming quality. Plus, you can try everything out for free by signing up for fuboTV's free trial offer. If you want to know more before you sign up, check out our most recent fuboTV review.

Most skinny bundles offer a selection of “base” bundles at different sizes and price points before enticing you with add-ons, but Sling TV takes the opposite tack. The small base bundle combines to form a bundle comparable to most of the competition's entry-level offerings. But after that, you're done with base bundles: everything else is going to come in the form of add-ons. That's great for fans of niche channels, because it makes it more cost-effective for subscribers to add channels that might be relegated to the high-priced tiers of competitors' offerings. All Fuse fans have to do is create a bundle that includes Fuse. Sign up by clicking on the link in this section.

Can I Watch Fuse on Roku, Fire TV, Apple TV, or Chromecast?

TV is fun to enjoy from the comfort of your own home, but let’s be real: TV is best when it’s got some flexibility baked in. Activities like working out, working at a desk, or even commuting to work are a lot easier when you have something like Fuse to focus on. Lucky for you, you don’t need to stay at home to take advantage of everything Fuse has to offer. You can watch Fuse on your phone or other mobile device, and that’s not all you can watch it on! Check out the chart below to see the numerous ways to watch Fuse online without cable using Roku devices, Fire TV devices, and more.

Don’t Blow a Fuse — Your Fuse Livestream Is Here

By now you should have a good idea of how to watch Fuse without cable. But wait, there’s more! If you love music, then you should know that it’s also possible to watch some other great music channels without a cable subscription.

Remember the glory days of MTV? Well, it’s still around, though it’s changed quite a bit. But if you’re curious about what MTV looks like now, our guide to watching MTV without cable will tell you how to get a streaming feed of the channel that was once known as Music Television.

Like MTV, the VH1 channel carries a mix of reality TV, musical content, and more. If you’d like to explore what VH1 has to offer, our guide to watching VH1 without cable can help you out. Happy streaming!