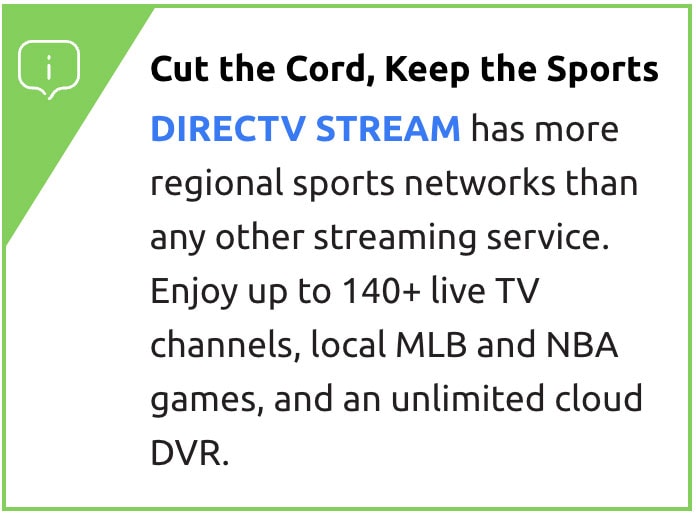 “The Masked Singer” is one of the most distinctive shows on TV right now. What started in South Korea has now drawn an audience in America. If you watch it, it’s hard not to get invested in who the celebrities singing behind the mask might be. But are viewers without cable doomed to be left out in the cold? Is there a way to stream “The Masked Singer” online?

“The Masked Singer” airs on FOX. Wayne Brady also won the show’s second season by dressing as a fox, but that was a coincidence. Anyway, FOX is a broadcast television network that you can get over the air with an antenna. We’ll get more into what that means later. For now, let’s talk about ways to watch the show via skinny bundles.

What’s a skinny bundle? It’s also known as a live TV streaming service. In fact, you may prefer to call it that! But whatever you call it, it’s a way to watch TV by using the internet connection in your home. Cable TV connects you to channels through a cable box or something similar, but with skinny bundles, you’re using your home internet. You’re also typically getting fewer channels than what you’d find in inflated cable bundles. You’re paying a more reasonable price as well, and you don’t have to worry about cable contracts that somehow require you to surrender your dog to the cable company if you want to end things early.

DIRECTV Stream is a fantastic option for cord-cutters who miss the big shows and popular channels they got with cable. It's not as cheap as some competitors, but DIRECTV Stream offers a massive channel selection and still manages to stay flexible. Unlike cable, it won't lock you into a long-term contract.

Stream "The Masked Singer" for free with Hulu

Hulu + Live TV has really stepped up its game. On top of on-demand streaming shows like “The Handmaid’s Tale” and movies like “Palm Springs,” Hulu offers top-notch live TV. If you want to watch FOX and “The Masked Singer,” Hulu + Live TV is a worthwhile option.

Stream "The Masked Singer" for free with fuboTV

fuboTV is a live TV streaming service. It’s ideal for fans of all kinds of programming, and that includes “The Masked Singer.” fuboTV has affordable subscriptions and often offers free trial programs to new customers.

Stream "The Masked Singer" for free with Sling TV

Cable alternative Sling TV now offers a FOX livestream in a few markets, which means viewers in those markets can use the service to watch “The Masked Singer.” It’s true that “The Masked Singer” is a guessing game, but watching it without cable doesn’t have to be.

Does getting TV through your antenna sound a little too rustic, like something your eccentric uncle in Idaho does once he’s finished chopping enough wood for a fire? Well, it’s not. In fact, people who live near city centers have a better chance at picking up more channels, including FOX. That’s because most broadcast towers are based near population centers.

Free over-the-air TV offers stellar picture quality; there’s no need to peer through the static and guess what show you’re watching. Once you’ve got an antenna, all you need to do is configure it properly, and that’s not as tricky as it sounds. Don’t let fear of an antenna stop you from watching “The Masked Singer” and other shows without cable.

Can I Watch The Masked Singer on Roku, Fire TV, Apple TV, and Chromecast?

You don’t have to pick one device for watching The Masked Singer and stick with that forever. You’ve got plenty of flexibility to go back and forth between devices. If you’d prefer to stick with watching the show at home on a Roku or Fire TV, that’s your call. But you can also take in the latest episode of “The Masked Singer” while you’re on the go. The chart below will give you a better idea of your options.

Watch What You Want, ‘The Masked Singer' Fans!

“The Masked Singer” is a loud, colorful show that’s hard to get out of your head. You may lie awake at night wondering who, exactly, is the celebrity behind the seahorse, popcorn, or handheld vacuum cleaner (two out of three of those costumes are real; I made the last one up). But what should you watch once your favorite performer is unmasked?

Well, you can watch whatever you want. But if you’d like another show about elaborate disguises, check out “The Mandalorian.” It’s a PG-13 space western that puts a new twist on the “lone wolf” archetype. The vibe is very different from “The Masked Singer.” For one thing, Ken Jeong and Robin Thicke never show up and start guessing who is behind the Mandalorian’s mask. But if you’re even mildly curious about the expanded Star Wars universe, you’ll probably like this show. It also gives you a chance to find out what all those Baby Yoda memes are referencing.