How to watch ‘Monsters at Work' online

Stream "Monsters at Work" with Disney+ 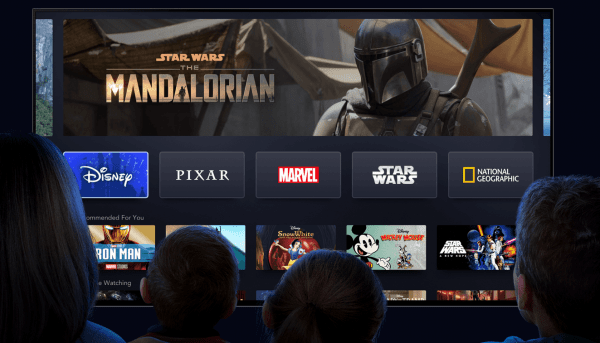 Disney owns multiple streaming services, including ESPN Plus and (most of) Hulu. But it's the company's newest streaming service, Disney Plus, that is getting the lion's share of much-hyped shows and movies from Disney's most valuable media holdings, including Marvel Studios, “Star Wars,” and — most importantly, for our purposes — Pixar. Pixar content is key to Disney Plus's appeal, and the selection of Pixar titles includes both classics and all-new content. Among the latter is “Monsters at Work,” the new original series from Disney that will soon stream exclusively on Disney Plus.

Can I watch ‘Monsters at Work' on Roku, Fire TV, Apple TV, or Chromecast?

So you're hyped up about “Monsters at Work” — we can't blame you! You're ready to subscribe to Disney Plus in order to stream the show, and all you need to do now is figure out how to actually access this new Disney streaming service. Fortunately, you have lots of good options.

Disney Plus has boasted great platform support since it launched on November 12, 2019. It offers apps for all of the major streaming platforms: Roku, Fire TV, Android TV, Apple TV, and Chromecast.

Streaming TV devices and smart TV platforms aren't your only options, of course. You can also stream “Monsters at Work” on iPhone or Android smartphones, thanks to Disney Plus apps for iOS and Android.

Disney Plus also offers an in-browser app, which makes it easy to watch Disney Plus on your laptop or desktop computer.

You're even able to watch Disney Plus on some video game consoles: Disney Plus has apps available for Xbox One and PlayStation 4.

When is the ‘Monsters at Work' release date?

“Monsters at Work” made its Disney Plus debut on July 7, 2021. As of this summer, your “Monsters, Inc.” and “Monsters University” favorites are back in action.

What will ‘Monsters at Work' be about?

“Monsters at Work” is set in the same world as “Monsters, Inc.” and “Monsters University.” The series will slot into the timeline after the events of the first film (which is the second, chronologically), kicking off about six months after (spoiler alert!) the Monsters, Inc. company's big shift from scares to laughs. It follows Monsters, Inc. mechanic Tylor Tuskmon (voiced by Ben Feldman), who idolizes Mike Wazowski and James P. “Sulley” Sullivan, the dynamic duo featured in the two “Monsters” films. Billy Crystal and John Goodman will be returning to voice Mike and Sully, respectively.

We don't know much about the plot yet, but we do know that the main character dreams of working alongside his idols — and, seeing as the cast includes Crystal and Goodman, it seems like a good bet that Tylor will meet his heroes.

“Monsters at Work” is sure to be a good time for fans of Pixar’s gang of lovable beasts. Now that you know how you can watch the show without cable, there’s no reason for you to go without it!