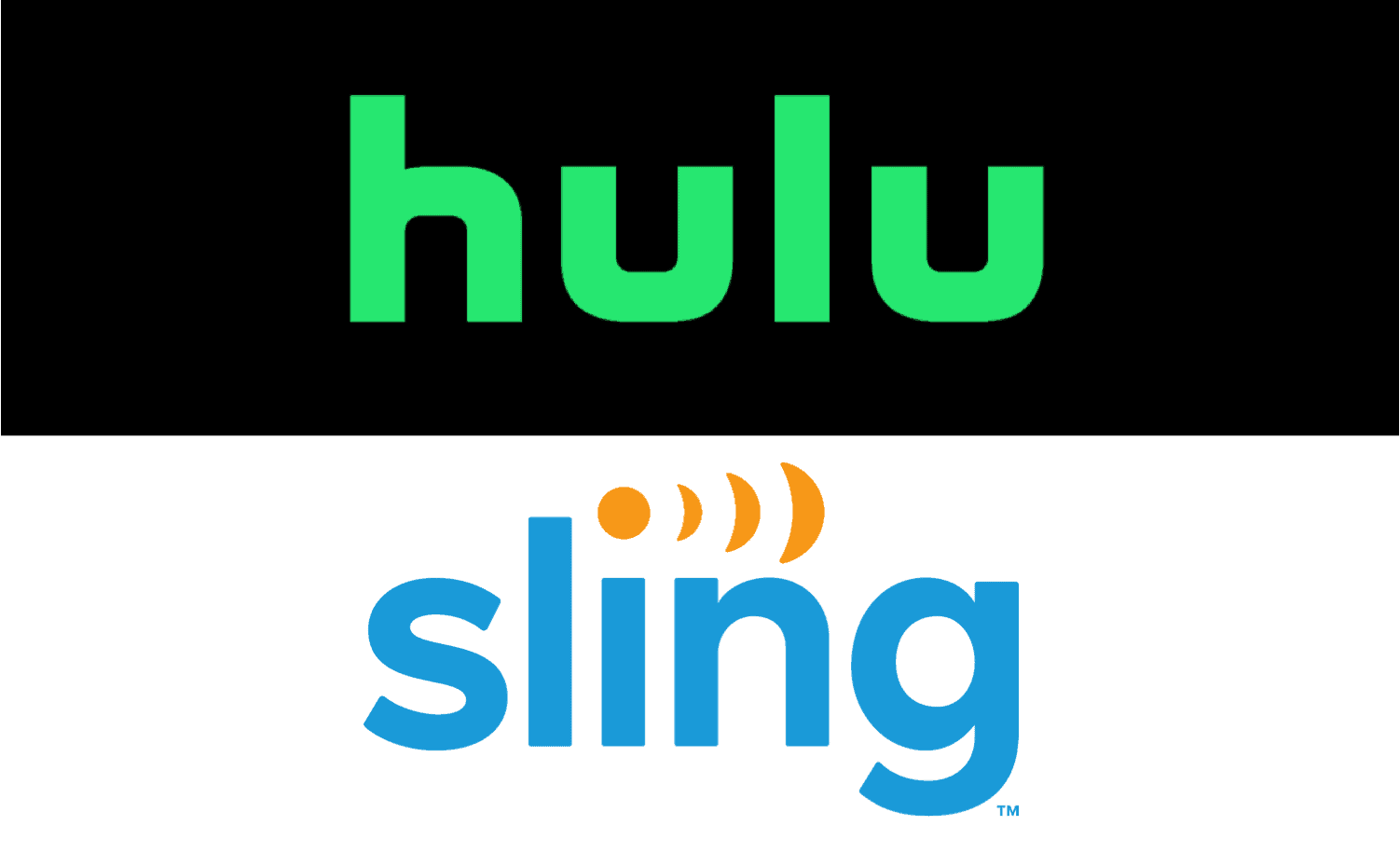 Cutting the cord is the easy part: All you really have to do is call up the cable company and tell them the bad news. The hard part about cutting out cable is learning how to watch the shows, movies, and TV channels that you love without having to go crawling back to cable. The good news is that there are a lot of great streaming service options, including Hulu and Sling TV. The bad news is that there are so many options that it’s easy to get confused. If you’re weighing Hulu vs. Sling TV — or if you’re just trying to figure out what these two services are — then you’ve come to the right place. We’ll tell you everything you need to know about Hulu and Sling TV, including what makes them different and what might make one or the other the best choice for you.

Hulu: A subscription video on demand service with a live TV option

Sling TV: A live TV streaming service with a “skinnier” bundle than cable

What's the Difference Between Hulu and Sling TV?

Hulu and Sling TV are both streaming services, and they both offer a selection of live TV channels. But there are some important differences, too.

First, Hulu isn't just a live TV streaming service. It's also a “subscription video on demand” service (like Netflix): Streamers pay a monthly subscription fee, and they get to watch the TV shows and movies in Hulu's library whenever they feel like it. Hulu's cheapest plan works this way. It has different shows and movies than Netflix does (and it also has ads), but it's otherwise pretty similar to Netflix.

But Hulu also has another option called Hulu + Live TV. This version has all of the on-demand stuff from “regular” Hulu, plus access to live streaming channels. Hulu + Live TV works kind of like a streaming version of cable: Subscribers pay a monthly fee, and they get lots of live TV networks. We're talking about channels like AMC and ESPN here — you know, all of those same top-rated networks that you know from cable and satellite.

“Multichannel” streaming services like this aren't new. In fact, before Hulu had a live TV streaming option, Sling TV was offering the same sort of service. Sling TV debuted way back in 2015, and it aims to suit us better than cable or satellite by dropping prices and trimming out unwanted channels.

A lot of other services like Sling TV have come out since, including the “+ Live TV” part of Hulu + Live TV. But Sling TV is still a little different from its competitors. The important thing for us to know is that Sling TV is really focused on slim and customized channel bundles. If you sign up for Sling TV, you'll get to choose between a few different bundles, and you'll be able to customize things further with small and affordable add-on bundles. That's not really the case with most other live TV services. With Hulu + Live TV, for example, you get one big bundle — take it or leave it! — and only a few limited customization options, like add-on subscriptions for premium channels.

In short, Sling TV and Hulu + Live TV are two different ways to watch the live TV channels you used to get from a cable or satellite provider. But Hulu has more than just this live TV option, because it also has a (much cheaper) on-demand streaming option without any live TV. Plus, Sling TV is a little more customizable. If you've got all that, let's dive into some details!

What You Can Watch on Hulu vs. Sling TV

When it comes to what you can watch on Hulu and Sling TV, there are two things to keep in mind. First, there's the type of content that you can watch. Hulu has on-demand content, like new and old episodes of your favorite movies and sitcoms. Hulu also has live TV channels, but only if you have Hulu + Live TV. Sling TV is all about live TV.

Actually, it's not quite that simple: Live TV streaming services like Sling TV and Hulu + Live TV often let you rewind live TV and watch recent shows and movies on demand, plus they typically include a DVR. Sling TV and Hulu + Live TV both check these boxes, so it's not quite fair to say that Sling TV has no on-demand content. It does! It's just that this on-demand content is coming from the TV channels that Sling TV offers live, so the selection is a bit limited. Sling TV's on-demand content sweetens the deal, but it's not the whole point of the service, the way it is with Netflix or with the on-demand side of Hulu.

The second thing to keep in mind is that there are different things available to watch within these broader categories. You can watch live TV networks with Sling TV or with Hulu's Hulu + Live TV subscription, but the channel selections are a little bit different. And you can watch on-demand content on either service, but Hulu's on-demand selection is larger, and it includes exclusives and original series.

Let's talk Hulu + Live TV channels vs. Sling TV channels. The most important difference to know is that, as of this writing, Sling TV does not offer the four major networks as part of its streaming service. That means no local feed of ABC, CBS, Fox, or NBC. You can, however, get these channels from Hulu + Live TV. Major network streams are only available in select markets on Hulu + Live TV, but that's the norm for streaming services like this (it's because of all of the different local versions of ABC, CBS, Fox, and NBC — it's tough for services to guarantee they'll have deals set up with all of those networks across the country). Just make sure that your local channels are covered by visiting Hulu's website and looking at the Hulu + Live TV channel selection.

Another content difference between Hulu + Live TV and Sling TV that you should keep in mind is that they have different add-ons. The headliner here is HBO Max, which is available as an add-on to Hulu + Live TV, but not for Sling TV. This isn't necessarily a huge deal, because you can just sign up for HBO Max on your own — you don't need Hulu + Live TV or Sling TV to get HBO Max. But if you want to package everything together in one tidy bill, you may want to weigh this factor and take a closer look at Hulu + Live TV.

How Much Will You Spend on Hulu vs. Sling TV?

Hulu and Sling TV have different pricing structures. Hulu keeps things pretty simple. You can pay a relatively low price for an on-demand subscription (without live TV), which you can upgrade to an ad-free subscription for a little extra. If you're willing to spend more, you can upgrade to Hulu + Live TV, which includes live TV channels as well as the same on-demand content you'd get with the basic subscription. (You can add the ad-free feature to this deal, too, but be aware that it will only remove ads from the on-demand content, not the live programming).

For the latest on Hulu's pricing, check out our complete guide to Hulu.

As for Sling TV, it starts out pretty cheap for a live TV service: its two entry-level base bundles, Sling Orange and Sling Blue, cost $30 per month each. Combined, the two become Sling Orange + Blue, which costs $45 per month. The Sling Orange and Sling Blue plans are smaller on their own than Hulu + Live TV's main bundle is, so they're not quite as cheap as they look. But they do give Sling TV some pricing flexibility that its competitors don't have, which is good news for us streamers. If you select a Sling TV base bundle, you'll be able to tack on small add-on bundles for $5 or more per month each. These affordable mini-bundles make it easy for you to add a few channels of a certain type (sports channels, for example, or new channels) without also having to add a bunch of networks you don't want.

So what's cheaper? It all depends. Hulu's on-demand subscription is cheapest, but it's not really the same thing as Sling TV's live TV bundles. If you're determined to get live TV networks, Sling TV's base bundles are cheaper than Hulu + Live TV. But Hulu + Live TV includes some channels from the get-go that Sling TV keeps in add-on bundles, so be sure to take the time to figure out the cost of the bundle you actually want to get, rather than just looking at basic prices.

Hulu + Live TV vs. Sling TV: Which Should You Choose?

So if your streaming purchase decision comes down to Hulu and Sling TV, which should you choose?

We at Cordcutting.com can't make that call for you, but we can help guide you through the decision. Let's start with the obvious: If you're looking for a subscription service that gives you on-demand TV shows and movies in the same sort of way that Netflix does, then Hulu is the better fit of these two services. Hulu's on-demand service is great, and it's also pretty cheap — you can even bundle it with Disney+ to get even more to watch on the cheap.

If you're looking for a live TV streaming service full of the channels you miss from your days as a cable or satellite customer, then you'll have a tougher decision. Hulu + Live TV is a great service that's available for a solid price. It has you covered for all of the big popular channels, including major networks like CBS and Fox. But Sling TV is worth a look, too, especially if you value flexibility and are budget-conscious. It doesn't have major networks, but you might be able to get those with an antenna. If you're adaptable and flexible, you might be able to get a live TV setup through Sling TV that gives you more of your favorite channels for a lower price than Hulu can match.

With that said, Hulu is a simple and straightforward option that got a great review from us. We recommend both of these services, but if you're the sort of streamer who finds all of this a little confusing, then Hulu is probably the safer bet.