In the world of streaming video, no service is more important than Netflix. When Netflix released its streaming service way back in 2007, it was the only service of its kind. A lot has changed since then, of course, but Netflix is still delivering top-notch streaming movies and TV shows to its millions upon millions of subscribers. Netflix has original shows and movies of its own, now, and can be viewed on devices as diverse as your iPhone and your Roku. “What is Netflix?” is a question that virtually nobody has to ask, but there still might be some things you don't yet know about the world's most popular streaming service. Here's our complete guide to Netflix, including information about the best Netflix original series, how much Netflix costs, and how to cancel Netflix.

What Shows and Movies Are on Netflix?

Netflix is full of great content, just as it always has been. But modern Netflix also has some stuff that the streaming service's original 2007 incarnation did not have: original movies and TV shows. With the cost of licensed content rising, original productions have become a key part of Netflix's long-term strategy, and the company has invested in its own shows and movies in a big way. The result has been a huge crop of original series. The originals come in all sorts of genres – and, truth be told, all different levels of quality. But some of Netflix's best original series and movies are real classics that rival the best stuff that big Hollywood studios and competitors like HBO can offer. 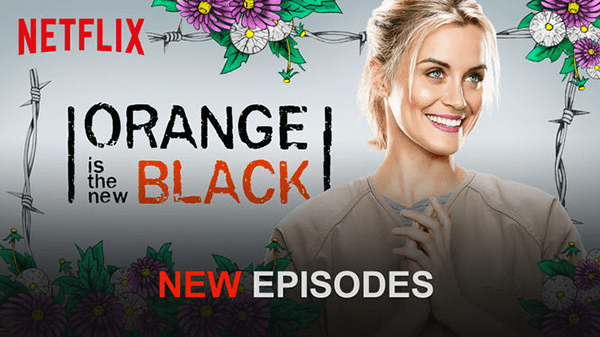 Here are some of the highlights of Netflix's catalog. We're focusing on original series, but Netflix also has plenty of licensed content. To see how Netflix's licensed content library changes from month to month, check out our coverage here at Cordcutting.com.

That's just a small sample, of course – you'll find much more on Netflix's apps and website, as well as on Cordcutting.com in our recommendations and New on Netflix posts.

What Devices Can I Use to Watch Netflix?

Netflix has been dominating the streaming space for so long that it actually predates the arrival of streaming boxes and devices – after all, until there was Netflix, there was just no reason for a streaming platform like Roku to exist! The original Roku was built with Netflix in mind, and Netflix has done a great job of ensuring that it has a quality app for every major platform that has rolled out since. On top of that, Netflix works great in your browser, on your smartphone, on your tablet, and on other devices you may want to stream on. Here's the full list.

Virtually every streaming platform has an app for Netflix, because it's the first app most people will want to use. If your favorite device can stream at all, then it's virtually certain to have Netflix! But, if you're paranoid about your particular brand of smart TV or streaming box, you can head over to Netflix's website to check out the complete (and very long) list.

How Much Does Netflix Cost?

Netflix was crazy cheap when it first arrived on the scene in 2007. But between inflation, the growing expense of competitive streaming rights deals and original series spending, and the inevitable growth of a profitable company, Netflix had to bump its prices up a few times.

Despite all of that, Netflix is still remarkably cheap. Its pricing is in line with that of many of its competitors – this despite the fact that, to many, Netflix is an indispensible service that's on another level from its competition.

So let's get down to brass tacks: how much does Netflix cost? Well, that depends on what plan you choose. Netflix's most popular plan costs $10.99, but you can pay more or less than that depending on what features you can and can't live without. Here's the full breakdown:

Want to save money on Netflix? Well, you'll have to wait for a special promotion – and with its huge user base, Netflix doesn't often need to do those. Still, you sometimes see other companies offer deals that involve Netflix, such as deals that cover your subscription fees for a time or exempt your Netflix data usage from your mobile plan. Keep your eyes peeled, and check back at Cordcutting.com for all the latest deals on major streaming services (not to mention deals on streaming devices and other cord cutting-related goodies).

Of course, there's a great deal on Netflix that is always available: its free trial for new customers.

Getting a Netflix Free Trial

Netflix offers a week-long free trial to new customers. That's more than enough time to get yourself hooked on Stranger Things, so be sure to take advantage of it!

Netflix contracts? We know both those words, but when you put them together they just… don't make sense.

Netflix has been killing cable for years, and one of the reasons why is the fact that Netflix has no long-term contracts to worry about. You pay for Netflix by the month, and you can cancel at any time. If you cancel, your subscription will end at the end of your current billing period.

In other words, if you just paid for the coming month, you won't get that money back – but you will have Netflix until the end of the month. If you cancel right before you would have paid, your service will end sooner and you won't have to pay any more.

How to Cancel Netflix

Canceling Netflix isn't hard, but let's break it down real quick just to make sure that you're doing everything right. After all, you don't want any surprise Netflix charges on your credit card statements! Here's how to cancel Netflix.

First things first: log into your account on Netflix's website. Pick your user and then head to the top-right of your screen, where hovering over your icon will give you a drop-down menu. Navigate to Account and then click Cancel Membership. Can't find the Cancel Membership button? It's over on the upper left, just under the “Membership & Billing” header. It's in black text instead of the blue that the other links use. Almost like they didn't want you to find it, right?

For more detailed instructions on how to cancel Netflix, check out our full post on the subject.

Have we covered everything there is to know about Netflix? Certainly not! Our guide to Netflix has give you all the basic information you need in order to understand and use the kind of the streaming services, but that doesn't mean that there isn't more for us to write about and more for you to read about.

You'll find all of that and more here at Cordcutting.com, so click the links to check out our coverage or search for “Netflix” in our search bar for more.