When Amazon was founded, it was a humble online bookstore. Now, decades later, Amazon is so much more that that. The e-commerce giant also has its hands in everything from cloud computing to consumer hardware. Right now, we're here to talk about the hardware — those devices that Amazon makes and sells to consumers. Lots of Amazon devices are useful to cord cutters, including Amazon's popular Fire TV family of streaming devices. If you've been wondering what a “Fire Stick” is, you'll find everything that you need to know below — along with information on other Amazon products, including smart home products, tablets, and more.

A streaming platform acts as a portal to all of your diverse streaming options. It organizes your apps and subscriptions, making it easy for you to switch back and forth between Netflix, Hulu, and other options. Amazon’s take on the streaming platform is among the most popular and most impressive options on the market.

What apps and services are on Fire TV?

The point of Fire TV is to organize all of your streaming subscriptions and give you access to lots of different ways to rent and buy video, play games, and more. So perhaps the most important question that we can ask about Fire TV is this: what apps does it have?

Quite a few! Amazon’s Fire TV platform supports all of the major subscription streaming services, including Netflix, Hulu, and, of course, Amazon’s own Amazon Prime Video. You'll find lots of Amazon content displayed right on the main Fire TV menus (no need to enter a specific Amazon Video app), and you can enter apps for other services to find even more things to watch.

It’s worth noting that Fire TV is particularly enamored of Amazon’s own streaming options. Again, Amazon’s offerings are integrated into the platform itself — in other words, you won’t even have to open an Amazon app to see some of the titles you can buy on Amazon or stream with Amazon Prime Video. The titles themselves are displayed in top-level menus on the platform. That contrasts a bit with the way that some other platforms, such as Roku, work. Of course, this is part of how Amazon makes money off of its platform — by using it to direct streamers to Amazon’s other services.

This tendency is why it’s sometimes said that Fire TV is a platform for Amazon power-users. That’s a bit of an oversimplification — Fire TV has plenty to offer all users, and Amazon power-users can get a lot out of other platforms, too — but it has a bit of truth to it nonetheless.

Amazon manufactures a few different devices that come with the Fire TV platform on board. Those include the eponymous Fire TV (which now appears to be getting phased out) as well as a few variations, such as the low-cost Fire TV Stick. Then there are the smart TVs that come with Fire TV already on board: Amazon partners with other manufacturers to produce those. Let's run through the Fire TV device options! 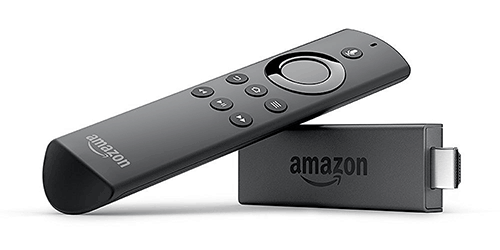 The most affordable way to get Fire TV is to grab an Amazon Fire TV Stick, which offers quality streaming in up to 1080p HD. 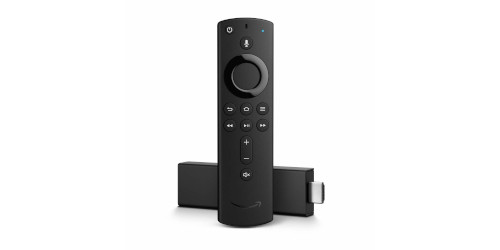 This 4K-capable big brother to the regular Fire TV Stick appears to have supplanted the old flagship “Fire TV” in Amazon's streaming lineup. 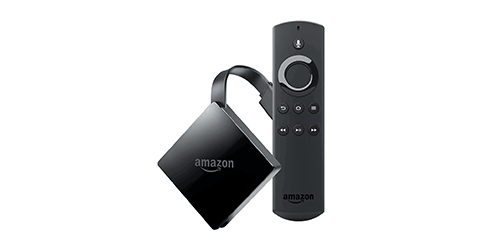 The just-plain “Fire TV” was Amazon's flagship streaming device. It debuted as a streaming box, but later generations transformed into a diamond-shaped dongle. As of this writing, it appears to have disappeared from Amazon's web store. The Amazon Fire TV Stick 4K is its spiratual descendant. 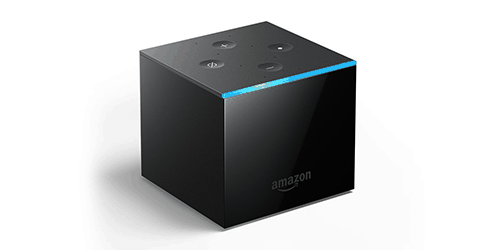 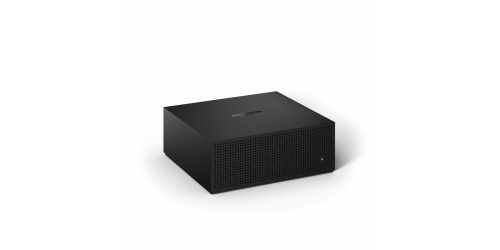 Another more-than-just-a-Fire-TV device, this bad boy combines all of the expected Fire TV functionality with an over-the-air DVR for watching and recording free OTA TV. 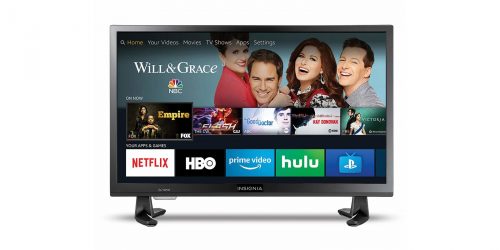 Want Fire TV, but want a smart TV, too? You don't have to choose. Manufacturing partners like Toshiba have helped put Amazon's Fire TV platform on smart TVs.

We're living in the era of the personal digital assistant, and Amazon's Alexa is one of the best-known and best-loved AI helpers out there. Alexa has the power to answer questions, help you control smart home devices, and even tell jokes. It all happens through speech, which means that Alexa users will need something to speak to — and to hear from.

That's what Amazon's Echo devices are for. This product line is full of smart speakers that can be voice-controlled using Alexa. You can play music, use Alexa's mighty artificial brainpower, and even control other Alexa-connected devices (like Amazon Fire TV devices and some products manufactured by third parties), all through these speakers. 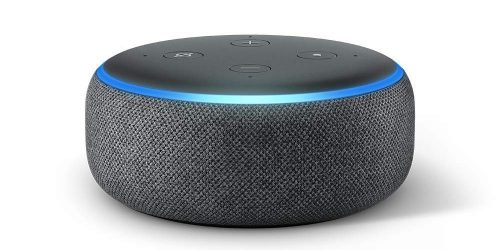 Amazon's Echo Dot is its smallest and most affordable Echo device. It's a great place for Alexa newbies to start. Alexa power-users will find uses for the Echo Dot, too: it's great for expanding your Echo network within your home. Echo devices can use their microphones to determine where you're speaking from, so your nearest device will be the one that responds to your requests. 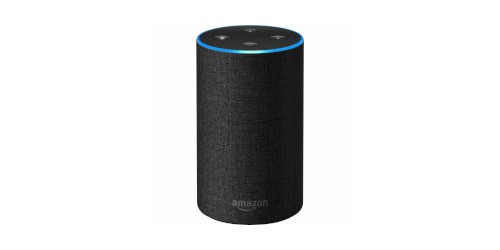 The full-sized Echo is the Echo Dot's big brother. It's fully equipped with Alexa and all of her many powers. Plus, it's a really nice speaker! You should consider the Echo if you're planning to use your smart speaker to listen to music, podcasts, and other things that will be more enjoyable when your audio quality is superior. 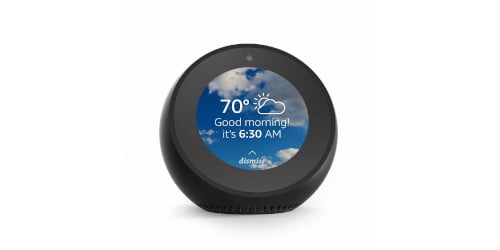 This Echo device features a small screen that will allow Alexa to show you information and videos. Check the weather, view the feed from a connected smart home camera, or look at photos. 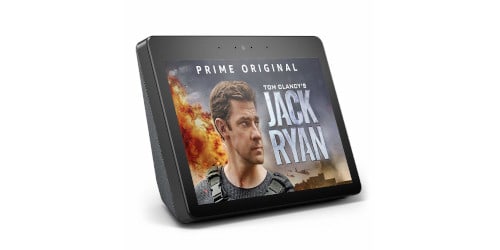 The Echo Spot's big brother is the Echo Show, which features a larger screen. You can use the built-in camera for video chatting with friends and family. 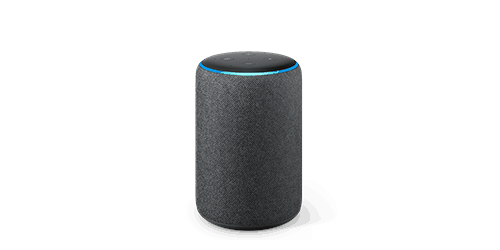 The Echo Plus is bigger and more powerful than the Echo. In addition to great sound quality and Alexa abilities, the Echo Plus has a built-in smart home hub and temperature center. This effectively gives it more smart home-related powers out of the box than other Echo devices can boast.

Amazon has lots more to offer to Echo and Alexa users. Add-on cameras, subwoofers, smart home hubs, stereo tuners, and more are available from Amazon and other licensed manufacturers.

Amazon's Fire is an Android-based mobile operating system and the mobile counterpart to the popular Fire TV streaming platform. Amazon puts its Fire OS on tablets and phones, and its very affordable line of Fire Tablets is particularly popular. 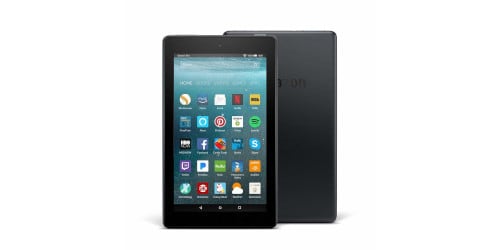 Amazon's entry-level tablet is an insanely affordable alternative to small Android tablets. It features a 7-inch screen and access to Amazon's impressive app library. You can beef up the storage if you're willing to pay a bit more. 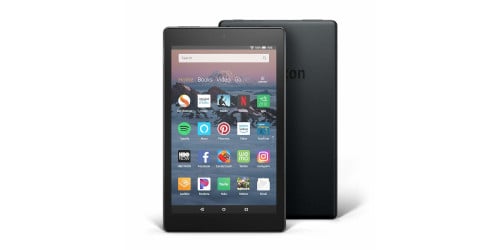 Amazon's 8-inch tablet features a high-definition display and improves on the battery life of the Fire 7. 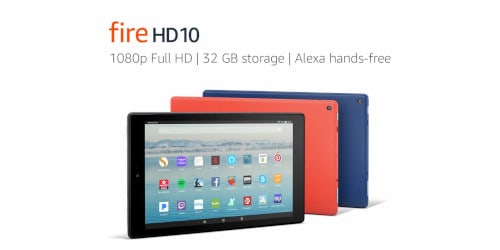 This one is — you guessed it — 10 inches, and it features a true 1080p HD screen and the best hardware specs of the bunch. 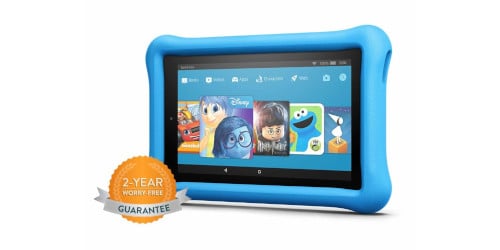 The Kids Edition of the Fire 7 features a childproof case and an extended guarantee. All Kids Edition products include a year's subscription to “FreeTime Unlimited,” a service that has tons of kid-friendly books, videos, and games. 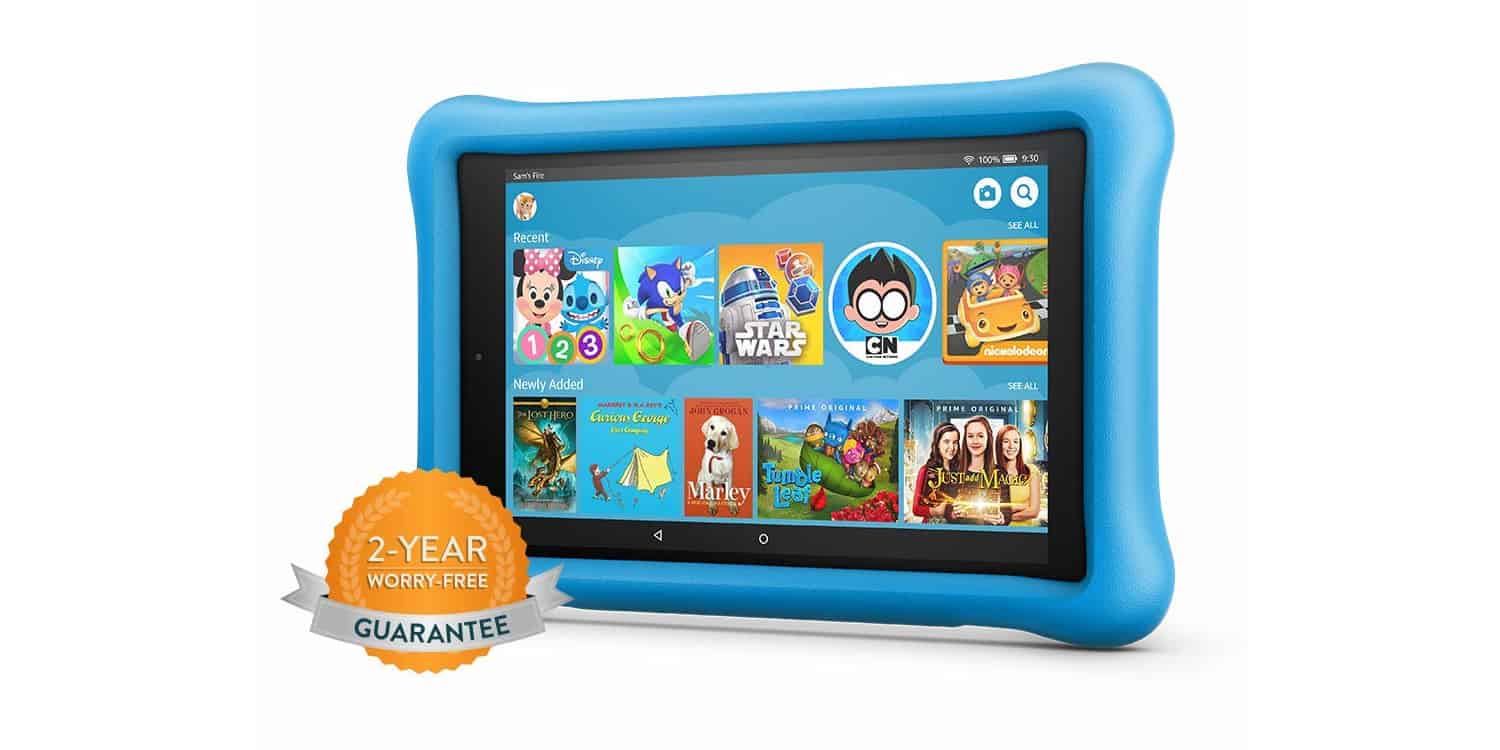 The Fire HD 8 with a kid-proof case, an extended guarantee, and a year of FreeTime Unlimited. 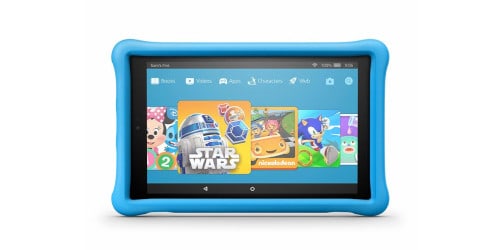 Once again, this the the regular device with a kid-proof case, an extended guarantee, and a year of FreeTime Unlimited added into the deal. 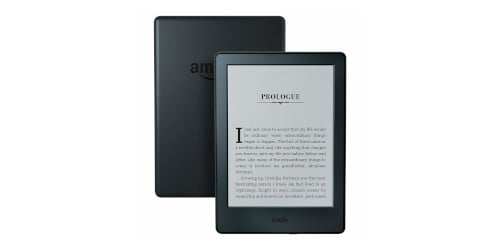 The Kindle's glare-free screen and low price tag make it a great choice for readers who want to check out e-books. 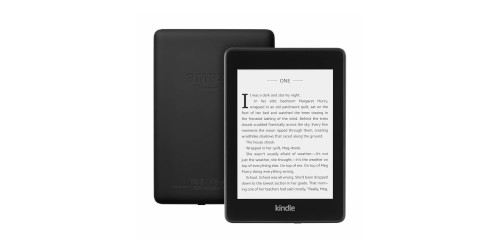 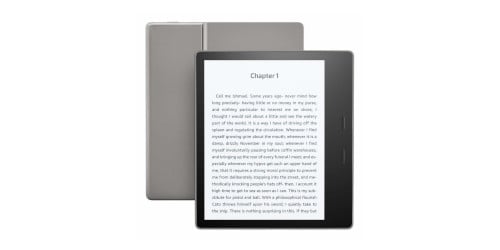 A larger, LED-lit display and page-turn buttons set this high-end device apart from its little brothers.