CBS is a big TV network. In fact, it's one of just four channels that we consider to be the biggest and baddest of the channels. It’s also one of our country's oldest television networks and actually predates cable itself! So you might wonder: if CBS is so big, and is older than cable, then why do I need cable to watch it? The simple answer is that you don't. In this article, we'll show you how to watch CBS without cable. We'll cover a number of ways to get a (legal) CBS livestream, while reminding you of the merits of broadcast television. You may not realize that this old-school, over-the-air TV network now offers many modern perks. Read below to see our guide to watching CBS without cable.

How to Watch CBS Online and Over the Air Without Cable

Below, you'll find the various services and methods that you can use to watch CBS without cable. But first, a brief primer on one type of service you’ll use to do that.

It's called a live TV streaming service, or “skinny bundle” service, and it's exactly what it sounds like: a way to watch live TV over the internet. The “skinny bundle” nickname comes from the size of the channel package. The slimmer bundles are, as you might expect, more affordable.

There are multiple great live TV streaming services that you can use to watch CBS without cable, and we'll list them first. After that, we'll cover over-the-air TV and CBS's own app, Paramount Plus.

The service formerly known as DIRECTV NOW may have once shared its name with a certain legacy pay-TV provider, but this AT&T-owned service is plenty modern and, of course, includes your CBS livestream. For more, be sure to check out our AT&T TV review.

Stream CBS for free with Hulu

The name “Hulu + Live TV” is pretty straightforward, and so are Hulu + Live TV's offerings, which include a CBS livestream. You can read our review of Hulu + Live TV here, or you can just check it out for yourself by taking advantage of the weeklong free trial. You can sign up for the free trial with the link above.

Stream CBS for free with FuboTV

If you're interested in CBS because of its sports broadcasts, you may want to pay extra attention to fuboTV, which purports to be the best live TV streaming service for sports fans. Whether it lives up to that billing is a debate for a different piece, but there's no denying that fuboTV has plenty of sports channels, as well as plenty of networks that will appeal to the non-sports fans among us. One of them, of course, is CBS. You can test things out risk-free when you take advantage of fuboTV's free trial offer. To get your hands on that free trial offer, just click the link above.

Stream CBS for free with Paramount Plus 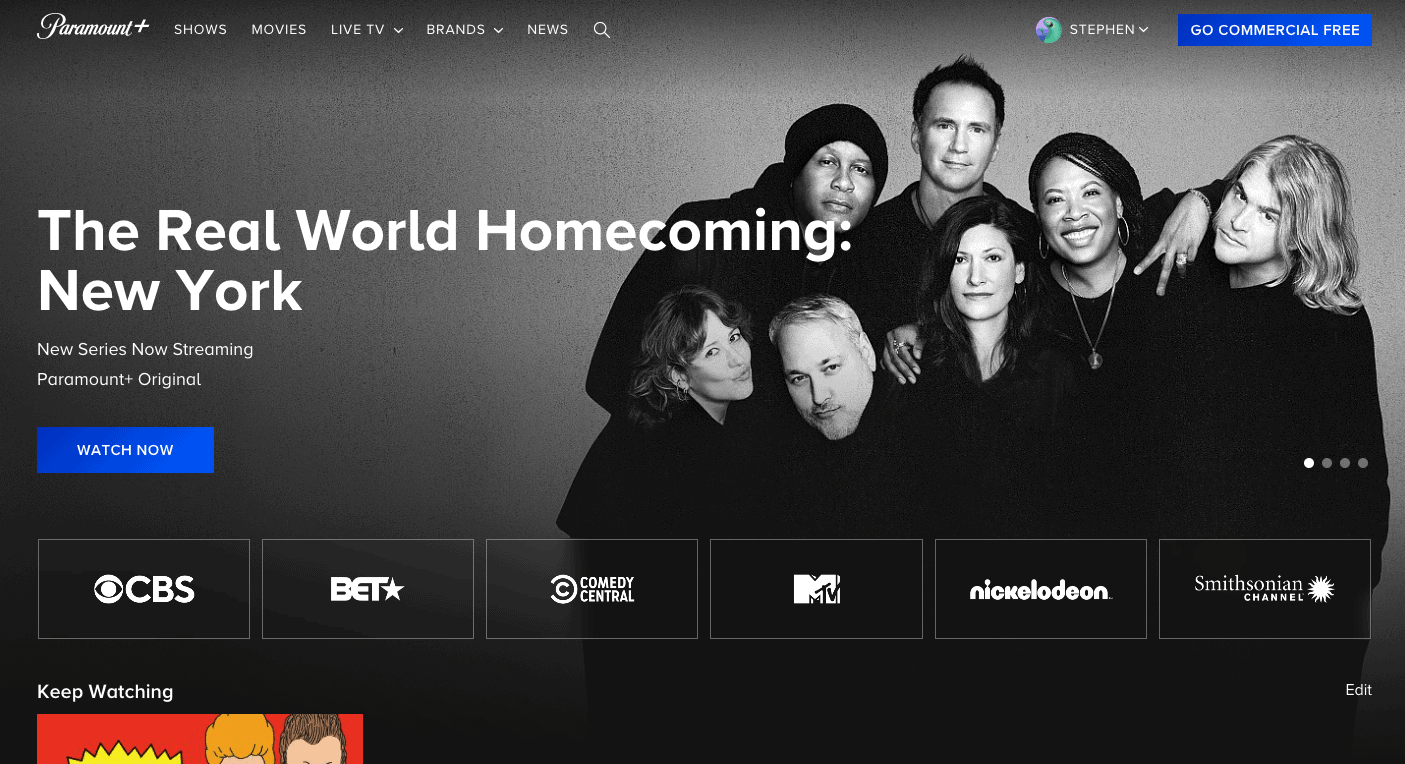 Paramount Plus used to be known as CBS All Access, but now it’s rebranded as Paramount Plus. Why Paramount Plus? Maybe the people in charge liked both mountain peaks and math. We’re not sure, but the rationale behind the name change isn’t as important as the fact that you can get CBS this way. You can also get a free trial of Paramount Plus via the link above.

Over-the-air TV is “broadcast television,” and it's the perfect way to watch CBS without cable for free. CBS, like the rest of the major networks, boasts a huge network of affiliates all across the country. These affiliates often have their own broadcast towers, which send a live feed of CBS all over your region. It's all around you, so grab an antenna and take advantage! You'll find your reception is in crisp HD. Antennas have changed quite a bit since your grandpa's day.

Can I Watch CBS on Roku, Fire TV, Apple TV, or Chromecast?

CBS is a major broadcast network, so it makes sense that it would also have major platform support. You can watch it on Roku, Fire TV, Apple TV, Chromecast, and more! There’s no need to limit yourself to watching CBS on one device when you can watch it on, well, pretty much all of the devices. Check out the chart below to find out more.

Paramount Plus is too new to make the chart, but you’ve got plenty of ways to watch that streaming service as well. Namely, via Roku, Fire TV, Apple TV, Android TV, Chromecast, Android mobile devices, and web browsers. Yup, it looks like Paramount Plus works with every device on the chart!

More to Watch for Fans of CBS

What should CBS fans watch when they’re not watching CBS? Well, we mentioned four major networks in the intro to this piece. Those other networks are ABC, FOX, and NBC. We’ve got guides for watching them all without cable, but we suggest starting with ABC, mostly because it’s first if you order things alphabetically. Turn to our guide to watching ABC without cable to find out how, and happy streaming!

9 thoughts on “How to Watch CBS Without Cable”