ESPN has been around more than 40 years, which makes ESPN+ is its much younger streaming sibling. It debuted in 2018, and now it’s a place for everything from UFC events to Peyton’s Places, which is a show where Peyton Manning visits sporty sites. We think he goes without Brad Paisley, but we’re not positive.

Compared to this long history in TV, ESPN’s streaming service is still relatively new. But ESPN+ is already a big deal for cord-cutting sports fans. While sports used to be hard to find on streaming services, 2020 is a Golden Age for watching sports without subscribing to cable (incidentally, this is probably the only time you’ll ever see the words “Golden Age” and “2020” in the same sentence).

If you’ve ever taken advantage of a streaming TV deal, you know it’s not the type of thing that requires you to go to the mall or local big box store. That’s always been good news for introverts, but this year, it’s good news for everyone. Stores like Walmart are shifting strategies in light of the ongoing pandemic, but you won’t have to change much at all if you want to get a great deal on ESPN+ this Black Friday. The biggest thing you can do is pay attention and keep your credit card nearby.

What kind of Black Friday ESPN+ deals can you expect to see in 2020? It’s a little hard to say right now, as many places haven’t even announced their deals yet. We expect you’ll be able to find some kind of ESPN+ bargain this Black Friday, though. When we hear about it, you can expect to read about it below. We know that saving money on holiday shopping is more important than ever during tough economic times, and we don’t want you to pay any more than necessary for ESPN+.

What is Cyber Monday? It’s a day where you can find a lot of the same deals that you find on Black Friday. Except it’s not on a Friday; it’s on a Monday. This year, Cyber Monday falls on November 30, so that’s also when you can expect to see Cyber Monday ESPN+ Deals.

Cyber Monday was invented in 2005, and it seems to get bigger and bigger every year. In 2019, people spent more than $9 billion on goods on Cyber Monday. Of those sales, more than $3 billion in purchases were made using smartphones. We’re long past the days when you had to log onto your laptop to beat the virtual crowds. Nowadays, if you want to find a deal, you can do it from your phone. You don’t even have to get out of bed if you want, and you definitely don’t have to put on real pants.

How do you feel about bundles? There’s a decent chance that your best shot at an ESPN+ Black Friday deal will come via a bundle. That means you’ll get multiple streaming services instead of just ESPN+. You can save more money this way, but you’ll also have to be OK with that extra content. So if ESPN+ comes bundled with Hulu and Disney+, make sure you’re interested in those other services. It’s not a big deal in most cases, but it’s always better to be informed.

You should also be aware that access to ESPN+ is not the same thing as access to the traditional ESPN channel. There’s a lot of content on ESPN+, but it’s not exactly the same stuff you’ll see on the cable channel. I looked at the “upcoming” tab on ESPN+ and found that my alma mater was playing a football game that would air live on ESPN+. But I went to a smallish state school in Texas, one with a Lumberjack for a mascot. In other words, ESPN+ won’t be a place where you typically find marquee college football matchups.

Here’s another good savings strategy: Don’t assume you know everything about the deal before you click on it and enter your credit card information. You may be able to get a Black Friday ESPN+ deal that runs for a whole year, or you may get one that only runs for a month or two. If the price is going to change on you after a certain amount of time, make sure you know exactly when that change takes effect. No one wants to look at their credit card statement and see a charge that’s bigger than what they expected.

We’d also encourage you not to wait too terribly long if you see an ESPN+ deal you like. There are some decisions that require a lot of thinking, like buying a car. But when it comes to ESPN+ Black Friday and Cyber Monday deals, you’re better off doing most of that thinking before late November rolls around. These deals last anywhere from a few hours to a few days. It’s not the type of thing where you can bookmark a deal and then come back to it a couple weeks later.

Late November is always one of the best times of year for deals. In fact, the number of deals can get overwhelming, but that’s why we’re here. We don’t want you to miss anything good. You’ll get all the info you need to start saving on ESPN+.

If you’re visiting this page after early December, don’t despair. There are still some valuable deals worth pursuing, and you can learn more about them on our evergreen ESPN+ Deals page. And if you’re not sold on the service just yet, check out our ESPN+ review. 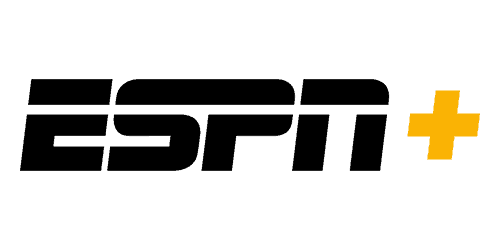