$50. Speeds of up to 100 Mbps. T-Mobile 5G Home Internet might be the single most exciting deal in home internet. Sign up today.

There's nothing else in sports like the NCAA basketball tournament. In the span of just a few weeks, we'll see a field of 68 determined teams whittled down to just one national champion. It's March Madness, and you can't afford to miss a second of it — which is why you'll need to know how to watch March Madness without cable. Read on for every way to watch March Madness, from cable-free NCAA Tournament streaming options to good old-fashioned free antenna broadcasts.

Unlike last year's canceled tournament, this year's edition of March Madness is starting on time. Things kick off in mid-March with the traditional Sunday “Selection Show,” and the tournament starts just two days later. The final games will be played in April. The action will air on CBS, TBS, TNT, and TruTV. Of those, the most important channel to lock down is CBS — that's where you'll get the biggest games, including the championship matchup.

Let's take a look at the full schedule:

Like many big sporting events, March Madness gives us lots of ways to watch online. The best-known option is the NCAA March Madness Live app, but be warned: You'll get only a limited amount of free streaming before the app will ask you to log in with a pay TV subscription.

Fortunately, there are other streaming and cable-free options to consider. The clear winners here are live TV streaming services, a/k/a “skinny bundles,” which offer cable-like channel bundles at lower prices. But you'll also want to consider options like Paramount+, which is CBS's dedicated streaming app. And it's also well worth grabbing an antenna before the madness begins — it won't get you every game, but it will likely cover you for the CBS games, which are the tournament's biggest and best matchups.

Let's take a look at the full list! These are your options for watching March Madness online or over the air — no cable required.

DIRECTV Stream is one of the best ways to stream March Madness. AT&T's live TV streaming service has all the channels you know and love from cable and satellite. It's a solid value with a huge selection of networks, including every channel you'll need to catch all the March Madness action.

The live TV deal from beloved streaming brand Hulu earned high marks from us in our Hulu + Live TV review, and it also happens to include every single channel that you'll need for full March Madness coverage: CBS, TBS, TNT, and TruTV. CBS is technically only available in select markets (this is true of all pay TV streaming services — and of cable giants, too, for that matter), but coverage is great, so you're likely to get all of these channels if you subscribe to Hulu + Live TV.

fuboTV is a streaming service that anchors its appeal in sports coverage, so it's no surprise to find it on this list. With that said, fuboTV is currently a little less mad for March than some of the streaming competition — the service is still in a carriage dispute that is keeping the Turner networks off of the fuboTV channel lineup. That means that fuboTV is a great way to stream the CBS games, but it won't work for the games on TBS, TNT, or TruTV. This could change at any moment if fuboTV and Turner get a deal hammered out, but right now, fuboTV can only promise a portion of madness happening this March.

Sling TV is the longest-tenured live TV streaming service on the market, and it's been a favorite of ours since the very first edition of our much-updated Sling TV review. These days, Sling TV has a bit of an issue with major networks — a couple are missing from the Sling TV channel list, and CBS is among those that are MIA. The good news is that TBS, TNT, and TruTV are all available through Sling TV, so you'll still have plenty to watch. Just be sure to pair Sling TV with another solution, like Paramount+ or an over-the-air antenna, to ensure that you can catch all of the games. 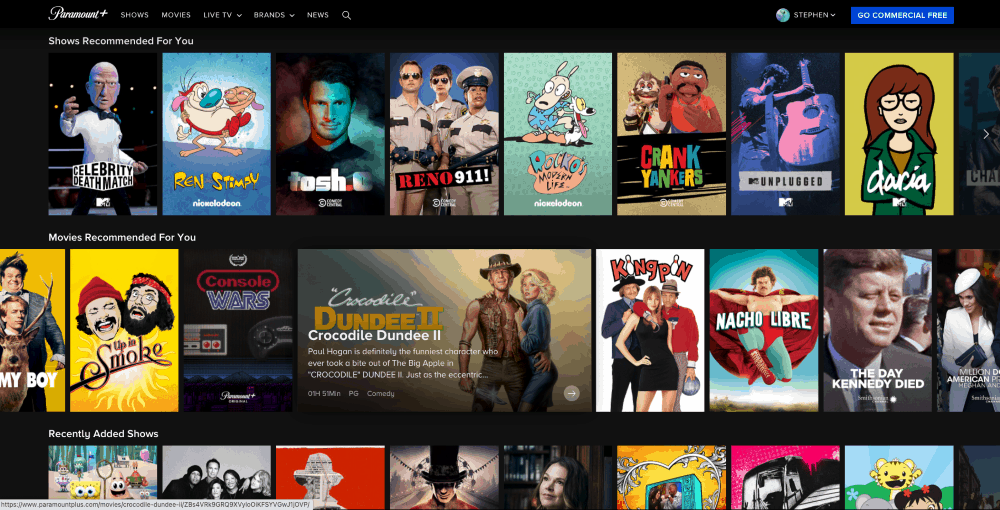 Paramount+ is the new streaming service from CBS-Viacom. It's a re-branded and re-launched improvement of an older streaming service called CBS All Access. Like its predecessor, Paramount+ offers live streaming, including live sports from CBS and even (in some markets) a full live feed of your local CBS station. Paramount+ won't cover the games that air on the Turner networks (TBS, TNT, and TruTV), but it's a very affordable way to zero in on the big CBS broadcasts. With Paramount+, you can ditch cable and still catch the Selection Show, big games from every round of the tournament, and the final championships game itself.

YouTube TV is a live TV streaming service that offers a cable-like bundle of live TV channels. It competes with the likes of Hulu + Live TV and Sling TV, and it does a pretty good job of holding its own. YouTube TV is a strong option for March Madness because it includes CBS, TBS, TNT, and TruTV — meaning you can catch every game of the tournament on this service.

Some streaming apps demand that users sign in with pay TV information. We don't usually include these in our “How to Watch” lists because they aren't “stand-alone” solutions — you still need to pay for cable, satellite, or another form of pay TV (streaming services like Hulu + Live TV can often activate these apps as well).

The March Madness Live app is a little different, though, and we really like it. You can stream three hours on this app for free, no cable login required. That's a far cry from unlimited free NCAA Tournament streaming, but it's also nothing to sneeze at — that will net you a game or two, and can be especially helpful if you have CBS via an antenna or Paramount+ and just want to grab a little bit of TBS, TNT, or TruTV action on the side. March Madness Live is available on the NCAA’s website as well as in apps for iOS, Android, and other platforms.

One of the best-kept secrets in cord cutting is free over-the-air TV. Antenna TV never went away, and but it has evolved into stunning HD broadcasts — all available live and completely for free. Over-the-air TV (or “OTA” TV, for short) is only an option for “broadcast” networks, meaning channels that have their own broadcast towers. The Turner networks (TBS, TNT, and TruTV) are cable channels, so you'll need a pay TV subscription to get those. But CBS is a broadcast network, meaning that anyone within antenna range of a local CBS affiliate can get everything on CBS for free just by setting up an OTA antenna. That means Selection Sunday, the championship game, and all of the biggest matchups in between — the best of the NCAA Tournament for free, no cable required.

Can I watch March Madness on Roku, Fire TV, Apple TV, or Chromecast?

Of course, you don't have to limit your streaming to your smart TV or streaming stick. You can also catch March Madness on your smartphone or tablet — or even use multiple devices at once. Over here at CordCutting.com HQ, we like to watch CBS via an antenna on our TV with TBS via Hulu on our laptop and, just for good measure, TNT via March Madness Live on our iPhone. That's what March is all about, folks!

Madness is a state of mind, so don't limit yourself to streaming just the big games. If you're looking for news, recaps, and coverage, we recommend finding a way to stream ESPN or watch FS1 without cable — you'll find that many of the options on our list above work great for these channels, too. And while you won't find tournament games on the service, we think ESPN+ is a fantastic choice for die-hard sports fans. It supplements your regular sports diet with even more live sports, replays of news and analysis coverage, and on-demand sports documentaries and specials.

Can't get enough basketball? Don't forget that the women's NCAA tournament is in March, too. That tournament's home is the ESPN family of networks, which means you'll want to check out our article on how to watch ESPN without cable. And when all is said and done, get ready for next year by checking out our complete guide to watching college basketball without cable, from the opening tip-off to the final buzzer of the championship game.

3 thoughts on “How to Watch March Madness Without Cable”