Live TV streaming services were supposed to beat cable at its own game. Years after Netflix and Hulu made cord-cutting tempting, live TV services seemed to make it a no-brainer: For the first time, cutting the cord didn’t have to mean giving up live “cable” TV at all.

Live TV streaming seemed like the perfect antidote to those ever-increasing cable prices. But our October 2021 analysis suggests that we were a bit too tough on those high-priced cable bundles. Only half a decade into the live TV multichannel experience, we're already seeing live TV streaming bundles bloat and prices soar. The cable alternatives, such as YouTube TV or fuboTV, are starting to look more like cable clones.

We’ve been tracking prices of all streaming services, including live TV streaming, since 2015 (see our methodology), the same year that Sling TV and PlayStation Vue became the first nationally available streaming “skinny bundles.” Since then, the live TV streaming industry has seen big changes.

The on-demand streaming world looks different, too — there was no HBO Max or Disney+ back in 2015. But while the landscape has changed quite a bit, the prices of many services have not. Despite several well-publicized price hikes, Netflix still maintains an option that costs just $1 more per month than a Netflix subscription did in 2010 — an “increase” that actually trails inflation.

The current $6.99 price of Hulu’s ad-supported service is also lower than the peak of $7.99 per month. New arrivals such as Disney+, Apple+, and Peacock have tended to aim for lower price points. Even Netflix’s high-end options and WarnerMedia’s HBO Max — among the priciest on-demand options — each cost less than $20 per month.

The low and stable prices of these on-demand streaming services are things that fans of live TV streaming can only dream of. 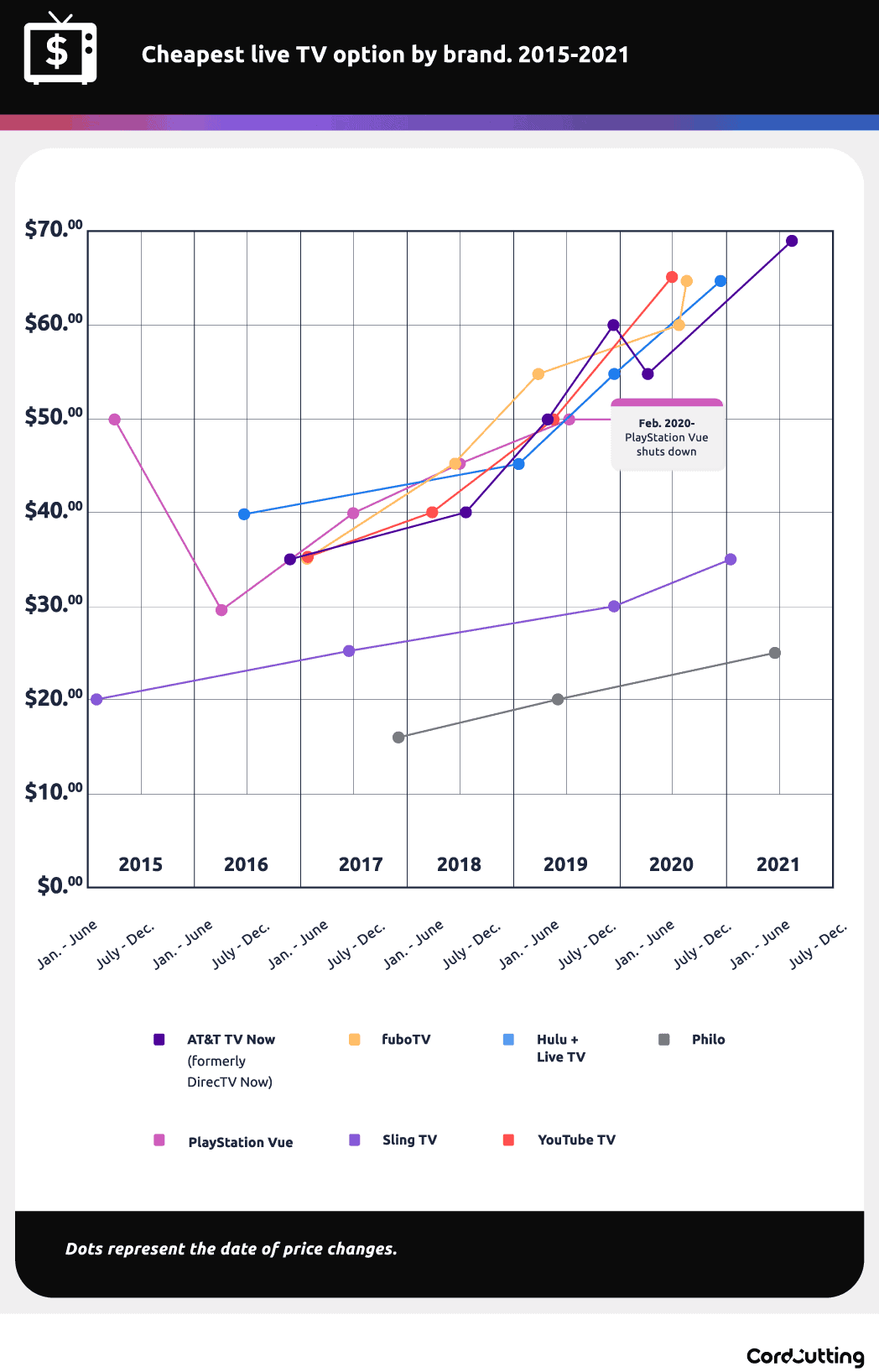 Live TV bundles have not exactly been offering the same product for more and more cash, though: They’ve also been reshaping bundles and adding channels. This makes price increases look more justified but seems to undermine the very reason these services existed in the first place. When Sling TV pioneered the idea of a streaming “skinny bundle,” few would have imagined it competing with the not-so-skinny “Premier” package from DIRECTV Stream — which includes more than 140 channels and starts at $139.99 per month plus tax.

The growing bundles go a long way toward explaining the rising prices, but they’re not the whole story. Even Philo — designed to omit sports, news, and local channels to keep prices low — dropped its lowest-priced bundle, though the remaining bundle’s price of $25 per month is still the lowest in the industry.

In live TV, the trends could not be clearer. In 2020, the average entry-level live TV bundle had increased in price by 35.7 percent since 2015. But that figure somewhat understates the case since so much of the change has happened in the price ladder’s upper tiers. If we average the prices of all major bundles that existed within all brands in the relevant years, we see a price increase of more than 60 percent from 2015 to 2020. 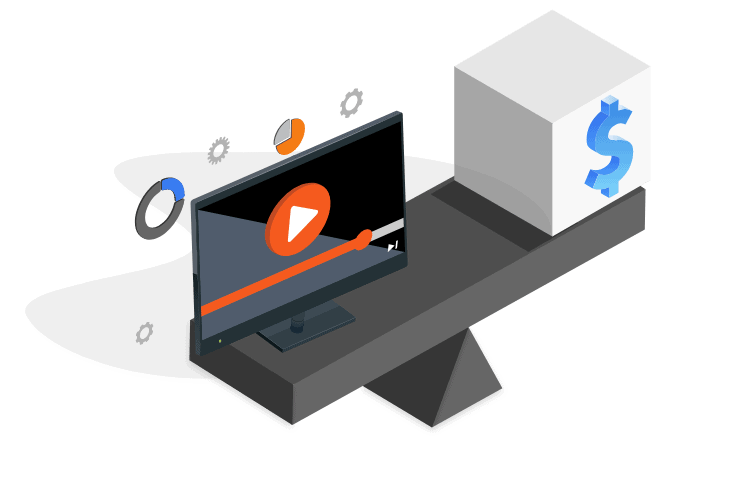 Rising prices were supposed to be cable’s problem, but the truth appears to be more complicated. In creating a type of service that works so similarly to cable, the live TV streaming companies seem to have re-created cable’s problems.

Among those problems are the partial monopolies run by the major media companies. Philo’s low prices are possible in part because it skips local channels (including major networks) and sports channels (such as ESPN). However, refusing to cut deals with networks such as ABC, CBS, Fox, and NBC may be harming its non-local and non-sports lineup. In 2021, Philo’s channel lineup still lacks Disney Channel and Freeform, which are owned by Disney, also the parent company of ABC and ESPN.

As other experts have written, the ability of large media companies to tie their channel offerings together can help inflate pay TV services’ bundles whether the services like it or not. Even if pay TV companies were inclined to let customers choose channels individually — picking up ESPN, for example, and discarding Freeform — the parent companies that run those channel families would reject the idea. Channels belonging to a given parent company are either all on a service or all missing from it; for example, fuboTV has every notable Viacom channel but no Turner networks.

Basically, bundled channels drive up prices on the streaming services’ end. Companies can weather the resulting financial pinch for only so long. It’s an open secret that none of these services turn a regular profit, but there are limits to the losses companies will tolerate, as PlayStation Vue customers discovered when Sony shut down that service. At some point, bundles must swell and prices must rise.

Some services are still holding on to relatively low prices, so all is not yet lost for consumers. But it’s clear that cord cutting alone can’t solve the bundle crunch. Maybe we were too tough on cable companies, after all.

About CordCutting and This Data

CordCutting.com has tracked prices, plans, promotions and channel lineup for streaming services since 2015. Our research team covers consumer purchase behavior, trends and media consumption in the 21st century. CordCutting's editorial section helps Americans find the best streaming TV services. We review and compare every streaming TV service, what it offers and how to purchase it at the most competitive price.