Streaming services make it easier than ever to watch what you want to watch whenever you feel like watching it. Thanks to Netflix and the rest of the streaming gang, you can start and stop your favorite TV shows and movies on a whim. You can even use services like fuboTV to stream live TV, just like you could with cable. It’s all very convenient — as long as you have a way to get all of these great services to play on your favorite TV. That’s where streaming “platforms” and devices come in. Just like you can’t use Microsoft Word without a computer to run it on, you won’t get far trying to watch Netflix or Hulu unless you have a device that runs the app! And one of the most popular streaming devices out there is the Amazon Fire TV Stick, known to many as the “Firestick.” A Fire TV Stick is a fantastic little device that plugs into a TV’s HDMI port. It can turn just about any TV into a “smart TV,” letting you watch all your favorite streaming movies and TV shows the way they deserve to be seen: On your big-screen TV. Amazon’s Fire TV Stick is a very affordable device, especially when you can snag a deal. And there’s no better time to get a discount on Amazon devices than on Prime Day, Amazon’s very own sales holiday. There are sure to be Prime Day deals on Fire TV Sticks this year, so don’t miss out! Remember, this year’s Prime Day event takes place October 13-14.

Prime Day works a lot like Black Friday or Cyber Monday does, except that it’s all about Amazon. That’s right: Amazon is so big that it invented its own version of Black Friday, just for Amazon sales. During last year’s Prime Day event, the company made more than $7 billion in sales.

Remember, though, that Prime Day is a special event for Amazon customers and Amazon customers only. In order to partake of Amazon’s big Prime Day sales, you’ll need to be an Amazon Prime member. Don’t worry too much about that, though — as we’ll talk about in a moment, it’s not hard to sign up.

For now, let’s talk about Fire TV Stick deals. We’ll be checking for new sales all the time between now and when the clock strikes midnight after Prime Day, so keep checking back on this page for the latest list of Fire TV Stick Prime Day sales and promotions. 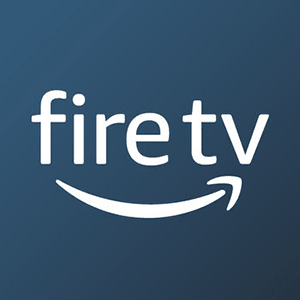 So you want to save big on a Fire TV Stick on Prime Day, eh? Well, we’ve got a few shopping tips that could help you out. If you want to land the Fire TV Stick at the very best possible price, pay close attention!

Whatever you do, I’d recommend grabbing an Amazon Prime subscription before the big day. That’s because the deals will be coming fast and furious on Prime Day. Signing up from Amazon Prime won’t take long, but you won’t have a second to waste on Prime Day.

That brings us to our next point: Act fast! Amazon’s big day of sales includes plenty of day-long discounts and promotions, but you’ll also see a constant running list of limited-time deals on Amazon throughout Prime Day. Short-term flash sales and other time-limited sales can move fast, so don’t waste any time. We also think that you’ll find that some of the most popular items that go on sale on Prime Day will sell out. Once they’re out of stock, these items will most likely stay out of stock for the rest of Prime Day — and when they are finally restocked, you’ll probably find them listed at their normal, non-Prime Day prices. All of this means one thing: You have to act fast if you don’t want to miss out on savings. If you’re sure that you want to take advantage of a deal, don’t hesitate!

Of course, we don’t want you making any rash decisions, either. The best way to avoid catching “Prime Day fever” and buying things you don’t need is simply to do your research ahead of time and go into Prime Day already knowing what you want. Read our review of the Fire TV Stick and other devices, and get a sense of which devices you’d consider (and at which prices). Think about how often you use Amazon Prime Video and other Amazon Video services, which work particularly well with the Fire TV Stick. Then, when Prime Day is rolling out sale after sale, you’ll be able to stay calm and act deliberately without moving too slow to catch the deals.

There’s nothing like Prime Day! If you’re an Amazon Prime member, Prime Day is the perfect day to snag a Fire TV Stick at a discount. In fact, it’s the perfect day to snag a bunch of things at a discount. While you’re at it, don’t forget about the streaming fans on your holiday shopping list — Prime Day could be your best bet for low-cost holiday shopping, too. Whatever you’re after on Prime Day, we hope you find it at a great price. Happy hunting, Prime Day fans!