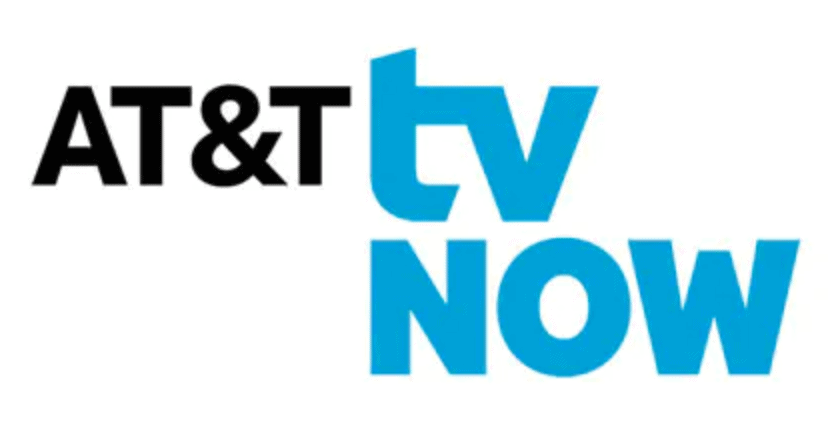 The internet is changing the way that we watch TV, but legacy pay TV companies aren't just sitting around and waiting for that to happen. Companies like AT&T (which owns satellite pay TV service DirecTV) are moving as fast as their new tech-industry competitors are to try to come up with the next great streaming alternative to cable or satellite. AT&T has managed to come up with two: AT&T TV Now and AT&T TV. The first is a “skinny bundle” style service that works a lot like the other live TV streaming services on the market (you can read all about AT&T TV Now here on Cordcutting.com). But the latter, AT&T TV, is something unique. AT&T TV is a live TV streaming service, but it's the most cable-like live TV streaming service that the cord cutting world has ever seen. In fact, in many ways, AT&T TV isn't a “cord cutting” service at all — though it very much is a streaming service.

Confused? Don't worry. Below, we'll lay out everything that you need to know about AT&T TV, including AT&T TV's channels, how much AT&T TV costs, and how AT&T TV contracts work. We'll also draw contrasts between AT&T TV and the similarly named AT&T TV Now.

What channels are on AT&T TV?

AT&T TV is designed to replace the cable or satellite service that you have now. But, unlike many of its competitors, AT&T TV doesn't make any particularly radical changes to the legacy pay TV model. As we'll see in later sections, some typical cable and satellite traits remain in place with AT&T TV. The fact that AT&T TV is so similar to legacy pay TV offerings makes it even more important to ask the biggest question you can ask any streaming service: What can you watch on this thing?

Good news: AT&T TV offers a very impressive lineup of live TV channels. The bundles vary in size, but they are for the most part quite a bit larger than the ones offered by the aptly named skinny bundle services. Naturally, that means that all of the usual suspects are included:

On top of that, you can snag premium networks like HBO. Generally, getting the premium networks means paying a bit extra, just like it does when you're dealing with a cable or satellite provider.

What devices can I use to watch AT&T TV?

Here at Cordcutting.com, we spend a lot of time talking about platforms and devices. Most people want to enjoy their favorite streaming content on their TV, so it's no surprise that the cord cutting era has seen the rise of smart TVs and TV-connected “streaming boxes” like Roku and Fire TV devices. In contrast to cable, which is often limited to a single cable box that users can connect to their TVs, streaming services tend to be relatively platform-agnostic.

AT&T TV shakes things up a bit, though. Rather than set up its service to be compatible with Roku and other popular platforms, AT&T has created its own dedicated streaming box to go with its new streaming service.

Signing up for AT&T TV will get you AT&T's new streaming box, which you can use to enjoy AT&T TV on whatever TV you'd like. Extra boxes are available. AT&T TV also works on smartphones and tablets via AT&T TV's mobile app.

AT&T TV will not work on any other platforms, though (not as of this writing, anyway). That means no Roku, Fire TV, Apple TV, and so on.

How much does AT&T TV cost?

AT&T TV's cheapest bundle, “Entertainment,” starts at $49.99 per month as of this writing. That price goes up to $93 per month in the second year. That ends up being a pretty good deal for the channels included, but it's important to note that customers will have to sign up for a two-year contract (more on that in the contracts section below).

All of these options come with a one-time activation fee of $19.95.

Choice, Xtra, and Ultimate may also have a regional sports fee tacked on. That can be up to $8.49 per month, depending on what regional sports networks are available in your area.

Finally, we have to mention that all of these prices are before tax, so don't forget to factor Uncle Sam's share in.

All of this means that AT&T TV is generally cheaper than cable and generally pricier than its “skinny bundle” competition — though, of course, the skinny bundles will have fewer channels! As we wrote in our AT&T TV review, this service is definitely designed to appeal to folks who don't want to leave cable's conveniences behind. It's not totally fair to compare AT&T TV's prices to those of skinny bundles, which really serve a different purpose.

Want to get AT&T TV for a bit less? We might be able to help. AT&T periodically runs promotions on this impressive live TV cable alternative, and we keep our eye out for the best deals so that we can pass them on to our readers.

There's another big way to save on AT&T TV. We told you that this service was more cable-like than any live TV streaming service that we'd seen before, and we weren't kidding: Just as cable services can be bundled into other offerings, so can AT&T TV. If you combine AT&T TV with AT&T Internet, you can snag even better promotional rates than the ones we've covered above.

Getting an AT&T TV free trial

AT&T TV's prices are generally a bit better than cable prices, but the pricing structures are pretty similar. A lot of things about AT&T TV are more reminiscent of cable or satellite than of streaming services. Unfortunately, the free trial policy is one of those things. There is no AT&T TV free trial. Sorry!

If you really have your heart set on getting a free trial, then you may want to check out AT&T TV's skinny-bundle cousin, AT&T TV Now.

AT&T TV contracts are reminiscent of cable contracts. The service can offer a better deal to customers, but it's very important that you understand what you might be getting yourself into before you sign on the proverbial dotted line.

The most important thing to understand about AT&T TV's pricing and contracts is that customers have to commit to having the service (and, therefore, paying the monthly fees) for some length of time — typically, two years (or, as AT&T TV likes to put it, “24 months”).

And those 24 months are probably not going to cost you equally. Like other pay TV services, AT&T TV is typically sold at promotional rates that expire after a time (usually a year — or, if you prefer, “12 months”). If you don't read the fine print, you might not realize how much the second year's worth of TV could cost you. Make sure that you read the details of your agreement before you sign up (and don't rely on the numbers on this page, either — we'll strive to keep them up to date, but AT&T TV's own site and agreement information is where you'll want to look).

If you try to cancel before your contract has expired, then you'll be in a tough spot. AT&T TV has all of the leverage in a situation like this, and the terms of AT&T TV's contracts allow them to charge you an “early termination fee.” Right now, the fine print on AT&T TV's website says that early termination fees will ring up at $15 per month remaining on the contract. Depending on how early you try to cancel, that could end up being quite a bit of cash.

You can get out without dealing with all of this if you are quick to change your mind about the service: Cancelling within 14 days (two weeks) will exempt you from the early termination fee. Of course, you'll still be out the activation fee and the first month's payment for service (no matter when you cancel, you won't get any partial refunds for unused days of months you've already paid for).

Naturally, there are no early termination fees for those who cancel after the term of their contract is up.

How to cancel AT&T TV

Had enough of AT&T TV? Here's how to cancel.

Your first step is to get in touch with an AT&T TV representative. You can do that by phone or via online chat. That's about all we can tell you about that; you can find more information in the relevant section of AT&T TV's website.

There's still a little more to do, though, even after you've convinced the representative to help you cancel. You'll have to return the AT&T TV device. If you don't return a rented device, then you'll be subject to a non-return fee (as of this writing, it's $120). If you own the device yourself, you can return it for a refund; fail to return it, and you won't get the refund. You'll have 14 days to return the device. If you got it at an AT&T store, then that same AT&T store is the place to return it to. If you got it in the mail, you need to mail it back. More information is available in the relevant section of AT&T TV's website.

All about AT&T TV

AT&T TV is a unique cable alternative, but it's not the only cable alternative. There are all sorts of ways to cut the cord, and we cover them all here at Cordcutting.com. Be sure to check out our extensive coverage of AT&T TV, including our AT&T TV review and our AT&T TV channel list. Then, move on to check out our other favorite live TV streaming services. You'll find all of this stuff and more on our website, Facebook page, Twitter page, and Instagram page. We're your source for all things cord cutting.