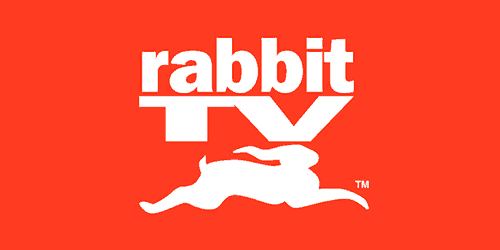 You’ve probably seen the old version of Rabbit TV if you’ve ever walked by an “As Seen on TV” section inside a big box retailer. When Rabbit TV first started, they sold a USB stick that promised thousands of free TV channels. But their business model has changed in the last few years.

You can figure out why by visiting the USB stick’s Amazon page (the stick is only available through third-party retailers). Reviewers complain that the original Rabbit TV was full of false promises and hidden fees. Rabbit TV Plus is an online service that requires no USB stick. But is what they’re offering worth the price? Read on for our Rabbit TV Plus review.

To sign up for the service, I went to Rabbit TV Plus’ website, set up an account, then clicked a link in my email to verify my account. It’s seamless, but it’s not necessarily free. You can get a 30-day free trial, but only if you know where to look. Personally, I Googled “Rabbit TV free trial.” The main Rabbit TV site doesn’t go out of its way to promote the trial.

Anyway, I signed up for the trial. Doing so required forking over my credit card information, so I made a note to cancel before the 30 days were up.

Rabbit TV bills itself as a “great cable alternative,” but best I can tell, it’s more of a content conduit. You’re still getting the shows through the TV networks. If you want to watch an NBC program, you click on the program name and get a list of episodes. Clicking on an episode takes you to NBC’s website to watch the program. It’s fair to wonder what, exactly, Rabbit TV is giving viewers that they can’t get by simply cutting out the middleman.

The Rabbit TV Plus menu is solid but not spectacular. The right side shows tabs like “Cord Cutting 101,” which offers videos for people who are new to this whole game. The most intriguing tab was the “Free HD Antenna” one. But once again, Rabbit TV seems to have an interesting definition of “free.” When I hit the “claim for free” button, I was taken to another page that mentions you need to pay $7.99 for shipping. It’s one of the oldest ploys in the book, but I still found it irritating.

You can get the last few episodes of TV shows from broadcast staples like CBS, NBC, ABC. Etc. Again, this is what you’d get by going to the CW or NBC websites without Rabbit TV’s help.

There are also free movies, albeit not ones that are exclusive to the service. When I clicked to watch a title, I got taken to Crackle. You don’t need Rabbit TV to get free movies through Crackle. All you need is an internet connection.

If you don’t want to spend any (more) money, there’s a neat little slider on Rabbit TV’s site that lets you slide to the right to view only free content. By even the word “free” is a little misleading here, since you’re already paying Rabbit TV a few dollars to aggregate the choices for you.

Moving the slider to the left lets you view all content, including stuff that requires a subscription. I was curious about the sports offerings, since I know a lot of people who stick with cable do it because they think it’s hard to get live sports any other way (that was true a few years ago, but not so much now). Sure enough, watching any ESPN content requires an ESPN subscription.

What if you want free sports? I clicked on the “sports” section of channels and was greeted with … a 1983 NFL game between the Jets and the Saints. I was confused at first and wondered if I had stumbled on some weird Old Football Games channel. Then I noticed the YouTube logo in the corner of the screen.

Clicking on the “news” section got me something called CBS News Network. It looked like a live stream, and it was. But it’s also a live stream you can get on your own by visiting the CBS News website. I tried clicking on Bloomberg News, but that requires a subscription.

The streaming quality is pretty middle-of the-road. On my laptop, it didn’t seem super duper high-def, but it also didn’t look like I was watching things that had been filmed on a potato.

I have to give credit where credit is due: Rabbit TV at least tries to make it easy to link your account to other devices. All you do is click “Connect to TV/Mobile,” and then you’ll have a couple of options. One side of the screen says, “Got hardware?” When you click on the relevant device, you get a brief video tutorial about connecting your device.

If you don’t have hardware, that’s OK as well. You’re supposed to watch a video and then click “start wizard” to get connected anyway.

In addition to Roku TV, Rabbit TV Plus supports Chromecast, Apple TV, and Amazon Fire TV Stick. You can also try to hook up your tablet or smartphone. If you have another type of Smart TV, you can click on “Connect with Smart TV” and choose your brand. Finally, there’s also a tutorial to connect your computer to your TV via old-fashioned ports and cables.

Rabbit TV Plus does seem like an improvement over the original Rabbit TV. However, there are still plenty of less-than-savory aspects to the service. I can’t shake the feeling that their business model depends on charging customers a finders’ fee for content they can get elsewhere at no charge. In other words, it’s mostly going to appeal to people who don’t know that you can watch these shows and movies for free if you do a little searching. Rabbit TV Plus is far from the first company to capitalize on customers’ ignorance, but it still feels kind of shady.

Paying for Rabbit TV Plus feels a bit like paying a delivery fee for pizza. I’m writing this review on a snowy day, so I get that there are sometimes when it’s just not practical to leave the house and pick up the pizza yourself. But in most cases, you’re better off getting in the car and picking up the food yourself. For that and other reasons, I can’t recommend Rabbit TV Plus.